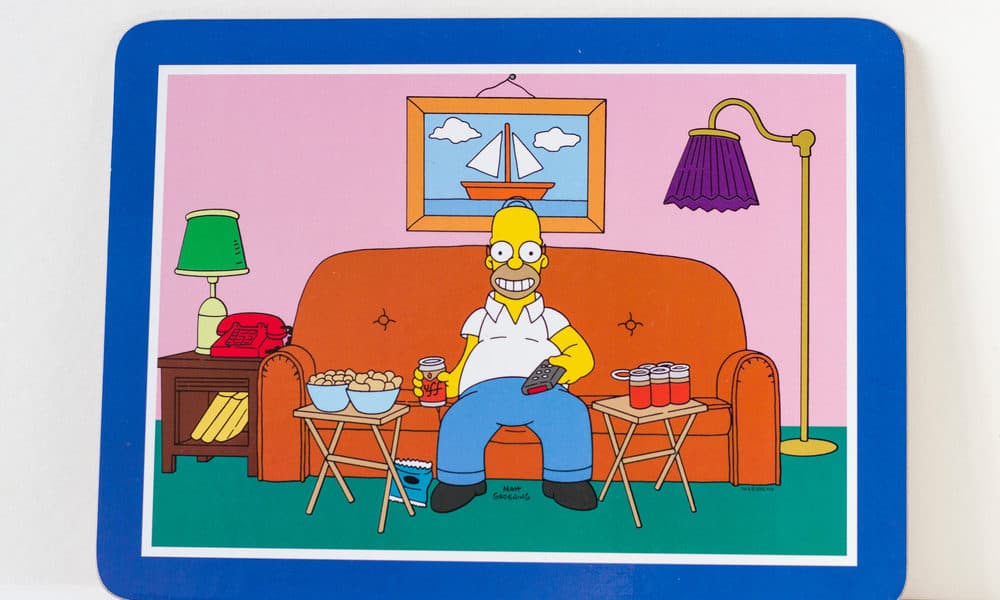 Homer Simpson, the patriarch of the Simpson clan, has been gracing us with his on-screen presence since 1987. Dan Castellaneta, the voice of Homer, debuted the character in The Tracey Ullman Show short “Good Night” on April 19. The family was a big hit, and The Simpsons became an icon of the 90s.

Homer and his wife, Marge, have three children: Bart, Lisa, and Maggie. He is a blue-collar nuclear power plant worker. Poor Homer has some personality flaws, like the fact that he is lazy, aggressive, and immature. His eating habits and drinking problem also cause him issues, but he is inherently a good man.

The stereotypes played up in the show provide comedy, while depicting a man trying to take care of his family. He is a protector, and his family knows they can count on him.

Don’t forget to also check out these The Silence of the Lambs quotes that will give you goosebumps.

1. “To alcohol! The cause of, and solution to, all of life’s problems.” ― Homer Simpson

2. “Yes, honey… Just squeeze your rage up into a bitter little ball and release it at an appropriate time, like that day I hit the referee with the whiskey bottle.” ― Homer Simpson

3. “No, actually a woman is more like a beer. They smell good; they look good, you’d step over your own mother just to get one.” ― Homer Simpson

4. “Marriage is like a coffin, and each kid is another nail.” ― Homer Simpson

5. “Lisa, if you don’t like your job you don’t strike. You just go in every day and do it really half-assed. That’s the American way.” ― Homer Simpson

6. “What’s the point of going out? We’re just gonna wind up back here, anyway.” ― Homer Simpson

7. “People can come up with statistics to prove anything, Kent. 40% of all people know that.” ― Homer Simpson

8. “I don’t know, Marge. Trying is the first step towards failure.” ― Homer Simpson

9. “Getting out of jury duty is easy. The trick is to say you’re prejudiced against all races.” ― Homer Simpson

14. “A boy without mischief is like a bowling ball without a liquid centre.” ― Homer Simpson

15. “Kids, you tried your best, and you failed miserably. The lesson is, never try.” ― Homer Simpson

18. “Mr. Scorpio says productivity is up 2%, and it’s all because of my motivational techniques, like donuts and the possibility of more donuts to come.” ― Homer Simpson

22. “Dear Lord, the gods have been good to me. As an offering, I present these milk and cookies. If you wish me to eat them instead, please give me no sign whatsoever…thy will be done.” ― Homer Simpson

23. “Step aside, everyone! Sensitive love letters are my specialty. ‘Dear Baby, Welcome to Dumpsville. Population: you.’” ― Homer Simpson

24. “Oh yeah, what are you gonna do? Release the dogs? Or the bees? Or the dogs with bees in their mouths and when they bark, they shoot bees at you?” ― Homer Simpson

26. “I can’t even say the word ‘titmouse’ without giggling like a schoolgirl.” ― Homer Simpson

29. “Now Bart, since you broke Grandpa’s teeth, he gets to break yours.” ― Homer Simpson

30. “I’ve gone back in time to when dinosaurs weren’t just confined to zoos.” ― Homer Simpson

31. “Old people don’t need companionship. They need to be isolated and studied so it can be determined what nutrients they have that might be extracted for our personal use.” ― Homer Simpson

32. “I’m normally not a praying man, but if you’re up there, please save me, Superman.” ― Homer Simpson

33. “I saw this movie about a bus that had to SPEED around a city, keeping its SPEED over fifty, and if its SPEED dropped, it would explode! I think it was called “The Bus That Couldn’t Slow Down.”” ― Homer Simpson

34. “No TV and no beer makes Homer something.” ― Homer Simpson

Did you enjoy these Homer Simpson quotes?

Although he is mundanely living the ‘American Dream,’ the show chronicles many of Homer’s crazy experiences, including fighting President Bush. In 2010, Entertainment Weekly named him the second greatest character “of the last 20 years” getting beat out by Bugs Bunny.

Homer’s age is not consistent throughout the show. He starts the series out being 34 and ranges anywhere between there and 40 depending on the season. Homer’s creator, Matt Groening, named the character after his dad.

According to Groening, “Homer originated with my goal to both amuse my real father, and just annoy him a little bit. My father was an athletic, creative, intelligent filmmaker and writer, and the only thing he had in common with Homer was a love of donuts.”

Homer had a contentious relationship with his son Bart for the first part of the series, but that seemed to stem from Homer’s fear that his family would embarrass him. After the first few seasons, writers toned down Homer’s aggressiveness, making him more likable and concerned for his family.

Do you have any Homer Simpson quotes and lines that you would like to add? Leave them in the comment section below.