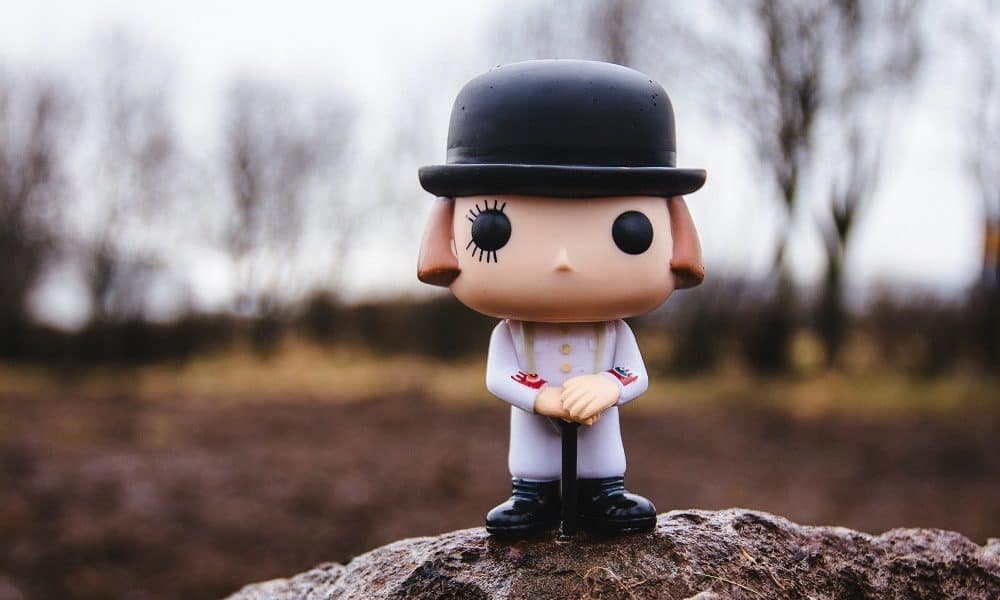 There are a lot of mixed feelings about the film and these A Clockwork Orange quotes will give you a taste of it.

A Clockwork Orange began as a novel written by Anthony Burgess and was turned into a film directed by Stanley Kubrick back in 1971. There were a lot of controversies that surrounded the premiere release of the film. It was released in Britain at a time when people were questioning the impact that watching violence had on people’s behavior.

The novel and film are about a young man, Alex, who leads a gang of his friends in things like ultraviolent acts and rape. Eventually, Alex is turned over to the cops and used for an experimental procedure to fix him.

Here are some of the A Clockwork Orange quotes from the novel and film to give you a small taste of the storyline.

Don’t forget to also check out these Monsters Inc quotes from the hit Disney movie.

1. “If he can only perform good or only perform evil, then he is a clockwork orange—meaning that he has the appearance of an organism lovely with colour and juice but is in fact only a clockwork toy to be wound up by God or the Devil.”

4. “The important thing is moral choice. Evil has to exist along with good, in order that moral choice may operate. Life is sustained by the grinding opposition of moral entities.”

5. “Is it better for a man to have chosen evil than to have good imposed upon him?”

6. “Does God want goodness or the choice of goodness? Is a man who chooses to be bad perhaps in some way better than a man who has the good imposed upon him?”

7. “Goodness comes from within. Goodness is chosen. When a man cannot choose, he ceases to be a man.”

8. “This must be a real horrorshow film if you’re so keen on my viddying it.”

9. “We can destroy what we have written, but we cannot unwrite it.”

A Clockwork Orange quotes from Alex

12. “It’s funny how the colors of the real world only seem really real when you viddy them on the screen.” – Alex

14. “Now they knew who was master and leader. Sheep, though I, but a real leader always knows when like to give and show generous to his unders.” – Alex

15. “It had been a wonderful evening and what I needed now, to give it the perfect ending, was a little of the Ludwig Van.” – Alex

20. “Appy-polly-loggies. I had something of a pain in the gulliver so I had to sleep. I was not awakened when I gave orders for wakening.” – Alex

More quotes from A Clockwork Orange

22. “He ceases also to be a creature capable of moral choice!” – Prison Chaplain

23. “This vicious young hoodlum will be transformed out of all recognition.” – Minister

25. “Choice! The boy has not a real choice, has he? Self-interest, the fear of physical pain drove him to that grotesque act of self-abasement. The insincerity was clear to be seen. He ceases to be a wrongdoer.” – Prison Chaplain

26. “Well, go on, do me in you bastard cowards! I don’t want to live anyway, not in a stinking world like this!” – Tramp

27. “As I was saying, Alex, you can be instrumental in changing the public verdict. Do you understand, Alex? Have I made myself clear?” – Minister

28. “Oh, it’s no world for an old man any longer. What sort of a world is it at all? Men on the moon, and men spinning around the earth, and there’s not no attention paid to earthly lawn and order no more.” – Tramp

29. “Yes, well don’t think about it took long. Just say the first thing that pops into your mind.” – Psychiatrist

30. “Isn’t it your picture in the newspapers? Didn’t I see you on the video this morning? Are you not the poor victim of this horrible new technique?” – Mr. Alexander

A Clockwork Orange quotes about the film

31. “You can’t just shrug it off. But if, as I’ve always thought, A Clockwork Orange is ultimately a contradiction—a classic that is also a failure, and a masterpiece that is somehow less than meets the wide, pried-open eye—its appearance on Netflix is a good opportunity to wrestle with its legacy.” – theringer.com

32. “Disturbing and thought-provoking, A Clockwork Orange is a cold, dystopian nightmare with a very dark sense of humor.” – Rotten Tomatoes critics consensus

33. “Even by today’s standards, it’s a ferocious film staged for maximum discomfort.” – theringer.com

34. “The novel is concerned with the conflict between the individual and the state, the punishment of young criminals, and the possibility or otherwise of redemption.” – anthonyburgess.com

35. “Should we feel sympathy for Alex, or scorn for his richly deserved agony? If we are invited to feel nothing at all, then our very blankness, our neutrality, is our ordeal.” – theguardian.com

Which of these A Clockwork Orange quotes is your favorite?

There were many protests over the film in England back in the 1970s and it was eventually banned by Kubrick due to the response. When it was released in the US, a very short scene was replaced to bring the movie down to an R rating.

In 2019 it was brought onto Netflix and the opinions continue to be mixed by movie watchers. While some appreciate the deeper storyline of the government vs the main character and its ability to control him, others continue to see the film for what it is – somewhat glorifying ultraviolent behavior while making you question if you should feel any empathy for someone who has caused so much pain.

Did you enjoy reading these A Clockwork Orange quotes and lines? Which of the quotes is your favorite? Let us know in the comment section below.