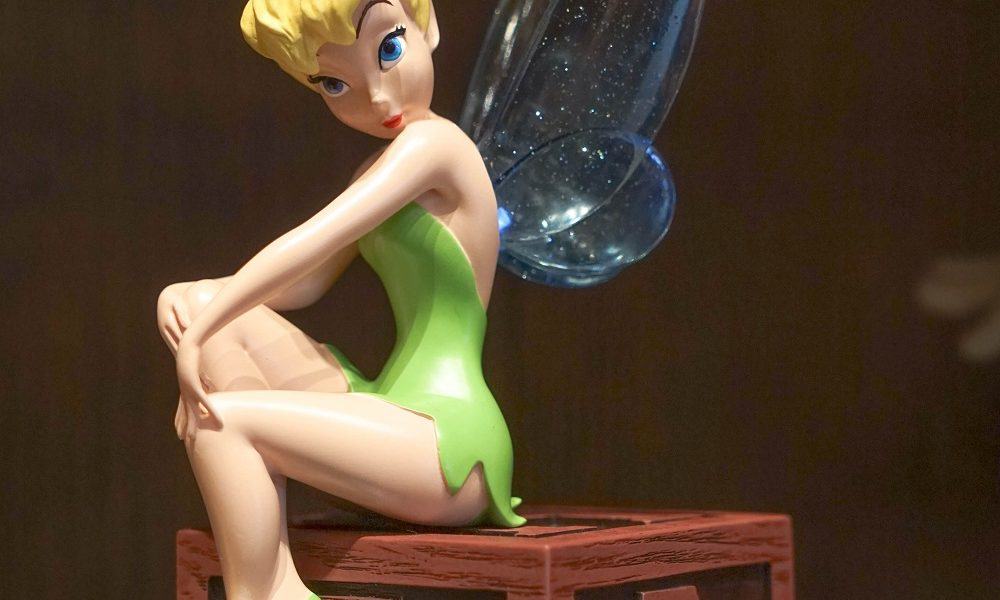 Tinker Bell has been around for a long time, and even though she started out not saying a single word, she has developed over the years. Tinker Bell, who made her debut in 1904, is a fictional character from J. M. Barrie’s 1904 play Peter Pan. She reappeared in its 1911 novelization Peter and Wendy.

Geraldine McCaughrean, commissioned by Great Ormond Street Hospital (which was granted the rights to the characters and writings by Barrie in 1929) wrote a sequel to Barrie’s novel in 2006. Tinker Bell is also in that novel, Peter Pan in Scarlet.

In the original 1953 Disney version of Peter Pan, Tinker Bell doesn’t really say anything. She expresses herself by adorably stomping her feet and waving her hands. If looks could kill, Tinker Bell could have wiped out half the characters with a single snarky glance. Her facial expressions were on point!

Tinker Bell talks in several other films adapted for the character. Keep reading through these Tinker Bell quotes to find out everything you wanted to know about fairies.

Don’t forget to also check out these Peter Pan quotes that will spark your imagination.

2. “Well, I was thinking. Why do I have to be a tinker? Just because some silly hammer glowed? I mean, who’s to say it wasn’t just some big mistake? Maybe I can just switch my talent!” — Tinker Bell

3. “You all do things that are beautiful and magical and… and important. But me… there’s gotta be more to my life than just pots and kettles. All I’m asking you is that you give me a chance.” — Tinker Bell

Bobble: “Must be. He always comes when we yell it.”

5. Terence: “Well, I don’t know. I’m just the dust-keeper guy. I’m not exactly seen as the most important fairy in Pixie Hollow.”

Tinker Bell: “Terence… what are you talking about? You’re probably the most important one there is. Without you, no one would have any magic! Why your talent makes you who you are. You should be proud of it! I mean…”

7. “If you could teach me your talent-any of them- maybe I can show the queen that I can work with nature too! *smacks bug, flicks it away* And then she’d let me go to the mainland for spring!” — Tinker Bell

8. “Look. You all do things that are beautiful and magical and… and important. But me… there’s gotta be more to my life than just pots and kettles. All I’m asking you is that you give me a chance.” — Tinker Bell

9. “Laughter is timeless. Imagination has no age. Dreams are forever.” — Tinker Bell

14. “That’s right, Peter, second star to the right and straight on till morning. Neverland!” — Tinker Bell

15. “The smell of someone who has ridden the back of the wind, Peter. The smell of a hundred fun summers, with sleeping in trees and adventures with Indians and Pirates. Oh, remember, Peter? The world was ours. We could do everything or nothing. All it had to be was anything ’cause it was always us.” — Tinker Bell

16. “Every time someone says ‘I do not believe in fairies’, somewhere there’s a fairy that falls down dead.” — Tinker Bell

20. “Well, whoever you are it’s still you, ’cause only one person has that smell.” — Tinker Bell

Quotes from Peter Pan to Tinker Bell from the movie “Hook”

25. “You’re a… you’re a complex Freudian hallucination having something to do with my mother, and I don’t know why you have wings, but you have very lovely legs, and you’re a very nice tiny person and what am I saying, I don’t know who my mother was; I’m an orphan, and I’ve never taken drugs because I missed the sixties, I was an accountant.” — Peter

28. “To Tinker Bell who is fighting off the pirates: Are you related to Mighty Mouse?” — Peter

Tinker Bell quotes about fairies from Wendy, Peter, and Walt

29. “Fairies have to be one thing or the other because being so small they, unfortunately, have room for one feeling only at a time.” — Peter Pan

30. “When the first baby laughed for the first time, its laugh broke into a thousand pieces, and they all went skipping about, and that was the beginning of fairies.” — Peter Pan

32. “Children know such a lot now. Soon they don’t believe. And every time a child says ‘I don’t believe in fairies’, there’s a fairy someplace that falls down dead.” — Peter Pan

33. “What’s the matter with you? It was poison, wasn’t it? You drank it to save my life. Tink? Dear Tink! You’re dying! Your voice is so low now I can hardly hear you. What’s that? You believe that you could get well again… if children believed in fairies.” — Peter Pan
If you’re enjoying these quotes, make sure to check out our collection of get well soon quotes to tell those you love when they feel under the weather.

Tinker Bell quotes from other films in the Fairies’ Franchise

36. “The greatest treasures are not gold, nor jewels, nor works of art. They cannot be held in your hands. They’re held within your heart. For worldly things will fade away as seasons come and go.” — Tinker Bell, “Tinker Bell and the Lost Treasure”

37. Lizzy: “I had no idea fairies were responsible for changing the seasons. I thought it had something to do with the earth’s axis as it rotated around the sun.”

Tinker Bell: “That’s what we wanted you to think.”

Which of these Tinker Bell quotes is your favorite?

Tinker Bell also appears in most of the opening credits of Disney animated films, as the unofficial mascot of the company. She might not be a Disney princess, but she has an entire series of movies dedicated to her! So far there are eight films in the franchise.

Some of my favorite quotes from Tinker Bell come from the movie Hook. You just can’t go wrong with Robin Williams as Peter Pan and the incomparable Julia Roberts as Tinker Bell. No matter which version of Tinker Bell you are referring to, she has a critical message to deliver to children and adults alike.

Believe in things that you can’t see, like love and magic. You can do anything with a little imagination and a dream. It is little wonder that fans all around the world view her as a symbol of magic.

Did you enjoy these Tinker Bell quotes and sayings? What is your favorite adaptation of Tinker Bell? Share it with us in the comment section below.