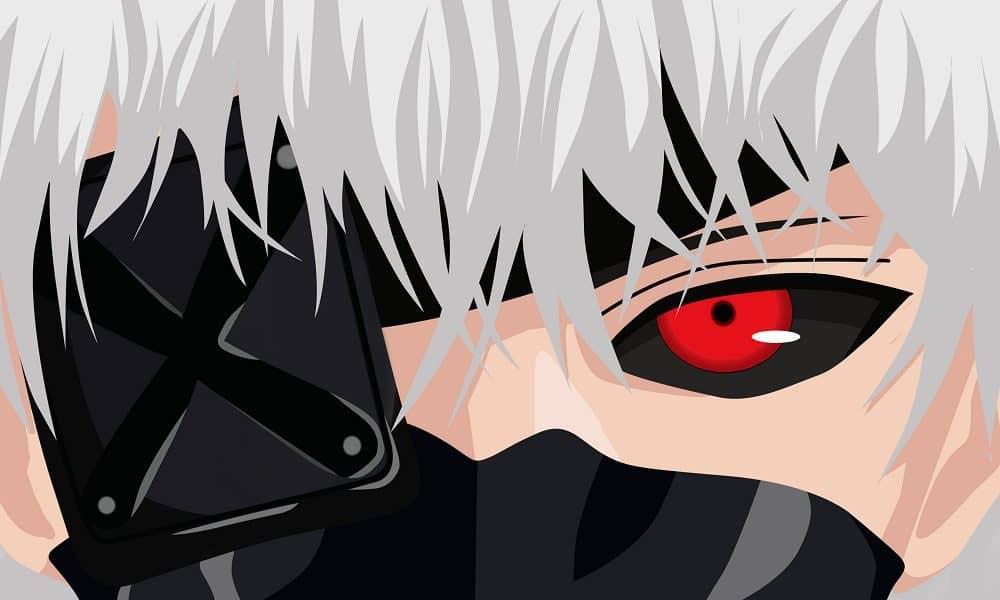 These Ken Kaneki quotes from Tokyo Ghoul reveal his internal struggle with his identity and depression.

Just who is Ken Kaneki? Well, he is the main protagonist of Tokyo Ghoul, a Japanese dark fantasy manga series. Ken was a human who studied Japanese Literature at Kamii University and lived a relatively normal life.

All of that changed when Rize’s kakuhou, a sac-like organ that is only present in ghouls, is transplanted into him. This turned him into a One-Eyed Ghoul. He learned to live as a Ghoul and earned the name Eyepatch.

Author Ishida Sui created the series that chronicles Kaneki’s life struggles while he tries to figure out where he belongs now that he is not a human and is fighting to accept his new reality as a ghoul. He is captured by Aogiri Tree, which prompts him to finally accept his ghoul side.

Ken puts together a team with the goal of protecting the ones he cares about and “plucking out” people who threaten his new home and way of life. Keep reading these Ken Kaneki quotes to learn more about the main protagonist of Tokyo Ghoul.

Don’t forget to also check out these anime quotes to motivate & inspire.

1. “I don’t care about taking the side of those I cannot see. I fight for those close to me. And it just so happens that they’re mostly ghouls.” — Ken Kaneki

2. “You’re wrong. It’s not the world that’s messed up; it’s those of us in it. Yes, some ghouls walk a path that leaves sorrow in their wake, but just like humans, we can choose a different path altogether. We have a lot to learn, both your kind and mine.” — Ken Kaneki

4. “We need to stop fighting and start talking. Because when it comes to the state of the world, you can’t point your finger at ghouls or humans. We’re all to blame.” — Ken Kaneki

5. “Upon entering an open area was the scent of rotting flowers and in the middle of the flowerbed, he stood… Without anyone saying a thing, without his name given, like an unsolved puzzle falling into place by itself, just by seeing that figure, I–understood exactly who I faced. The CCG’s reaper. The undefeated ghoul investigator.” — Ken Kaneki

6. “Had he done this alone?… It’s a lie… Koma… Irimi… After all that… No matter how I tried to rouse my will to fight with hatred, more than sorrow, more than rage, the emotion that arose within me was despair. Because ‘my turn’ was next.” — Ken Kaneki

8. “Never trust anyone too much. Remember, the devil was once an angel.” — Ken Kaneki

9. “All the liabilities in this world are due to the inadequacies of the person involved.” — Ken Kaneki

10. “It’s better to be hurt than to hurt others. Nice people can be happy with just that.” — Ken Kaneki

11. “The pain you feel today will be the strength you’ll have tomorrow.” — Ken Kaneki

13. “I think what’s necessary is the ‘right distance.’ Instead of mutually tramping on each others’ existence, we should just respect each other a little more.” — Ken Kaneki

15. “Sometimes you’re confronted with the ugly parts of yourself that you don’t want to see, but books can also tell you a lot about the things you didn’t notice when you’re just trying to get through somehow.” — Ken Kaneki

16. “Donato has to keep proving himself. He wants to prove just how valuable he is. Isn’t that the case with you as well? Because you are the same as Donato. All you’re doing is indulging in this twisted self-value that you have to yourself. And if you don’t, you won’t last.” — Ken Kaneki

Cool Ken Kaneki quotes about himself

17. “If you were to write a story with me in the lead role, it would certainly be… a tragedy.” — Ken Kaneki

20. “I have to learn by experiencing things myself.. that’s all I can do.” — Ken Kaneki

21. “Anyone who tries to take my friends from me will get no mercy.” — Ken Kaneki

25. “I keep it all inside because I’d rather the pain destroy me than everyone else.” — Ken Kaneki

28. “I don’t want someone to see the good in me. I want someone who sees the bad and still wants me.” — Ken Kaneki

29. “Take me by the hand, as if to fill the niches in the memories in my brain fluid. Without even hesitating, we kept walking. Nasty clouds floated in the sky, I know it will happen to me the next time I wake up.” — Ken Kaneki

30. “I’m not the protagonist of a novel or anything. I’m just a college student who likes to read like you could find anywhere. But… if for argument’s sake, you were to write a story with me in the lead role, it would certainly be… a tragedy.” — Ken Kaneki

Ken Kaneki quotes From Tokyo Ghoul about pain and life

31. “Pain tells you when you have been wounded badly.” — Ken Kaneki

32. “But you know what the best thing about pain is? It tells you you’re not dead yet!” — Ken Kaneki

34. “Human relationships are chemical reactions. If you have a reaction, then you can never return back to your previous state of being.” — Ken Kaneki

35. “Why is it that the beautiful things are entwined more deeply with death than with life?” — Ken Kaneki

36. “My severe injuries had healed and the sweet taste of blood coated my mouth. I kept walking, my goal vague… trying to dispel the building unease in my chest…” — Ken Kaneki

37. “I led me by the hand as if to fill the niches in the memories in my oozing brain fluid. Without even a destination, we kept walking. Disgusting clouds were floating in the sky. I already know what will happen to me the next time I wake up.” — Ken Kaneki

39. “I won’t forgive anyone who threatens the peace in my life.” — Ken Kaneki

40. “You think something like that would hurt, after all, I’ve been through?” — Ken Kaneki

Which of these Ken Kaneki quotes is your favorite?

What is Ken Kaneki like? Fans of the series know Kaneki is a gentle soul who rarely ever harms another person unless he feels forced. He has a profound fear of being alone and recognizes that he will have no one if he hurts people around him. The thought of being alone haunts him and is a big factor in his protective nature. This is one thing that makes the series easy to relate to.

Kaneki undergoes several personality shifts as the series progresses. When he fully accepts his ghoul side and allows it to consume his human side, his changing hair color notes the change. One part of his personality that doesn’t change is his love of books. Throughout the entire series, Kaneki is an avid reader. This is likely because of a memory of his late father, and their shared love of reading.

What do you think of the Tokyo Ghoul series and Ken Kaneki? Share your thoughts and other favorite Ken Kaneki quotes and lines in the comment section below.