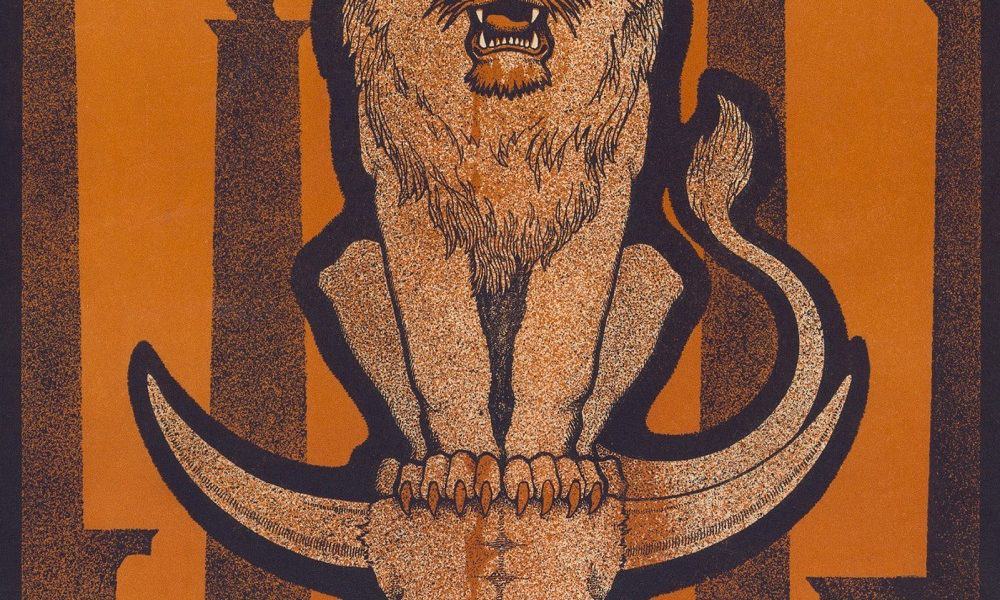 Upton Beall Sinclair Jr. was an American writer who wrote nearly 100 books and other works over several genres. Sinclair’s work was popular in the first half of the 20th century, and he won the Pulitzer Prize for Fiction in 1943. These Upton Sinclair quotes show his views on politics and life.

He was also involved in political activism as an outspoken socialist. He became the 1934 Democratic Party nominee for Governor of California, running an End Poverty in California campaign. He also ran unsuccessfully for Congress as a nominee from the Socialist Party. Ultimately, he was defeated in the 1934 elections.

Sinclair gained fame in 1906 for his novel, The Jungle. The book exposed labor and sanitary conditions in the U.S. meatpacking industry and led to a public uprising that contributed in part to the passage of the 1906 Pure Food and Drug Act and the Meat Inspection Act. His next book would focus on American journalism, so it is no wonder that some of the Upton Sinclair quotes speak to journalism, art, and music.

Don’t forget to also check out these David Foster Wallace quotes from the philosophical American author.

1. “All truly great art is optimistic. The individual artist is happy in his creative work. The fact that practically all great art is tragic does not in any way change the above thesis.” — Upton Sinclair

2. “All art is propaganda. It is universally and inescapably propaganda; sometimes unconsciously, but often deliberately, propaganda.” — Upton Sinclair

3. “The proletarian writer is a writer with a purpose; he thinks no more of art for art’s sake than a man on a sinking ship thinks of painting a beautiful picture in the cabin; he thinks of getting ashore – and then there will be time enough for art.” — Upton Sinclair

4. “Journalism is one of the devices whereby industrial autocracy keeps its control over political democracy; it is the day-by-day, between-elections propaganda, whereby the minds of the people are kept in a state of acquiescence so that when the crisis of an election comes, they go to the polls and cast their ballots for either one of the two candidates of their exploiters.” — Upton Sinclair

5. “American journalism is a class institution, serving the rich and spurning the poor.” — Upton Sinclair

6. “We define journalism in America as the business and practice of presenting the news of the day in the interest of economic privilege.” — Upton Sinclair

Upton Sinclair quotes about capitalism, America, and other world views

8. “One of the necessary accompaniments of capitalism in a democracy is political corruption.” — Upton Sinclair

10. “American capitalism is predatory, and American politics are corrupt: The same thing is true in England and the same in France; but in all these three countries the dominating fact is that whenever the people get ready to change the government, they can change it.” — Upton Sinclair

11. “You don’t have to be satisfied with America as you find it. You can change it. I didn’t like the way I found America some sixty years ago, and I’ve been trying to change it ever since.” — Upton Sinclair

12. “The remedy [for the Great Depression] is to give the workers access to the means of production, and let them produce for themselves, not for others… the American way.” — Upton Sinclair

13. “The American People will take Socialism, but they won’t take the label.” — Upton Sinclair

14. “The private control of credit is the modern form of slavery.” — Upton Sinclair

15. “Wall Street had been doing business with pieces of paper, and now someone asked for a dollar, and it was discovered that the dollar had been mislaid.” — Upton Sinclair

16. “If we are the greatest nation the sun ever shone upon, it would seem to be mainly because we have been able to goad our wage-earners to this pitch of frenzy.” — Upton Sinclair

17. “In a society dominated by the fact of commercial competition, money is necessarily the test of prowess, and wastefulness the sole criterion of power.” — Upton Sinclair

18. “Dad, as a good American, believed his newspapers.” — Upton Sinclair

19. “To do that would mean, not merely to be defeated, but to acknowledge defeat- and the difference between these two things is what keeps the world going.” — Upton Sinclair

20. “It is difficult to get a man to understand something when his salary depends upon his not understanding it.” — Upton Sinclair

21. “There is one kind of prison where the man is behind bars, and everything that he desires is outside, and there is another kind where the things are behind the bars, and the man is outside.” — Upton Sinclair

22. “Man is an evasive beast, given to cultivating strange notions about himself.” — Upton Sinclair

23. “Through fasting…I have found perfect health, a new state of existence, a feeling of purity and happiness, something unknown to humans.” — Upton Sinclair

24. “But the devil is a subtle worm; he does not give up at one defeat, for he knows human nature and the strength of the forces which battle for him.” — Upton Sinclair

25. “Men of unlimited means live lives of unbridled lust, and then, in their old age, they are helpless victims of their own impulses.” — Upton Sinclair

26. “Human beings suffer agonies, and their sad fates become legends; poets write verses about them and playwrights compose dramas, and the remembrance of past grief becomes a source of present pleasure – such is the strange alchemy of the spirit.” — Upton Sinclair

Upton Sinclair quotes about the church, religion, and science

27. “The supreme crime of the church today is that everywhere and in all its operations and influences it is on the side of sloth of mind; that it banishes brains, it sanctifies stupidity; it canonizes incompetence.” — Upton Sinclair

28. “But I have a conscience and a religious faith, and I know that our liberties were not won without suffering, and maybe lost again through our cowardice. I intend to do my duty to my country.” — Upton Sinclair

29. “Turn over the pages of history and read the damning record of the church’s opposition to every advance in every field of science.” — Upton Sinclair

30. “I am sustained by a sense of the worthwhileness of what I am doing; a trust in the good faith of the process which created and sustains me. That process I call God.” — Upton Sinclair

31. “The first thing brought forth by the study of any religion, ancient or modern, is that it is based upon Fear, born of it, fed by it — and that it cultivates the source from which its nourishment is derived.” — Upton Sinclair

33. “There is a score of great religions in the world, each with scores or hundreds of sects, each with its priestly orders, its complicated creed and ritual, its heavens and hells. Each has its thousands or millions or hundreds of millions of true believers, each damns all the others with more or less heartiness – and each is a mighty fortress of graft.” — Upton Sinclair

34. “A large section of the idling classes of England get their incomes by believing that Jesus was born of a virgin and that Jonah swallowed a whale, and with the progress of science they were naturally finding this more and more difficult. A school of ingenious Bible-twisters arose, to invent symbolical and literary meanings for fairy tales, in order that people who no longer believed could continue with good conscience to collect the salaries of belief.” — Upton Sinclair

Upton Sinclair quotes about himself

35. “I know you are brave and unselfish people, making sacrifices for a great principle, but I cannot join you.” — Upton Sinclair

36. “I intend to do what little one man can do to awaken the public conscience, and in the meantime, I am not frightened by your menaces.” — Upton Sinclair

37. “I am a person who has never used violence himself. My present opinion is that people who have obtained the ballot should use it and solve their problems in that way.” — Upton Sinclair

38. “I don’t know whether anyone will care to examine my heart, but if they do, they will find two words there- ‘social justice.’ For that is what I have believed in and fought for.” — Upton Sinclair

39. “I aimed at the public’s heart, and by accident, I hit it in the stomach.” — Upton Sinclair

40. “I have not only found good health but perfect health; I have found a new state of being, a potentiality of life; a sense of lightness and cleanness and joyfulness, such as I did not know, could exist in the human body.” — Upton Sinclair

41. “They use everything about the hog except the squeal.”― Upton Sinclair, The Jungle

42. “This was in truth not living; it was scarcely even existing, and they felt that it was too little for the price they paid. They were willing to work all the time; and when people did their best, ought they not to be able to keep alive?”― Upton Sinclair, The Jungle

43. “A wonderful privilege it was to be thus admitted into the soul of a man of genius, to be allowed to share the ecstasies and the agonies of his inmost life.”― Upton Sinclair, The Jungle

What did you learn from these Upton Sinclair quotes?

The Brass Check, which was published in 1919, was another expose, this time centered on American journalism. The bought drew attention to yellow journalism and the limitations of the “free press” in the United States. The first code of ethics for journalists was developed four years after the book’s publication.

One of his most remembered quotes is: “It is difficult to get a man to understand something when his salary depends upon his not understanding it.” This line was popular in speeches from his campaign for governor. He used it to explain why the editors and publishers of California’s major newspapers would not treat his proposals seriously.

We can read many of his novels as historical works, as they were written during the Progressive Era. Sinclair’s writing depicts the world of industrialized America from the perspective of both the workingman and the industrialist. If you haven’t read The Jungle yet, definitely give it a read the next time you have some free time.

What’s your biggest takeaway from these Upton Sinclair quotes and sayings? Do you have any other favorite quotes to add? Let us know in the comment section below.