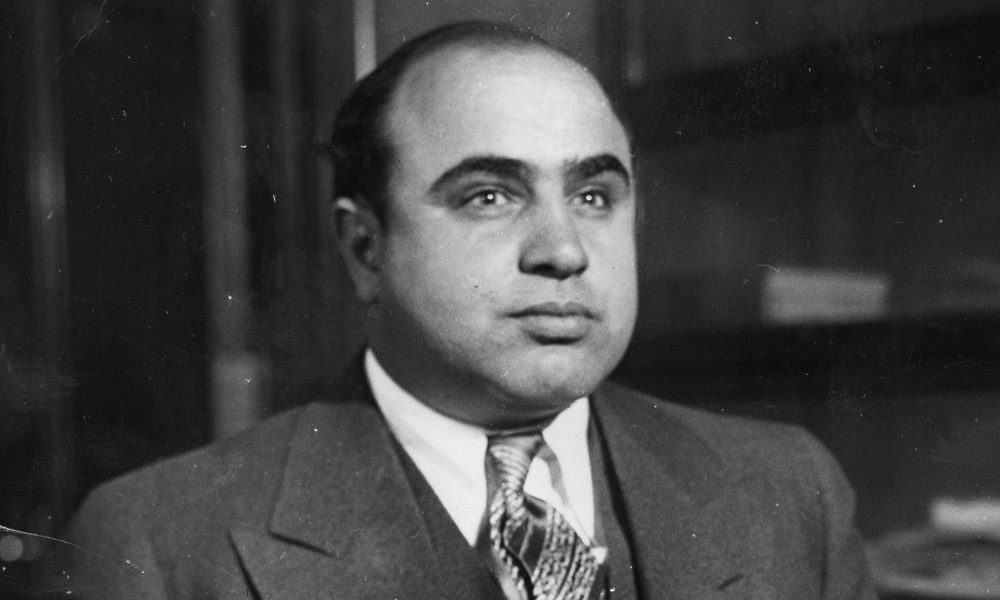 Al Capone, also known as Scarface, was an infamous crime boss during the prohibition era in the United States. Here are some of the most notorious Al Capone quotes.

Born in 1899, Al Capone started drifting toward a life of crime at the age of 14. Capone dropped out of school after striking a teacher and began to work small, labor jobs to earn his way. Soon after, he joined the James Street Boys, a gang run by Johnny Torrio. Quickly, Capone climbed the ranks and he followed Torrio to Chicago in 1920.

Don’t forget to also check out these Scarface quotes about being the tough guy.

1. “The country wanted booze and I organized it. Why should I be called a public enemy?” — Al Capone

2. “Nobody was ever killed except outlaws, and the community is better off without them.” — Al Capone

3. “It’s pretty tough when a citizen with an unblemished record must be hounded from his home by the very policemen whose salaries are paid, at least in part, from the victim’s pocket. You might say that every policeman in Chicago gets some of his bread and butter from the taxes I pay.” — Al Capone

4. “Once you’re in the racket, you’re always in it. The parasites will trail you, begging for money and favors, and you can never get away from them no matter where you go.” — Al Capone

5. “I never stuck up a man in my life. Neither did any of my agents ever rob anybody or burglarize any homes while they worked for me. They might have pulled plenty of jobs before they came with me or after they left me, but not while they were in my outfit.” — Al Capone

6. “The funny part of the whole thing is that a man in this line of business has so much company. I mean his customers. If people did not want beer and wouldn’t drink it, a fellow would be crazy for going around trying to sell it!” — Al Capone

7. “I have always been opposed to violence, to shootings. I have fought, yes, but fought for peace. And I believe I can take credit for the peace that now exists in the racket game in Chicago. I believe that the people can thank me for the fact that gang killings here are probably a thing of the past.” — Al Capone

8. “Prohibition has made nothing but trouble.” — Al Capone

9. “A crook is a crook, and there’s something healthy about his frankness in the matter. But any guy who pretends he is enforcing the law and steals on his authority is a swell snake. The worst type of these punks is the big politician. You can only get a little of his time because he spends so much time covering up that no one will know that he is a thief. A hard-working crook will and can get those birds by the dozen, but right down in his heart he won’t depend on them-hates the sight of them.” — Al Capone

10. “When I sell liquor, it’s bootlegging. When my patrons serve it on a silver tray on Lakeshore Drive, it’s hospitality.” — Al Capone

11. “Why, the very guys that make my trade good are the ones that yell the loudest about me. Some of the leading judges use the stuff.” — Al Capone

12. “I got nothing against the honest cop on the beat. You just have them transferred someplace where they can’t do you any harm. But don’t ever talk to me about the honor of police captains or judges. If they couldn’t be bought they wouldn’t have the job.” — Al Capone

Al Capone quotes about how it was all just business

14. “All I ever did was sell beer and whiskey to our best people.” — Al Capone

15. “I’m the boss. I’m going to continue to run things. They’ve been putting the roscode on me for a good many years and I’m still healthy and happy.” — Al Capone

16. “Why not treat our business like any other man treats his, as something to work at in the daytime and forget when he goes home at night? There’s plenty of business for everybody. Why kill each other over it?” — Al Capone

17. “Some call it bootlegging. Some call it racketeering. I call it a business.” — Al Capone

19. “They talk about me not being legitimate. Nobody’s on the legit, you know that and so do they. Nobody’s really-on the legit when it comes down to cases.” — Al Capone

20. “All I ever did was supply a demand that was pretty popular.” — Al Capone

21. “I am just a businessman, giving the people what they want.” — Al Capone

22. “Nobody wanted Prohibition. This town voted six to one against it. Somebody had to throw some liquor on that thirst. Why not me?” — Al Capone

23. “Hell, it’s a business… All I do is supply a public demand. I do it in the best and least harmful way I can. I can’t change the conditions. I just meet them without backing up.” — Al Capone

24. “I’m a businessman. I’ve made my money supplying a popular demand. If I break the law, my customers are as guilty as I am.” — Al Capone

25. “Some of the biggest Drys in the country buy from me and have for years, so let’s stop kidding.” — Al Capone

26. “Ninety percent of the people of Cook County drink and gamble and my offense has been to furnish them with those amusements. Whatever else they may say, my booze has been good and my games have been on the square.” — Al Capone

27. “You accomplish more with a smile, a handshake, and a gun than you do with just a smile and a handshake.” — Al Capone

29. “You’d be surprised if you knew some of the fellows I’ve got to take care of.” — Al Capone

30. “I have built my organization upon fear.” — Al Capone

Al Capone quotes about being infamous

31. “It seems like I’m responsible for every crime that takes place in this country.” — Al Capone

32. “I’m a kind person, I’m kind to everyone, but if you are unkind to me, then kindness is not what you’ll remember me for.” — Al Capone

33. “Be careful who you call your friends. I’d rather have four quarters than one hundred pennies.” — Al Capone

35. “I have spent the best years of my life giving people the lighter pleasures, helping them have a good time, and all I get is abuse, the existence of a hunted man.” — Al Capone

37. “Every time a boy falls off a tricycle, every time a black cat has gray kittens, every time someone stubs a toe, every time there’s a murder or a fire or the marines land in Nicaragua, the police and the newspapers holler ‘get Capone.” — Al Capone

38. “In this life, all that I have is my word and my balls and I do not break them for nobody.” — Al Capone

39. “Capitalism gives all of us a great opportunity if we seize it with both hands and hang on to it.” — Al Capone

40. “I would rather be rich, affluent and greedy and go to hell when I die than live in poverty on this earth.” — Al Capone

41. “People who respect nothing dread fear. It is upon fear, therefore, that I have built up my organization. But understand me correctly, please. Those who work with me are afraid of nothing. Those who work for me are kept faithful, not so much because of their pay as because they know what might be done with them if they broke faith.” — Al Capone

43. “Hell must be a pretty swell spot because the guys that invented religion have sure been trying hard to keep everybody else out.” — Al Capone

45. “I’ve lost a million and a half on the horses and dice in the last two years. And the funny part is, I still like ’em, and if someone handed me another million I’d put it right in the nose of some horse that looked good to me.” — Al Capone

46. “Capitalism is the legitimate racket of the ruling class.” — Al Capone

47. “Bolshevism is knocking at our gates, we can’t afford to let it in. We must keep America whole and safe and unspoiled. We must keep the worker away from red literature and red ruses; we must see that his mind remains healthy.” — Al Capone

48. “What do you want to do, get yourself killed before you are thirty? You’d better get some sense while a few of us are left alive.” — Al Capone

Why was he called Scarface?

As most powerful mob bosses are, Capone was a terrifying, violent man who kept his followers loyal through fear. It was well-known that he used violence to silence his enemies, keep eye-witnesses quiet, and to control the power within his gang.

In addition to his reputation, Capone also had a menacing-looking scar that stretched across his cheek. This scar was the incident of a violent scrap Capone caused when he was 21. While serving as a bartender at a brothel-saloon called the Harvard Inn, Capone insulted young gang member Frank Gallucio’s sister, causing Gallucio to lash out with a knife in retaliation.

Though Capone rose to infamy quickly, he was arrested and imprisoned in 1932 at the age of 33. He served seven years. By the time he was released, his brain had become deteriorated due to the effects of syphilis. He died of cardiac arrest in 1947.

We hope you enjoyed these Al Capone quotes and sayings. Let us know your favorite quote in the comments below.