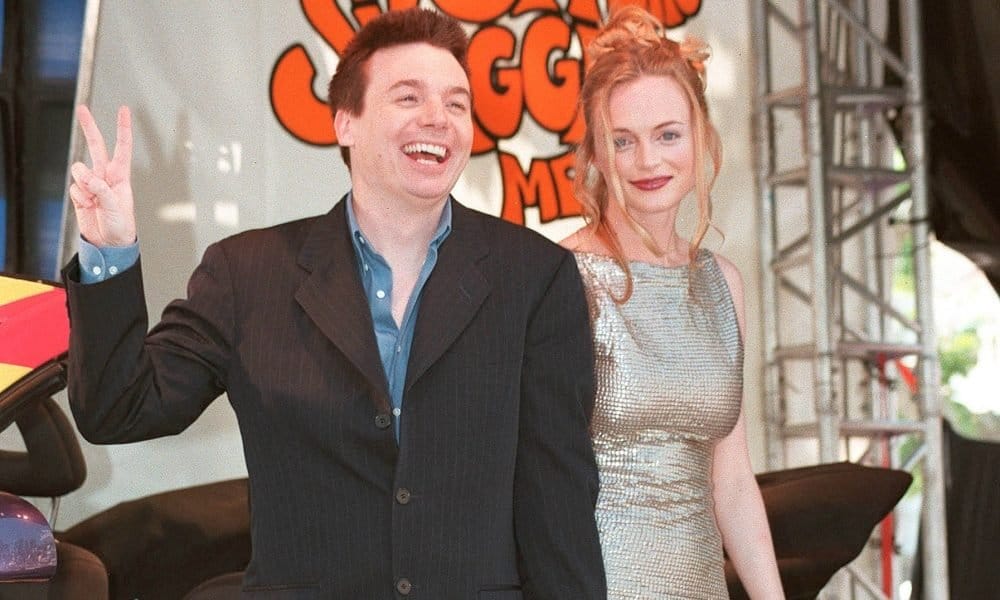 It’s hard not to laugh at these stupid-hilarious Austin Powers quotes from the British superspy.

Austin Powers is that crime-fighting, woman-loving hero that we all love to laugh with. He is a British spy from the 1960s who was cryogenically frozen and brought back in the 1990s in America.

Many of the laughing points of the movies are based on the differences between London in the 1960s and America in the late 1990s.

Austin Powers is famous for his “mojo”. It is his combination of confidence, charm, and swag that allows him to succeed in all situations. He has a trilogy of movies and you will be laughing from the first through the third movie.

Don’t forget to also check out these Dr. Evil quotes from the comical bad guy.

1. “She’s the village bicycle! Everyone’s had a ride.” – Austin Powers

3. “There are only two things I can’t stand in this world: People who are intolerant of other people’s cultures… and the Dutch.” – Austin Powers

4. “You know what’s remarkable? That England looks in no way like Southern California.” – Austin Powers

7. “Well, You Might Be A Cunning Linguist, But I’m A Master Debater.” – Austin Powers

9. “My God, Vanessa’s got a fabulous body… I bet she shags like a minx… How do I let them know because of the unfreezing process, I have no inner monologue? I hope I didn’t just say that all out loud just now.” – Austin Powers

10. “Only two things scare me and one of them is nuclear war. Carnies. Circus folk. Nomads, you know. Smell like cabbage. Small hands.” – Austin Powers

11. “Pardon me for being rude, it was not me it was my food, it just popped up to say hello, but now it’s gone back down below.” – Austin Powers

12. “Well, no offense, but if that is a woman it does look like she was beaten with an ugly stick!” – Austin Powers

13. “That really hurt! I’m gonna have a lump there, you idiot! Who throws a shoe? Honestly! You fight like a woman!” – Austin Powers

14. “Wait Vanessa, I can explain. You see, I was looking for Dr. Evil when the Fembots came out and smoke started coming out of their jomblies. So I started to work my mojo, to counter their mojo; we got cross-mojulation, and their heads started exploding.” – Austin Powers

15. “That’s fascinating, Vanessa. Listen, why don’t we go in the back and shag?” – Austin Powers

18. “First, I plan to soil myself. Then I’m going to regroup and come up with a new plan. Any thoughts?” – Austin Powers

19. “I can’t believe Vanessa, my bride, my one true love, the woman who taught me the beauty of monogamy, was a fembot all along. Wait a tick, that means I’m single again! Oh, behave!” – Austin Powers

20. “The 70s and the 80s? You’re not missing anything, believe me. I’ve looked into it. There’s a gas shortage and A Flock of Seagulls. That’s about it.” – Austin Powers

21. “Oh no, baby. You’re very shagadelic. I just didn’t want to fall in love again, and I thought you’d never love me without my mojo. It’s not you. You’re fab, you’re switched on, you’re a bit of alright! YES!” – Austin Powers

22. “You know, Dr. Evil, I have always thought you were crazy, but now I can see you’re nuts.” – Austin Powers

23. “Mole. Bloody mole. We aren’t supposed to talk about the bloody mole, but there’s a bloody mole winking me in the face. I want to c-u-u-t it off, ch-o-o-p it off, and make guacamole.” – Austin Powers

24. “Well, you make me many things but sleepy’s not one of them.” – Austin Powers

25. “No, I mean, literally, HOW could you do it? The man’s so fat, the sheer mechanics of it are mind-boggling.” – Austin Powers

29. “What we swingers were going against were uptight squares like you whose bag was money and world domination. We were innocent man.” – Austin Powers

30. “No doubt, love, but as long as people are still having promiscuous sex with many anonymous partners without protection while at the same time experimenting with mind-expanding drugs in a consequence-free environment, I’ll be sound as a pound!” – Austin Powers

31. “Well everyone has their own flying car, entire meals come in pill form, and the Earth is run by damn dirty apes.” – Austin Powers

50. “It turns out that Vanessa was a fembot.” – Austin Powers

Which of these Austin Powers quotes is your favorite?

After laughing at the quotes above make sure you rent the Austin Powers movies. We all need to laugh more and these movies will keep you laughing from start to finish. Austin Powers is a hilarious character and the cast of characters he interacts with really keeps you laughing.

These movies are for those times when you don’t want to take yourself or anything else too seriously and just want to laugh and smile. Mike Myers stars as Austin Powers and Dr. Evil and he also wrote the movies. Austin Powers is the superspy for all of the ordinary people and you will find yourself cheering for him and repeating his one-liners for a long time.

Did you enjoy reading these Austin Powers quotes and lines? Which of the quotes is your favorite?