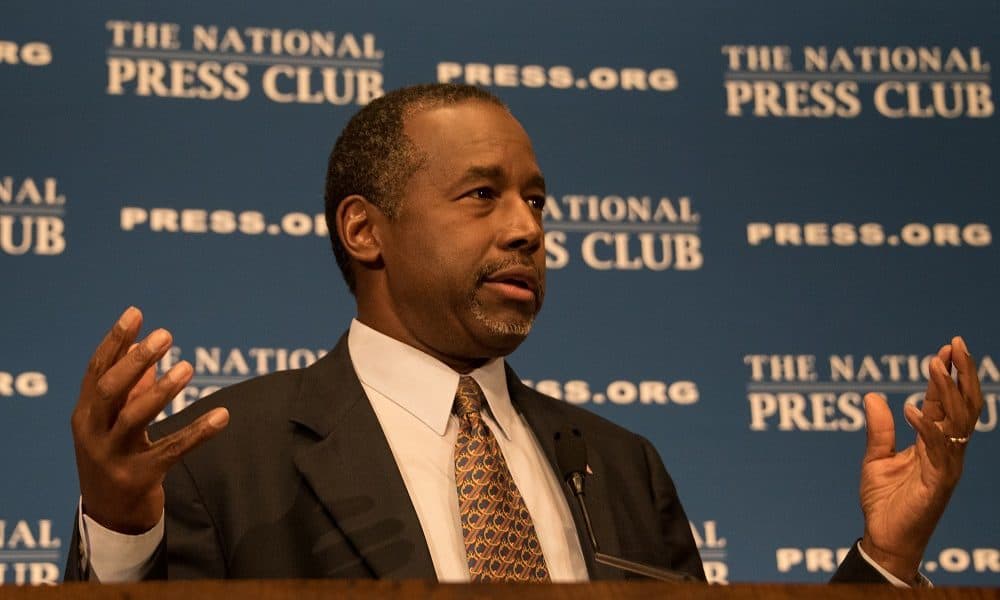 As you will read in these Ben Carson quotes, he is an intelligent man who wants to inspire the world into positive action.

Ben Carson is a well-known neurosurgeon and politician who has etched his name as a prominent doctor and political thinker. After getting educated at prestigious schools such as Yale University and the University of Michigan Medical School, he served as a leading surgeon for more than two decades.

Throughout his career, he was able to make breakthroughs in the world of medicine. One of them was the successful separation of conjoined twins and many other groundbreaking endeavors that made him a world-renowned medical man.

Moreover, Carson is a well-known author. His books included Gifted Hands, ‘One Vote: Make Your Voice Heard Again’, ‘America the Beautiful’ and ‘You Have a Brain’ among others. Because of his great contribution to politics and science, Carson was awarded the ‘Presidential Medal of Freedom’ in 2008. Enjoy these Ben Carson quotes and sayings!

Don’t forget to also check out these John Steinbeck quotes from his classic novels and novellas.

1. “Success is determined not by whether or not you face obstacles, but by your reaction to them. And if you look at these obstacles as a containing fence, they become your excuse for failure. If you look at them as a hurdle, each one strengthens you for the next.” – Ben Carson

3. “Successful people don’t have fewer problems. They have determined that nothing will stop them from going forward.” – Ben Carson

4. “If you hear how wonderful you are often enough, you begin to believe it, no matter how you try to resist it.” – Ben Carson

5. “Here is the treasure chest of the world – the public library, or a bookstore.” – Ben Carson

6. “It does not matter where we come from or what we look like. If we recognize our abilities, are willing to learn and to use what we know in helping others, we will always have a place in the world.” – Ben Carson

7. “If we make every attempt to increase our knowledge in order to use it for human good, it will make a difference in us and in our world.” – Ben Carson

8. “When we are confronted by failure and mistakes, we can leave them behind and go on with our lives.” – Ben Carson

9. “If we develop in-depth knowledge it will enable us to give our best to others and help to make a better world.” – Ben Carson

10. “I am convinced that knowledge is power – to overcome the past, to change our own situations, to fight new obstacles, to make better decisions.” – Ben Carson

11. “People are simply not willing to look at their problems honestly and admit that they have problems.” – Ben Carson

12. “Because if you don’t accept excuses, pretty soon people stop giving them, and they start looking for solutions. And that is a critical issue when it comes to success.” – Ben Carson

14. “While wisdom dictates the need for education, education does not necessarily make one wise.” – Ben Carson

16. “If you can read, honey, you can learn just about anything you want to know.” – Ben Carson

17. “When someone is being particularly mean and nasty, I simply think to myself, he or she used to be a cute little baby, I wonder what happened?” – Ben Carson

18. “There is no freedom without bravery.” – Ben Carson

19. “There is no such thing as an average human being. If you have a normal brain, you are superior.” – Ben Carson

22. “In any career, whether as a surgeon, a musician, or a secretary, one needs to have a confidence that says, “I can do anything, and if I can’t do it, I know how to get help.” – Ben Carson

23. “The human brain has billions of neurons and hundreds of billions of interconnections. It can process more than two million bits of information per second and can remember everything you have ever seen or heard.” – Ben Carson

24. “What is the best thing that happens if we refuse to abide by the dictates of political correctness? I believe that we could return to a nation that truly cherishes freedom of speech and freedom of expression.” – Ben Carson

25. “When the vision of the U.S. government included guarding the rights of people but staying out of their way, America was an economic engine more powerful than anything the world had ever witnessed.” – Ben Carson

27. “Being a member of a minority race doesn’t mean being a minority achiever.” – Ben Carson

28. “If Americans simply choose to vote for the person who has a D or an R by their name, we will get what we deserve, which is what we have now.” – Ben Carson

29. “Everyone in the world is worth being nice to. Because God never creates inferior human beings, each person deserves respect and dignity.” – Ben Carson

30. “God has given us more than fourteen billion cells and connections in our brain. Why would God give us such a complex organ system unless he expects us to use it?” – Ben Carson

32. “Being a doctor at Johns Hopkins does not make me any better in God’s sight than the individual who has not had the opportunity to gain such an education but who still works hard.” – Ben Carson

33. “I have to come to realize that God does not want to punish us, but rather, to fulfill our lives.” – Ben Carson

35. “When I treat other people with kindness and love, it is part of my way of paying my debt to God and the world for the privilege of living on this planet.” – Ben Carson

36. “God cares about every area of our lives, and God wants us to ask for help.” – Ben Carson

38. “He who is slow to anger is better than the mighty, and he who rules his spirit than he who takes a city” (RSV).” – Ben Carson

39. “If we recognize our talents and use them appropriately, and choose a field that uses those talents, we will rise to the top of our field.” – Ben Carson

40. “We get out of life what we put into it. The way we treat others is the way we ourselves get treated.” – Ben Carson

41. “If we commit ourselves to read thus increasing our knowledge, only God limits how far we can go in this world.” – Ben Carson

42. “If we would spend on education half the amount of money that we currently lavish on sports and entertainment, we could provide complete and free education for every student in this country.” – Ben Carson

43. “The doors of the world are opened to people who can read.” – Ben Carson

44. “I came to realize that if people could make me angry, they could control me. Why should I give someone else such power over my life?” – Ben Carson

45. “One dark night the skeletons that they had carefully hidden in an obscure closet appeared, grabbed them around the throat, and strangled them.” – Ben Carson

46. “It’s not what you do but that kind of job you do that makes the difference.” – Ben Carson

47. “By reading so much, my vocabulary automatically improved along with my comprehension.” – Ben Carson

48. “If you’re good, you’ll be recognized. Because people, even if they’re prejudiced, are going to want the best. You just have to make being the best your goal in life.” – Ben Carson

50. “God created us, loves us and wants to help us to realize our potential so that we can be useful to others.” – Ben Carson

What did you learn from these Ben Carson quotes?

Indeed, Ben Carson is one of the best surgeons and a strong thinker in the world. He merged his knowledge and wisdom in both fields to be able to reach out to more people. His forward-thinking attitude is also laudable, inspiring many people from all walks of life through his accomplishments.

As someone who uses his wisdom to help other people, it does not come as a surprise that these Ben Carson quotes transcend generations. Even after this generation, many will surely take the words of Ben Carson as an authoritative voice when it comes to medicine, politics, and life in general.

What’s your biggest takeaway from these Ben Carson quotes and sayings? Do you have any other favorite quotes to add? Let us know in the comment section below.