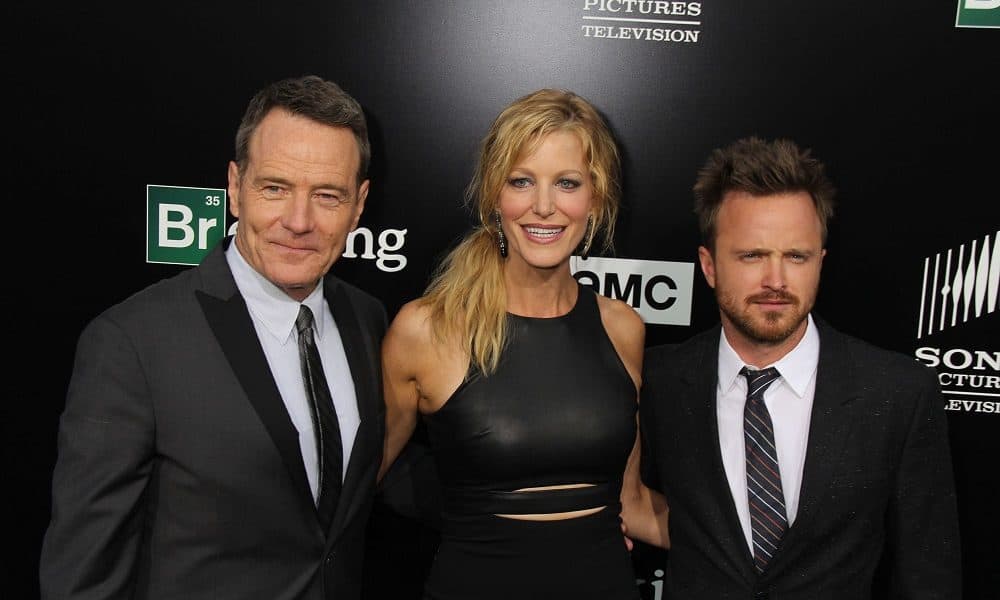 These Breaking Bad quotes feature some of the funniest lines from all the characters and offer some solid life advice.

If you asked my husband if Breaking Bad was the best show ever, he would likely say yes. It is definitely a series that garnered a large cult following. The show aired on AMC from January 20, 2008, to September 29, 2013, comprising five seasons and 62 episodes. It was set and filmed in Albuquerque, New Mexico.

Breaking Bad is a tale about how Walter White (Bryan Cranston), an underpaid, underappreciated, and disillusioned high school chemistry teacher turns to a life of crime. What would cause someone to go down this path? Well, they diagnose White with stage-three lung cancer.

Facing his impending death and need to secure his family’s future leads to him dabbling in the drug world. He partners with a former student, Jesse Pinkman (Aaron Paul), and the pair produce and distribute crystal meth.

This is a terrible idea from the start and exposes him to the belly of the criminal underworld. Vince Gilligan created Breaking Bad, with the idea that the protagonist would become the antagonist, and that happens the deeper the pair become involved in organized crime. Enjoy these Breaking Bad quotes!

Don’t forget to also check out these BoJack Horseman quotes from the hit Netflix show.

3. “Did you know that there’s an acceptable level of rat turds that can go into candy bars? It’s the government, jack.” — Jesse Pinkman

4. “Even government doesn’t care that much about quality. You know what is okay to put in hot dogs? Huh? Pig lips and assholes. But I say, hey, have at it bitches ’cause I love hot dogs.” — Jesse Pinkman

5. “Ah, like I came to you, begging to cook meth. Oh, hey, nerdiest old dude I know, you wanna come cook crystal? Please. I’d ask my diaper-wearing granny, but her wheelchair wouldn’t fit in the RV.” — Jesse Pinkman

7. “This is my own private domicile and I will not be harassed… bitch!” — Jesse Pinkman

8. “We’re all on the same page. The one that says, if I can’t kill you, you’ll sure as shit wish you were dead.” — Jesse Pinkman

9. “When you have children, you always have family. They will always be your priority, your responsibility.” — Gustavo Fring

11. “You need to stop focusing on the darkness behind you. The past is the past. Nothing can change what we’ve done.” — Walter White

12. “Why should we do anything more than once? Should I just smoke this one cigarette? Maybe we should only have sex once if it’s the same thing? Should we just watch one sunset? Or live just one day? Because it’s new every time. Each time is a new experience.” — Jane Margolis

13. “Been thinking about a summer job I used to have marking trees in the woods. Tagging trees is a lot better than chasing monsters.” — Hank Schrader

14. “I’ve been living with cancer for the better part of a year. Right from the start, it’s a death sentence. That’s what they keep telling me. Well, guess what? Every life comes with a death sentence. So, every few months I come in here for my regular scan knowing full well that one of these times—hell, maybe even today—I’m gonna hear some bad news. But until then, who’s in charge? Me. That’s how I live my life.” — Walter White

15. “The thing is if you just do stuff and nothing happens, what’s it all mean? What’s the point?” — Jesse Pinkman

16. “What I came to realize is that fear, that’s the worst of it. That’s the real enemy. So, get up, get out in the real world and you kick that bastard as hard as you can right in the teeth.” — Walter White

17. “And a man, a man provides. And he does it even when he’s not appreciated, or respected, or even loved. He simply bears up, and he does it. Because he’s a man.” — Gustavo Fring

19. “If you’re committed enough, you can make any story work.” — Saul Goodman

20. “The fun’s over. From here on out, I’m Mr. Low Profile. Just another douche bag with a job and three pairs of Dockers. If I’m lucky, a month from now, best-case scenario, I’m managing a Cinnabon in Omaha.” — Saul Goodman

24. “I once told a woman I was Kevin Costner, and it worked because I believed it.” — Saul Goodman

25. “Some people are immune to good advice.” — Saul Goodman

26. “As to your dead guy: occupational hazard. Drug dealer getting shot? I’m gonna go out on a limb here and say it’s been known to happen.” — Saul Goodman

27. “The moral of the story is… I chose a half measure when I should have gone all the way. I’ll never make that mistake again. No more half measures, Walter.” — Mike Ehrmantraut

28. “You’re the smartest guy I’ve ever met. And you’re too stupid to see… he made up his mind ten minutes ago.” — Hank Schrader

29. “Darth Vader had responsibilities. He was responsible for the Death Star.” — Badger

35. “Right now, what I need, is for you to climb down out of my ass. Can you do that? Will you do that for me, honey? Will you please, just once, get off my ass? You know? I’d appreciate it. I really would.” — Walter White

36. “If you don’t know who I am, then maybe your best course would be to tread lightly.” — Walter White

37. “You clearly don’t know who you’re talking to, so let me clue you in. I am not in danger, Skyler. I am the danger. A guy opens his door and gets shot, and you think that of me? No! I am the one who knocks!” — Walter White

39. “I mean, it’s just..it’s the constant, it’s the cycle. It’s solution, dissolution, just over and over and over. It is growth, then decay, then transformation. It is fascinating, really.” — Walter White

41. “Jesse, you asked me if I was in the meth business or the money business… Neither. I’m in the empire business.” — Walter White

44. “To all law enforcement entities, this is not an admission of guilt.” — Walter White

46. “I have lived under the threat of death for a year now. And because of that, I’ve made choices.” — Walter White

47. “Is this just a genetic thing with you? Is it congenital? Did your, did your mother drop you on your head when you were a baby?” — Walter White

48. “There is gold in the streets just waiting for someone to come and scoop it up.” — Walter White

Which of these Breaking Bad quotes is your favorite?

The plan initially started with White and Pinkman making small batches of meth and using a rolling meth lab, it grew into a much bigger operation. White and Pinkman eventually craft a special blue meth that is purer, more addictive, and fuels a higher demand.

Walter’s drug-related crimes eventually put him at odds with the very family he was trying to provide for. He ends up in trouble with the Drug Enforcement Administration (DEA) where his brother-in-law Hank Schrader works.

There is also tension between local gangs, the Mexican drug cartels, and their regional distributors. These factors put his life at risk. *Spoiler Alert* The show ends with Walter dying of a gunshot wound and not lung cancer.

The first season was a little slow, but the series went on to win several awards and critical acclaim. The spin-off, Better Call Saul, another of my husband’s favorite shows is also worth the watch if you are ready to give Breaking Bad a shot on Netflix!