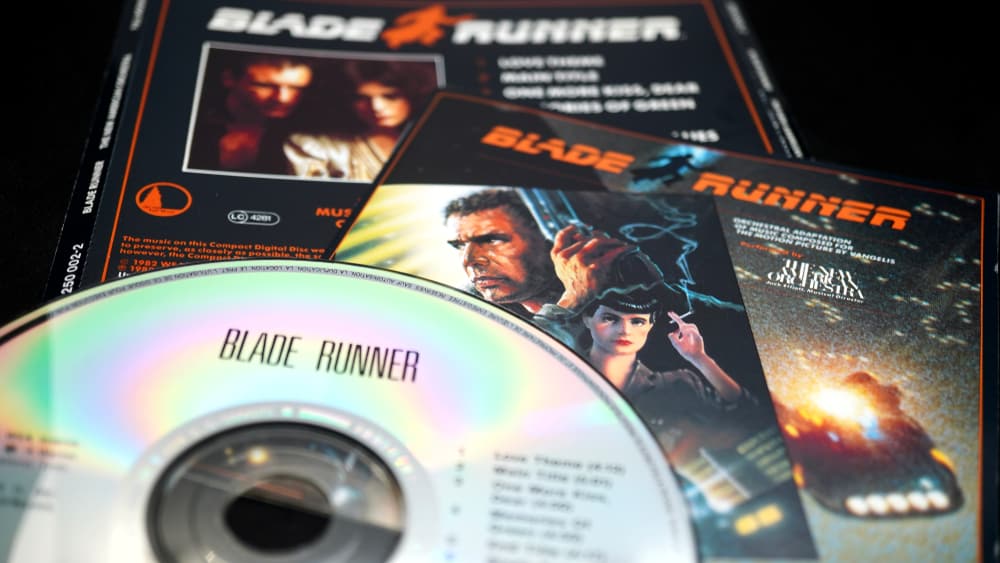 Blade Runner, starring Harrison Ford, is a 1982 science fiction film that is set in the dystopian future of 2019. Thankfully, 2019 looked nothing like the film! In the movie, synthetic humans known as ‘replicants’ are bio-engineered by the powerful Tyrell Corporation to work in space colonies.

In 2019 Los Angeles, former police officer Rick Deckard is detained by officer Gaff and brought before his former supervisor, Bryant. Deckard, who is now a “blade runner” tracks down bio-engineered humanoids known as ‘replicants’ and ‘retires’ them (permanently). Bryant informs Deckard that four replicants are inhabiting the earth illegally.

This visually stimulating film follows Deckard’s efforts to find and retire the androids. There is a little romance too, as Deckard falls in love with Tyrell’s assistant, a replicant that was given memories that enable her to have some emotional responses. Enjoy these Blade Runner quotes!

Don’t forget to also check out these American Psycho quotes that will leave you feeling disturbed.

1. “Pain reminds you the joy you felt was real. More joy, then! Do not be afraid.” — Niander Wallace

2. “Sometimes to love someone, you got to be a stranger.” — Rick Deckard

3. “All the courage in the world cannot alter fact.” — Niander Wallace

4. “I always knew you were special. Maybe this is how. A child. Of woman born. Pushed into the world. Wanted. Loved.” — Joi

5. “They all think it’s about more detail. But that’s not how memory works. We recall with our feelings. Anything real should be a mess.” — Dr. Ana Stelline

6. “The first thought one tends to fear, to preserve the clay. It’s fascinating. Before we even know what we are, we fear to lose it.” — Niander Wallace

9. “We began to recognize in them a strange obsession. After all, they are emotionally inexperienced, with only a few years in which to store up the experiences which you and I take for granted. If we gift them with a past, we create a cushion or a pillow for their emotions, and consequently, we can control them better.” ― Tyrell

Blade Runner quotes from Roy Batty and other characters

10. “Our lives mean nothing next to a storm that’s coming. Dying for the right cause. It’s the most human thing we can do.” — Freysa

14. “He can breathe okay as long as nobody unplugs him.” — Bryant

15. “The facts of life… to make an alteration in the evolvement of an organic life system is fatal. A coding sequence cannot be revised once it’s been established.” ― Tyrell

17. “The light that burns twice as bright burns half as long, and you have burned so very, very brightly Roy.” ―Tyrell

19. “I’ve seen things you people wouldn’t believe. Attack ships on fire off the shoulder of Orion. I watched c-beams glitter in the dark near the Tannhauser Gate. All those moments will be lost in time, like tears in rain. Time to die.” ― Roy Batty

22. “You newer models are happy scraping the shit… because you’ve never seen a miracle.” — Sapper Morton

23. “The World is built in a wall that separates kind. Tell either side there’s no wall, you’ve bought a war. Or a slaughter.” — Lieutenant Joshi

24. “That baby meant we are more than just slaves. If a baby can come from one of us, we are our own masters.” — Freysa

27. “The whole town was somethin’. One time. Forget your troubles, see a show, gamble a little. Winsome money, lose some money. They made money seem like candy.” — Rick Deckard

28. “It was very clever to keep yourself empty of information, and all it cost you was everything.” — Niander Wallace

31. “Nothing is worse than having an itch you can never scratch!” — Leon

32. “That was irrational of you… not to mention unsportsmanlike.” — Roy Batty

Blade Runner quotes that make you laugh or cry

41. “Is this testing whether I’m a Replicant or a lesbian, Mr. Deckard?” — Rachael

43. “Not very sporting to fire on an unarmed opponent. I thought you were supposed to be good. Aren’t you the “good,” man? C’mon, Deckard. Show me what you’re made of.” ― Roy Batty

44. “Replicants are like any other machine, are either a benefit or a hazard. If they’re a benefit, it’s not my problem.” ― Rick Deckard

45. “Fiery, the angels fell. Deep thunder rolled round their shores. Burning with the fires of Orc.” ― Roy Batty

49. “Replicants are like any other machine. They’re either a benefit or a hazard. If they’re a benefit, it’s not my problem.” ― Rick Deckard

50. “Don’t be an asshole, Deckard. I’ve got four skin-jobs walking the streets.” ― Bryant

Critics had mixed reviews about the film, praising its cinematic quality, but bemoaning the slower pace. However, the movie was a hit among fans and influenced video games, anime, and television shows.

2019 might not have featured androids infiltrating the earth, but some of the movie’s themes were relevant. Corporate power creates paranoia and distrust among humanity. The police are omnipresent and corrupt. Like many dystopian films, it taps into our fears about technology and losing natural life.

There is an ongoing debate about whether Deckard himself is a replicant. The writer, director, and Harrison Ford all had different opinions and ultimately left it ambiguous. In the director’s cut, there are scenes that lead the viewer to believe he is a replicant.

What do you think? Are you team human, or team replicant? Let us know in the comment section below, along with any other favorite Blade Runner quotes and lines.