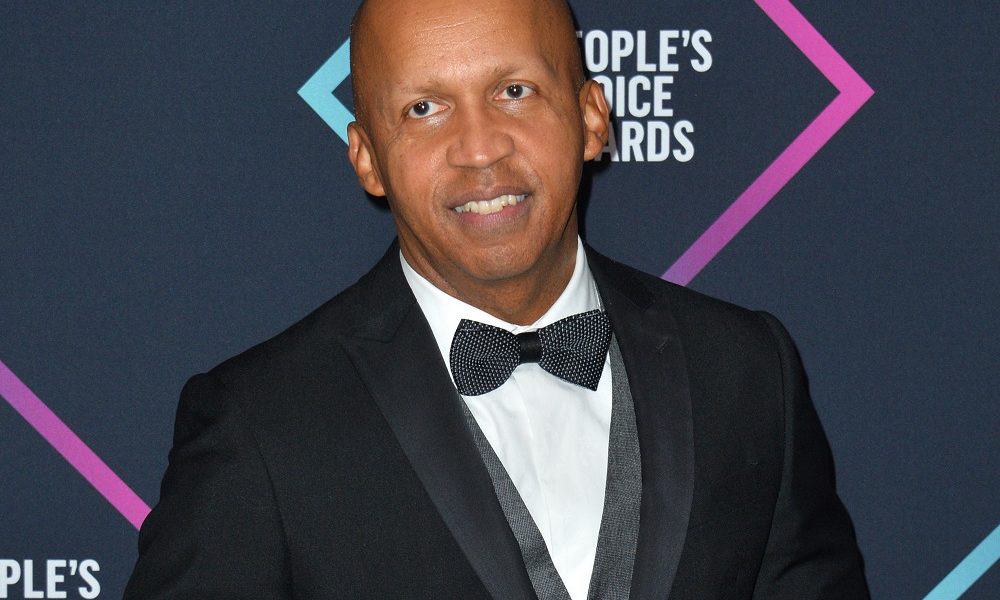 These Bryan Stevenson quotes on mercy and justice will give you a new perspective on race and the death penalty.

Bryan Stevenson is a lawyer and social justice activist who founded the Equal Justice Initiative. He is known for his memoir, Just Mercy: A Story of Justice and Redemption, which has since been adapted into a film.

In this incredible story, Bryan Stevenson helped to overturn the wrongful conviction of Walter McMillian, a Black man who was sentenced to death. These Bryan Stevenson quotes on justice will inspire you to learn more about race and the death penalty in the United States of America.

As a prominent activist for social change, Bryan Stevenson has made it his goal in life to reform the criminal justice system. Let his quotes about grace, hope, and mercy transform the way you think about justice. At the end of the day, it is up to all of us to always do the right thing.

Don’t forget to also check out these insightful lawyer quotes about justice for all.

1. “Each of us is more than the worst thing we’ve ever done.” – Bryan Stevenson

3. “Mercy is most empowering, liberating, and transformative when it is directed at the undeserving. The people who haven’t earned it, who haven’t even sought it, are the most meaningful recipients of our compassion.” – Bryan Stevenson

4. “But simply punishing the broken–walking away from them or hiding them from sight–only ensures that they remain broken and we do, too. There is no wholeness outside of our reciprocal humanity.” – Bryan Stevenson

5. “The reality is that capital punishment in America is a lottery. It is a punishment that is shaped by the constraints of poverty, race, geography and local politics.” – Bryan Stevenson

6. “It’s that mind-heart connection that I believe compels us to not just be attentive to all the bright and dazzling things but also the dark and difficult things.” – Bryan Stevenson

7. “The power of just mercy is that it belongs to the undeserving. It’s when mercy is least expected that it’s most potent—strong enough to break the cycle of victimization and victimhood, retribution and suffering. It has the power to heal the psychic harm and injuries that lead to aggression and violence, abuse of power, mass incarceration.” – Bryan Stevenson

9. “The true measure of our character is how we treat the poor, the disfavored, the accused, the incarcerated, and the condemned.” – Bryan Stevenson

10. “All of our survival is tied to the survival of everyone.” – Bryan Stevenson

12. “The death penalty is not about whether people deserve to die for the crimes they commit. The real question of capital punishment in this country is, Do we deserve to kill?” – Bryan Stevenson

14. “We’re all burdened by our history of racial inequality. It’s created a kind of smog that we all breathe in, and it has prevented us from being healthy.” – Bryan Stevenson

15. “Finally, I’ve come to believe that the true measure of our commitment to justice, the character of our society, our commitment to the rule of law, fairness, and equality cannot be measured by how we treat the rich, the powerful, the privileged, and the respected among us.” – Bryan Stevenson

16. “The death penalty symbolizes whom we fear and don’t fear, whom we care about and whose lives are not valid.” – Bryan Stevenson

17. “We are all broken by something. We have all hurt someone and have been hurt. We all share the condition of brokenness even if our brokenness is not equivalent.” – Bryan Stevenson

18. “There is a strength, a power even, in understanding brokenness, because embracing our brokenness creates a need and desire for mercy, and perhaps a corresponding need to show mercy. When you experience mercy, you learn things that are hard to learn otherwise. You see things you can’t otherwise see; you hear things you can’t otherwise hear. You begin to recognize the humanity that resides in each of us.” – Bryan Stevenson

19. “Why do we want to kill all the broken people?” – Bryan Stevenson

20. “I don’t think there’s been a time in American history with more innocent people in prison.” – Bryan Stevenson

Bryan Stevenson quotes that will give you a new perspective

21. “We all have a responsibility to create a just society.” – Bryan Stevenson

22. “I desperately wanted mercy for Jimmy Dill and would have done anything to create justice for him, but I couldn’t pretend that his struggle was disconnected from my own. The ways in which I have been hurt—and have hurt others—are different from the ways Jimmy Dill suffered and caused suffering. But our shared brokenness connected us.” – Bryan Stevenson

23. “Many states can no longer afford to support public education, public benefits, public services without doing something about the exorbitant costs that mass incarceration have created.” – Bryan Stevenson

24. “We are all implicated when we allow other people to be mistreated.” – Bryan Stevenson

27. “I think when you see that the status quo creates pain and anguish and suffering, what I am most afraid of is that things will stay the same.” – Bryan Stevenson

28. “You don’t change the world with the ideas in your mind, but with the conviction in your heart.” – Bryan Stevenson

29. “An absence of compassion can corrupt the decency of a community, a state, a nation. Fear and anger can make us vindictive and abusive, unjust and unfair until we all suffer from the absence of mercy and we condemn ourselves as much as we victimize others. The closer we get to mass incarceration and extreme levels of punishment, the more I believe it’s necessary to recognize that we all need mercy, we all need justice, and-perhaps-we all need some measure of unmerited grace.” – Bryan Stevenson

31. “I grew up in a house that was the traditional African-American home that was dominated by a matriarch, and that matriarch was my grandmother. She was tough. She was strong. She was powerful.” – Bryan Stevenson

32. “That’s my mission: I really want to get in the heads and hearts of kids and persuade them that they can believe things they haven’t seen, they can do things that maybe others haven’t done before them, that they are more than their worst acts.” – Bryan Stevenson

33. “I know this might be broadcast broadly. But I’m 52 years old, and I’m going to admit to you that I’ve never had a drop of alcohol.” – Bryan Stevenson

34. “It can be a challenge, but my legacy, at least for the people who came before me, is you don’t run from challenges because that’s more comfortable and convenient.” – Bryan Stevenson
If you’re enjoying these quotes, you’ll love our collection of legacy quotes that will inspire you to start making your mark on the world today.

35. “My parents lived in a poor rural community on the Eastern Shore, and schools were still segregated. And I remember when lawyers came into our community to open up the public schools to black kids.” – Bryan Stevenson

36. “I grew up in the country in the rural South, and I have a brother a year older than me and a sister a year younger.” – Bryan Stevenson

37. “Are you the sum total of your worst acts?” – Bryan Stevenson

39. “When I went to Harvard Law School, my first year, I didn’t want people to know I started my education in a colored school. I didn’t want them to know I was the great-grandson of enslaved people. I thought it might diminish me.” – Bryan Stevenson

40. “It is unevolved to want to celebrate the architects and defenders of slavery.” – Bryan Stevenson

42. “When we create the right kind of identity, we can say things to the world around us that they don’t actually believe makes sense. We can get them to do things that they don’t think they can do.” – Bryan Stevenson

43. “I grew up in a segregated community: I couldn’t go to the public schools, beaches, certain parts of town.” – Bryan Stevenson

46. “We’ve done a very poor job at really reflecting on our legacy of racial inequality… You see it in the South, but it’s everywhere.” – Bryan Stevenson

47. “If we had done the work that we should have done in the 20th century to combat our history of racial inequality, no one could win national office after demonizing people because they’re Mexican or Muslim. We would be in a place where we would find that unacceptable.” – Bryan Stevenson

48. “Most parents have long understood that kids don’t have the judgment, the maturity, the impulse control and insight necessary to make complicated lifelong decisions.” – Bryan Stevenson

49. “Embracing a certain quotient of racial bias and discrimination against the poor is an inexorable aspect of supporting capital punishment. This is an immoral condition that makes rejecting the death penalty on moral grounds not only defensible but necessary for those who refuse to accept unequal or unjust administration of punishment.” – Bryan Stevenson

What are your favorite Bryan Stevenson quotes about race and the death penalty?

In the United States, systematic racism and discrimination are prevalent in the justice system. Hopefully, this collection of quotes on mercy and justice will open your eyes up to this urgent issue.

The next time you’re thinking about the death penalty, keep the story of Bryan Stevenson and Walter McMillian in your mind. This true tale of justice will make you reevaluate many beliefs that you may hold.

Even if you’ve never read his memoir or watched the movie, you will still love this list of the best Bryan Stevenson quotes. His words of wisdom will encourage you to fight for fairness and equality.

If you want to make a difference in the world, just remember to stay true to your values and always act with kindness. Share these Bryan Stevenson sayings on justice with your friends and family.

What are your favorite Bryan Stevenson quotes and sayings on justice and mercy? Let us know in the comment section below.