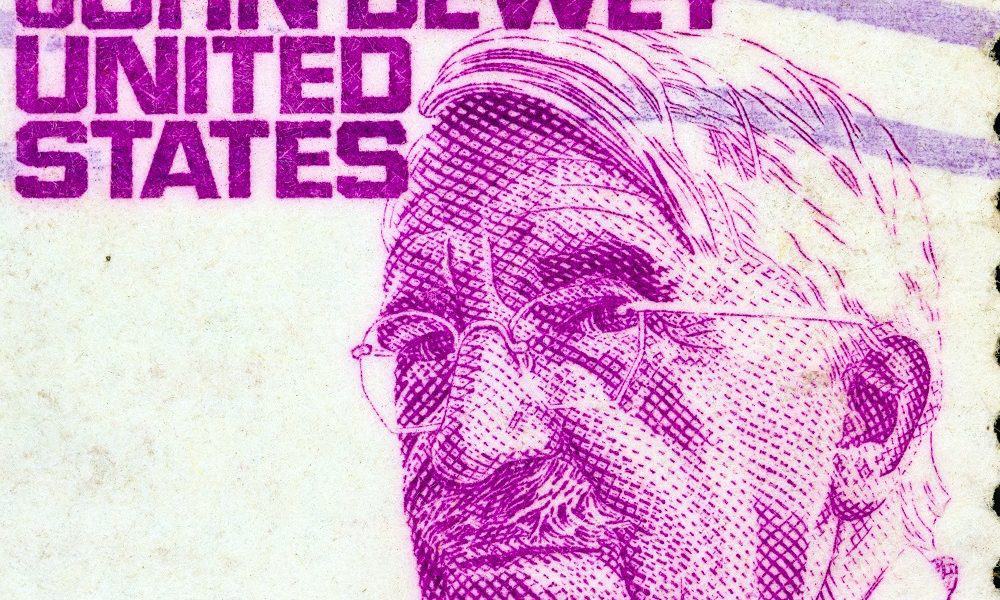 These John Dewey quotes on art and education will give you a deeper appreciation of teachers.

John Dewey was an American philosopher and psychologist who was deeply passionate about education and social reform. He had many inspiring ideas about democracy, ethics, politics, education, communication, and journalism.

This collection of John Dewey sayings on teaching will give you greater insight into these areas. No matter what stage you’re at in your life, there is always an opportunity to learn and grow. It’s worth it, in the long run, to invest in your education and learn everything that you can. Being knowledgeable will allow you to experience life and appreciate art in completely new ways.

Share these John Dewey quotes on education with someone in your life who values knowledge and wisdom.

Don’t forget to also check out these Richard Feynman quotes about science, life, and learning.

1. “Education is not preparation for life; education is life itself.” – John Dewey

3. “Arriving at one goal is the starting point to another.” – John Dewey

4. “Were all instructors to realize that the quality of mental process, not the production of correct answers, is the measure of educative growth something hardly less than a revolution in teaching would be worked.” – John Dewey

5. “Art is the most effective mode of communications that exists.” – John Dewey

6. “The belief that all genuine education comes about through experience does not mean that all experiences are genuinely or equally educative.” – John Dewey

7. “Every great advance in science has issued from a new audacity of imagination.” – John Dewey

8. “Time and memory are true artists; they remold reality nearer to the heart’s desire.” – John Dewey

9. “Failure is instructive. The person who really thinks learns quite as much from his failures as from his successes.” – John Dewey

10. “The self is not something ready-made, but something in continuous formation through choice of action.” – John Dewey

11. “Anyone who has begun to think places some portion of the world in jeopardy.” – John Dewey

12. “Education, therefore, is a process of living and not a preparation for future living.” – John Dewey

13. “The good man is the man who, no matter how morally unworthy he has been, is moving to become better.” – John Dewey

14. “Skepticism: the mark and even the pose of the educated mind.” – John Dewey

15. “To find out what one is fitted to do, and to secure an opportunity to do it, is the key to happiness.” – John Dewey

16. “Just as a flower which seems beautiful and has color but no perfume, so are the fruitless words of the man who speaks them but does them not.” – John Dewey

17. “Nature is the mother and the habitat of man, even if sometimes a stepmother and an unfriendly home.” – John Dewey

18. “We only think when we are confronted with problems.” – John Dewey

19. “Such happiness as life is capable of comes from the full participation of all our powers in the endeavor to wrest from each changing situation of experience its own full and unique meaning.” – John Dewey

John Dewey quotes that will change your perspective

22. “The path of least resistance and least trouble is a mental rut already made. It requires troublesome work to undertake the alternation of old beliefs.” – John Dewey

23. “Without some goals and some efforts to reach it, no man can live.” – John Dewey

24. “There’s all the difference in the world between having something to say, and having to say something.” – John Dewey

25. “We always live at the time we live and not at some other time, and only by extracting at each present time the full meaning of each present experience are we prepared for doing the same thing in the future.” – John Dewey

26. “The educational process has no end beyond itself; it is its own end.” – John Dewey

27. “Like the soil, mind is fertilized while it lies fallow until a new burst of bloom ensues.” – John Dewey

28. “There is no such thing as educational value in the abstract. The notion that some subjects and methods and that acquaintance with certain facts and truths possess educational value in and of themselves is the reason why traditional education reduced the material of education so largely to a diet of predigested materials.” – John Dewey

30. “Man is not logical and his intellectual history is a record of mental reserves and compromises. He hangs on to what he can in his old beliefs even when he is compelled to surrender their logical basis.” – John Dewey

31. “Luck, bad if not good, will always be with us. But it has a way of favoring the intelligent and showing its back to the stupid.” – John Dewey

32. “One lives with so many bad deeds on one’s conscience and some good intentions in one’s heart.” – John Dewey

34. “By object is meant some element in the complex whole that is defined in abstraction from the whole of which it is a distinction.” – John Dewey

35. “Man lives in a world of surmise, of mystery, of uncertainties.” – John Dewey

36. “The deepest urge in human nature is the desire to be important.” – John Dewey

37. “For in spite of itself, any movement that thinks and acts in terms of an ‘ism becomes so involved in reaction against other ‘isms that it is unwittingly controlled by them. For it then forms its principles by reaction against them instead of by a comprehensive, constructive survey of actual needs, problems, and possibilities.” – John Dewey

38. “Give the pupils something to do, not something to learn; and the doing is of such a nature as to demand thinking; learning naturally results.” – John Dewey

39. “The most important attitude that can be formed is that of desire to go on learning.” – John Dewey

40. “Scientific principles and laws do not lie on the surface of nature. They are hidden and must be wrested from nature by an active and elaborate technique of inquiry.” – John Dewey

42. “The only way to abolish war is to make peace seem heroic.” – John Dewey

43. “Conflict is the gadfly of thought. It stirs us to observation and memory. It instigates invention. It shocks us out of sheep-like passivity, and sets us at noting and contriving…conflict is a sine qua non of reflection and ingenuity.” – John Dewey

44. “The only freedom that is of enduring importance is the freedom of intelligence, that is to say, freedom of observation and of judgment, exercised in behalf of purposes that are intrinsically worthwhile. The commonest mistake made about freedom is, I think, to identify it with freedom of movement, or, with the external or physical side of activity.” – John Dewey

46. “As long as politics is the shadow of big business, the attenuation of the shadow will not change the substance.” – John Dewey

47. “The goal of education is to enable individuals to continue their education.” – John Dewey

48. “Everyone has experienced how learning an appropriate name for what was dim and vague cleared up and crystallized the whole matter. Some meaning seems distinct almost within reach, but is elusive; it refuses to condense into definite form; the attaching of a word somehow (just how it is almost impossible to say) puts limits around the meaning, draws it out from the void, makes it stand out as an entity on its own account.” – John Dewey

49. “The good man is the man who, no matter how morally unworthy he has been, is moving to become better.” – John Dewey

50. “If we teach today’s students as we taught yesterday’s, we rob them of tomorrow.” – John Dewey

What are your favorite John Dewey quotes on education and reflection?

As a scholar and academic reformer, John Dewey had a significant impact on the American education system. These John Dewey quotes on teaching demonstrate his passion for learning and education. If you want to honor his legacy, you should study hard, respect teachers, and keep your mind open to new ideas.

John Dewey was knowledgeable about a wide range of topics, including metaphysics, art, philosophy, logic, social theory, psychology, and ethics. Using these skills, he was able to reform many aspects of the education system and change the way people approached teaching.

Let this collection of quotes on teaching give you a deeper respect for people with this incredible profession. Share these John Dewey quotes with all of the teachers and students in your life.

What are your favorite John Dewey quotes and sayings on education and teachers? Let us know in the comment section below.