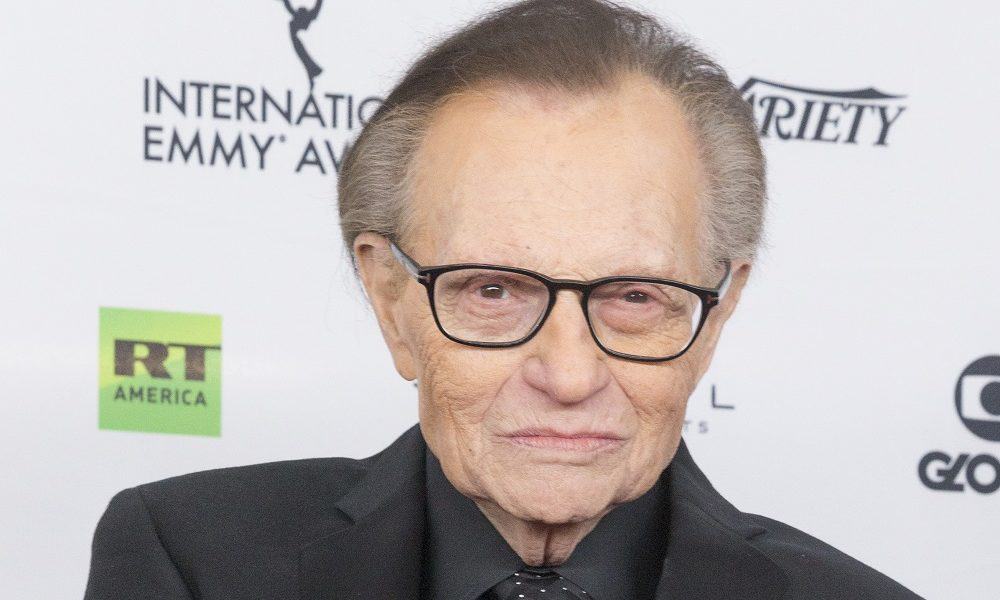 Larry King, the iconic face of CNN, has been an American staple for decades. In the early 1950s, Larry King moved from New York to Florida, which was a growing media market.

He began his career there as a local journalist. He would also conduct radio interviews. Larry King was also a sports fan and hosted a talk show called “Sports-a-la-King” during the 70s. Keep reading for some of Larry King’s thoughts on sports!

In 1978, he gained popularity by launching an all-night call-in radio program with national syndication. Many of these Larry King quotes are about himself and his long-standing career.

The radio show led to him becoming the host of Larry King Live on CNN. He hosted that program from 1985 to 2010. After that, he hosted a Larry King Now on various streaming networks. His last project was a political talk show, Politicking with Larry King.

Don’t forget to also check out these Craig Sager quotes from the iconic sports reporter.

Larry King quotes about himself

1. “Gleason became like a mentor of mine. I had Gleason helping me on television, Godfrey on radio.” — Larry King

3. “I’m sort of the comic relief after a hard day at work. My message is that it’s OK to relax.” — Larry King

4. “If I do something caring for a friend, I have no doubt in my mind they would do it for me.” — Larry King

6. “If I do something caring for a friend, I have no doubt in my mind they would do it for me.” — Larry King

7. “I love doing what I do. I love asking questions. I love being in the mix.” — Larry King

9. “I had no trouble going from radio to TV – I just thought of TV as radio with pictures.” — Larry King

10. “I’ve got a nice car. I love my job. I’ve got a bagel store, I have breakfast every morning with friends I grew up with. I’ve been in movies, I’ve written books – I don’t know when it all happened.” — Larry King

11. “I am going to get out of this chair, throw it away and walk… We are on the threshold of a cute – maybe in five, seven, eight, ten years.” — Larry King

12. “You know what amazes me about UFOs? They never land at the White House. They always land at Laramie, Wyoming. Thirty miles out, where they’re seen by one farmer.” — Larry King

13. “The ultimate travel destination for me would be one perfect day in San Francisco. There’s no city like it anywhere. And, if I could be there with the girl of my dreams, that would be the ultimate!” — Larry King

14. “My biggest fear is death because I don’t think I’m going anywhere. And since I don’t think that, and I don’t have a belief… I’m married to someone who has the belief, so she knows she’s going somewhere.” — Larry King

Larry King quotes about his past

16. “I fantasized about being a broadcaster.” — Larry King

17. “I have lifelong friends. My oldest friend, Herbie, has been a friend since I was 9. I’ve had bonds for over 50 years with people.” — Larry King

18. “I’ve made a lot of mistakes. I’ve bonded with some people who use you, and some people that take advantage of you.” — Larry King

19. “I thought: If I was lucky enough to live, I’d change myself-I realized I could have a new life-new energy, new endurance, and feel better about myself.” — Larry King

21. “I was always telling everyone; I want to be a broadcaster. They’d say, “What, are you crazy? What, you’re going to be Arthur Godfrey?” — Larry King

22. “I worked on the United Parcel Service truck; I sold home delivery of milk. But always, in the back of my mind, I wanted to get into radio.” — Larry King

23. “I never forgot being poor, and I never stopped thinking how fortunate I am.” — Larry King

24. “Sports are my favorite. It’s the first thing I turn to every day.” — Larry King

25. “Maybe I could come out to guide people. I’d need a little uniform – tell them I want a Washington Nationals uniform and we’ll do the tour live.” — Larry King

26. “There is still nothing in life as constant and as changing at the same time as an afternoon ballpark.” — Larry King

27. “I’ve taken my boys to the house I grew up in. Taken them to the site of Ebbets Field, where the Dodgers used to play. They go to all the Dodger games, and they play Little League ball. I have infused them with New York spirit.” — Larry King

30. “Communications is the number one major in America today. CNN had 25,000 applicants for five intern jobs this summer.” — Larry King

31. “With 500 channels and the Internet available, you’d think a candidate could get the word out.” — Larry King

32. “I never think of access or goodwill. I just want a good interview. I want guests to be informative and entertaining. I’ve never been concerned about someone liking me tomorrow.” — Larry King

34. “I never use the word “I” when I interview someone. I think its irrelevant.” — Larry King

35. “Good writers are in the business of leaving signposts saying, Tour my world, see and feel it through my eyes; I am your guide.” — Larry King

36. “Nobody beats a bunch of journalists for inflating their rather mundane straightforward chores with a lot more melodrama and self-importance than the job should contain.” — Larry King

37. “Anonymous sources are to journalism what silicon enhancements are to the feminine figure; they look impressive to the gullible, but something doesn’t feel right.”— Larry King

38. “The names are bigger; the show is worldwide, but I get a royal pass into life in the broadcasting business.” — Larry King

Larry King quotes to live by

39. “Getting your house in order and reducing the confusion gives you more control over your life. Personal organization some how releases or frees you to operate more effectively.” — Larry King

40. “I remind myself every morning: Nothing I say this day will teach me anything. So if I’m going to learn, I must do it by listening.” — Larry King

41. “If you do something, expect consequences.” — Larry King

42. “Those who have succeeded at anything and don’t mention luck are kidding themselves.” — Larry King

45. “The secret of success is an absolute ungovernable curiosity.” — Larry King

46. “You cannot talk to people successfully if they think you are not interested in what they have to say or you have no respect for them.” — Larry King

47. “Let’s not become so worried about not offending anybody that we lost the ability to distinguish between respect and paranoia.” — Larry King

48. “One thing I have learned is, if people tell you they had a “frank” discussion with someone, it is usually code for a yelling match with clenched fists.” — Larry King

49. “It’s joyful to give. But for people who want to take advantage of you, you’re kind of an easy mark.” — Larry King

50. “Don’t you think it would be better to legalize victimless crimes like drugs & prostitution and divert the resources to more important things like the rapes & assaults & things like that?” — Larry King

What did you learn from these Larry King quotes?

During The Larry King Show, King interviewed a guest for the first 90 minutes. Then callers would call in and ask questions for another 90 minutes. After that, the Open Phone America segment began. Callers were allowed to discuss any topic they chose until the end of the program.

At one point King was doing Larry King Live on CNN followed immediately by The Larry King Show. On Larry King Live he interviewed a variety of high-profile guests, from UFO conspiracy theorists and psychics to politicians and entertainers. He even interviewed Ross Perot and Al Gore.

He was known for his non-confrontational approach and easy to answer questions. This gave his guests a platform where they could express their thoughts, and not feel challenged.

He had some other television experiences that are worth noting, like guest-starring in episodes of Arthur, 30 Rock, and Gravity Falls. He even had a cameo in Ghostbusters.

What is your favorite Larry King quote? Feel free to share it in the comment section below!