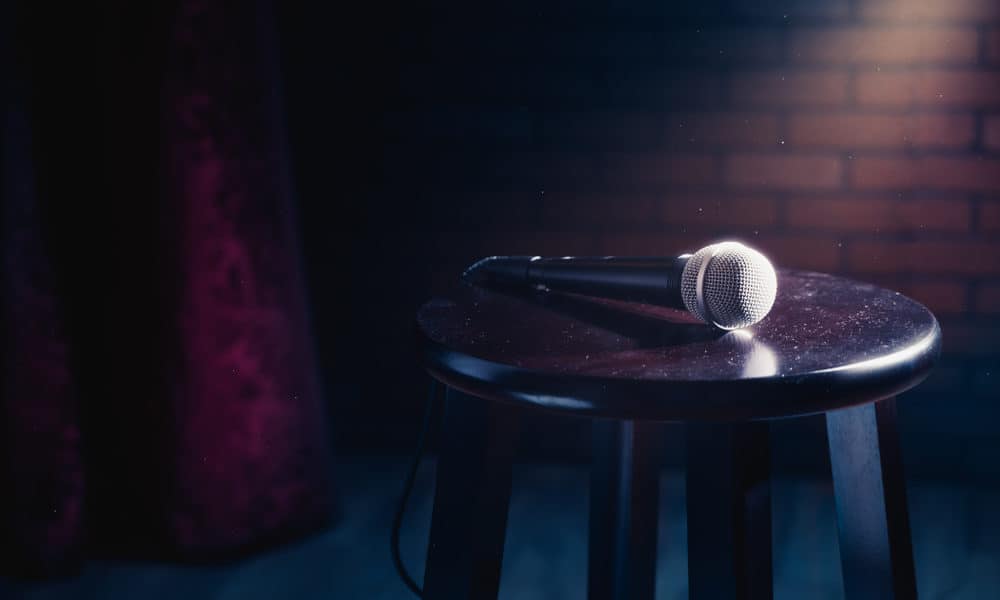 Mitch Hedberg quotes from a comedian who was taken too early.

Mitch Hedberg was an American stand-up comedian who was well known for his one-liners and his dry humor. Mitch was born in St. Paul, Minnesota in 1968 and unfortunately was taken from this world too early at the age of 37 when he passed away from a drug overdose.

Although Mitch may not have been as well known as some other stand-up comedians, he was very successful and had a cult following of fans who would often shout out his lines before he could even perform them.

Don’t forget to also check out these Louis C.K. quotes about life and comedy.

1. “My fake plants died because I did not pretend to water them.” – Mitch Hedberg

2. “A severed foot is the perfect stocking stuffer.” – Mitch Hedberg

3. “The depressing thing about tennis is that no matter how good I get, I’ll never be as good as a wall.” – Mitch Hedberg

4. “I like to close my eyes on the stage because I have drawn a picture of an audience enjoying the show more on the back of my eyelids.” – Mitch Hedberg

5. “Every book is a children’s book if the kid can read!” – Mitch Hedberg

6. “I didn’t go to college, but if I did, I would have taken all my tests at a restaurant, because the customer is always right.” – Mitch Hedberg

8. “Alcoholism is a disease, but it’s the only one you can get yelled at for having.” – Mitch Hedberg

9. “I write jokes for a living, I sit at my hotel at night, I think of something that’s funny, then I go get a pen and I write it down. Or if the pen is too far away, I have to convince myself that what I thought of ain’t funny.” – Mitch Hedberg

10. “If you find yourself lost in the woods, f*ck it, build a house. “Well, I was lost but now I live here! I have severely improved my predicament!” – Mitch Hedberg

12. “I hate turkeys. If you stand in the meat section at the grocery store long enough, you start to get mad at turkeys. There’s turkey ham, turkey bologna, turkey pastrami. Someone needs to tell the turkey, man, just be yourself.” – Mitch Hedberg

13. “It’s weird… people say they’re not like apes. Now how do you explain football then?” – Mitch Hedberg

14. “I love blackjack. But I’m not addicted to gambling. I’m addicted to sitting in a semi-circle.” – Mitch Hedberg

15. “Every time I go and shave, I assume there’s someone else on the planet shaving. So I say, ‘I’m gonna go shave, too.’” – Mitch Hedberg

16. “You know when they have a fishing show on TV? They catch the fish and then let it go. They don’t want to eat the fish, they just want to make it late for something.” – Mitch Hedberg

17. “Dogs are forever in the push-up position.” – Mitch Hedberg

19. “People teach their dogs to sit, it’s a trick. I’ve been sitting my whole life, and a dog has never looked at me as though he thought I was tricky.” – Mitch Hedberg

20. “I’m sick of following my dreams. I’m just going to ask them where they’re going and hook up with them later.” – Mitch Hedberg

21. “I was gonna stay overnight at my friend’s house, he said “You’re going to have to sleep on the floor. Damn gravity. Got me again!” – Mitch Hedberg

22. “My roommate said to me, ‘I’m gonna go shave and use the shower; does anyone need to use the bathroom?’ It’s like some weird ass quiz where he reveals the answer first.” – Mitch Hedberg

24. “Last week I helped my friend stay put. It’s a lot easier’n helpin’ ’em move. I just went over to his house and made sure that he did not start to load shit into a truck.” – Mitch Hedberg

25. “On a traffic light green means ‘go’ and yellow means ‘yield’, but on a banana, it’s just the opposite. Green means ‘hold on,’ yellow means ‘go ahead,’ and red means, ‘where the hell did you get that banana at?’” – Mitch Hedberg

30. “I order the club sandwich all the time, but I’m not even a member, man. I don’t know how I get away with it.” – Mitch Hedberg

32. “My belt holds up my pants and my pants have belt loops that hold up the belt. What the fuck’s really going on down there? Who is the real hero?” – Mitch Hedberg

33. “My hotel doesn’t have a 13th Floor because of superstition, but c’mon man… People on the 14th floor, you know what floor you’re really on.” – Mitch Hedberg

34. “One time, this guy handed me a picture of him, he said ‘Here’s a picture of me when I was younger.’ Every picture is of you when you were younger.” – Mitch Hedberg

37. “I haven’t slept for ten days, because that would be too long.” – Mitch Hedberg

39. “I got a king-sized bed. I don’t know any kings, but if one came over, I guess he’d be comfortable.” – Mitch Hedberg

40. “When I was a boy, I laid in my twin-sized bed and wondered where my brother was.” – Mitch Hedberg

41. “I want to hang a map of the world in my house, and then I’m gonna put pins into all the locations that I’ve traveled to. But first I’m gonna have to travel to the top two corners of the map, so it won’t fall down.” – Mitch Hedberg

42. “They say the recipe for Sprite is lemon and lime, but I tried to make it at home. There’s more to it than that.” – Mitch Hedberg

43. “I don’t have a girlfriend. I just know a girl who would get really mad if she heard me say that.” – Mitch Hedberg

44. “I saw a commercial on late-night TV, it said, “Forget everything you know about slipcovers.” So I did. And it was a load off my mind. Then the commercial tried to sell me slipcovers, and I didn’t know what the hell they were.” – Mitch Hedberg

46. “You know when it comes to racism, people say: ” I don’t care if they’re black, white, purple or green”… Ooh, hold on now: Purple or Green? You gotta draw the line somewhere! To hell with purple people! – Unless they’re suffocating – then help’em.” – Mitch Hedberg

49. “Sometimes I wave to people I don’t know. It’s very dangerous to wave to someone you don’t know because what if they don’t have a hand? They’ll think you’re cocky. “Look what I got motherfucker! This thing is useful. I’m gonna go pick something up!” – Mitch Hedberg

Which of these Mitch Hedberg quotes is your favorite?

As you can see, Mitch Hedberg was a very funny comedian known for his surreal humor and his ability to deliver lines just perfectly. He started in stand-up comedy as a young guy and it is unfortunate that we didn’t get to see Mitch for many more years.

Mitch was born in Minnesota, started his comedy career in Florida, and then moved to Seattle. He was a rising star with many other comedians as his fans. He had even signed a sitcom deal and had been on The David Letterman Show multiple times. Unfortunately, Mitch was a longtime drug user that thought he had his usage under control, but ultimately the drugs are what took him from this world.

Did you enjoy these Mitch Hedberg quotes and sayings? Which of the quotes is your favorite? Let us know in the comment section below.