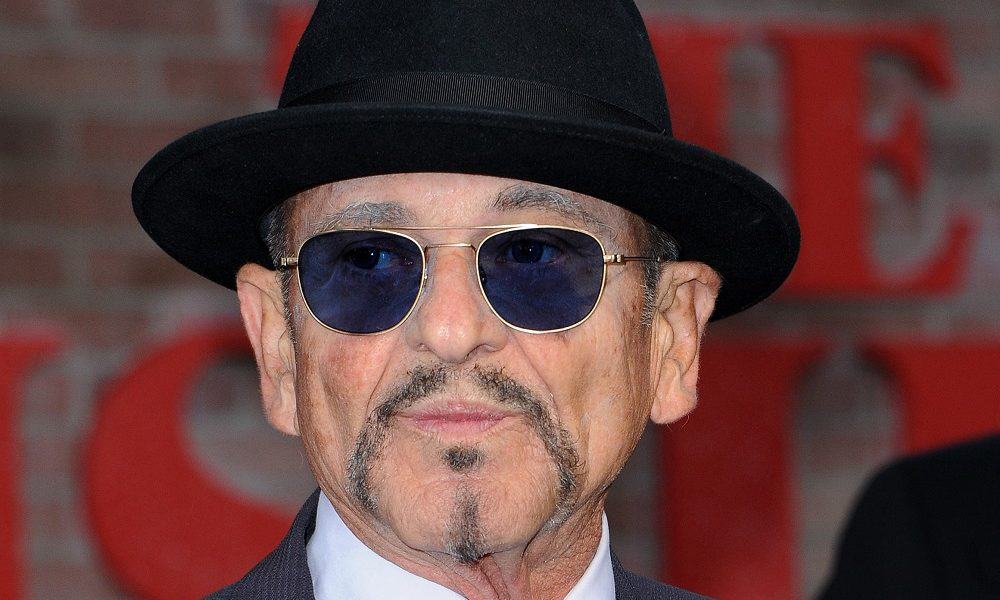 These My Cousin Vinny quotes and lines are guaranteed to make you laugh.

My Cousin Vinny, a 1992 American comedy, is packed with some of my favorite 90s era film stars. Ralph Macchio (The Karate Kid) stars as Billy Gambini. Billy and his friend, Stan Rothenstein, are both college kids from New York. They are taking the scenic route to UCLA, where they both received a scholarship.

The boys stop at a gas station in Wahzoo, Alabama to make a snack run. After spending a small fortune on junk, they hop back in their car and hit the road. The funny My Cousin Vinny quotes start early in the film, so pay attention!

A few miles later, Billy realizes that he accidentally stole a can of tuna. They banter back and forth about the punishment for crimes in the south when they realize there is a police officer behind them. The cop pulls them over, pulls out his rifle, and starts ordering the boys to put their hands on their heads and exit the vehicle. At this scene, I was like what the heck is this cop’s problem!

Now, I had not seen this movie until last night, which according to my sisters was like a capitol crime. I asked my husband, our household’s movie buff if this movie was as good as they kept saying. He said I would enjoy it as someone who is Italian, was born in Brooklyn, and lived in NY, but grew up predominantly in the South. And that is how I got sucked into watching this hilarious legal comedy.

Keep reading to find out what happens to Billy and Stan, and have a chuckle at these My Cousin Vinny quotes.

Don’t forget to also check out these Tropic Thunder quotes that will make you laugh.

1. Judge Haller: “Would you please answer the counselor’s question?”

2. Vinny: “Your Honor, may I ask your permission to treat Ms. Veto as a hostile witness?”

3. “Oh, a counteroffer. That’s what we lawyers, I’m a lawyer, call that a counteroffer. Let me see, this is a tough decision you’re giving me here. Get my ass kicked or collect two hundred dollars. Hmm, let me think. I could use a good ass-kicking, I’ll be very honest with you. Nah, I think I’ll just go with the two hundred.” — Vinny

Judge Haller: “What is a yute?”

6. “Imagine you’re a deer. You’re prancing along. You get thirsty. You spot a little brook. You put your little deer lips down to the cool clear water… bam! A fucking bullet rips off part of your head! Your brains are laying on the ground in little bloody pieces! Now, I ask ya, would you give a fuck what kind of pants the son-of-a-bitch who shot you was wearing?!” — Mona Lisa Vito

7. Vinny: “Nothing, you stick out like a sore thumb around here.”

Mona Lisa Vito: “Me? What about you?”

Vinny: “I fit in better than you. At least I’m wearing cowboy boots.”

8. “You know, this could be a sign of things to come. You win all your cases, but with somebody else’s help. Right? You win case, after case, – and then afterward, you have to go up to somebody and you have to say- “Thank you!” Oh my God, what a fuckin’ nightmare!” — Mona Lisa Vito

9. Judge Haller: “Mr. Gambini, didn’t I tell you that the next time you appear in my court that you dress appropriately?”

Vinny: “You were serious about that?”

11. Vinny: “Yesterday you told me that freight train hardly ever comes through here at 5:00 A.M. in the morning.”

Stan: “I’m sorry I didn’t know it was such an honor to get a visit from you.”

14. Vinny: “What the fuck is your problem? I did not come down here just to get jerked off.”

15. Mona Lisa Vito: “The car that made these two, equal-length tire marks had positraction. You can’t make those marks without positraction, which was not available on the ’64 Buick Skylark!”

Vinny Gambini: “Is that it?”

Mona Lisa Vito: “No, there’s more! You see? When the left tire mark goes up on the curb and the right tire mark stays flat and even? Well, the ’64 Skylark had a solid rear axle, so when the left tire would go up on the curb, the right tire would tilt out and ride along its edge. But that didn’t happen here. The tire mark stayed flat and even. This car had an independent rear suspension. Now, in the ‘60s, there were only two other cars made in America that had positraction, and independent rear suspension, and enough power to make these marks. One was the Corvette, which could never be confused with the Buick Skylark. The other had the same body length, height, width, weight, wheelbase, and wheel track as the ’64 Skylark, and that was the 1963 Pontiac Tempest.”

16. Mona Lisa Vito: “Did it ever occur to you that it could be turned off and drip at the same time?”

Vinny: “No, because if you turned it off, it wouldn’t drip.”

Vinny: “In that case, how can you be sure that’s accurate?”

Mona Lisa Vito: “Because a split second before the torque wrench was applied to the faucet handle, it had been calibrated by top members of the state and federal Departments of Weights and Measures, to be dead-on balls accurate. Here’s the certificate of validation.”

18. “It’s a limited-slip differential which distributes power equally to both the right and left tires. The ’64 Skylark had a regular differential, which anyone who’s been stuck in the mud in Alabama knows. You step on the gas, one tire spins, the other tire does nothing.” — Mona Lisa Vito

20. “Well, I hate to bring it up because I know you’ve got enough pressure on you already. But, we agreed to get married as soon as you won your first case. Meanwhile, ten years later, my niece, the daughter of my sister, is getting married. My biological clock is (stamps foot three times) ticking like this, and the way this case is going, I ain’t never getting married!” — Mona Lisa Vito

21. “I had a friend send a fax to the judge, confirming the very impressive legal stature of Jerry C-allo!” — Mona Lisa Vito

22. “Oh, Vinny! I’m watching you go down in flames, and you’re bringing me with you, and I can’t do anything about it!” — Mona Lisa Vito

23. “If you will look in the manual, you will see that this particular model faucet requires a range of 10-16 foot-pounds of torque. I routinely twist the maximum allowable torquage.” — Mona Lisa Vito

24. Vinny: “Uh, everything that guy just said is bullshit. Thank you.”

Judge Haller: “Objection sustained. Counsel’s entire opening statement, with the exception of “thank you,” will be stricken from the record.”

25. Vinny: “My clients were caught completely by surprise. They thought they were getting arrested for shoplifting a can of tuna.”

Judge Haller: “What are you telling me? That they plead not guilty?”

26. Judge Haller: “Uh, Mr. Gambini? All I ask from you is a very simple answer to a very simple question. There are only two ways to answer it: guilty or not guilty.”

Vinny: “But your honor, my clients didn’t do anything.”

Judge Haller: “No, I don’t think you do. You’re now in contempt of court. Would you like to go for two counts of contempt?”

Bill: “You knew you could ask questions, didn’t you, Vin?”

Judge Haller: “Well, that would certainly explain the hostility.”

31. “Once again, the communication process is broken down. It appears to me that you want to skip the arraignment process, go directly to trial, skip that, and get a dismissal. Well, I’m not about to revamp the entire judicial process just because you find yourself in the unique position of defending clients who say they didn’t do it. The next words out of your mouth better be “guilty” or “not guilty.” I don’t want to hear commentary, argument, or opinion. If I hear anything other than “guilty” or “not guilty”, you’ll be in contempt. I don’t even want to hear you clear your throat. Now, how do your clients plead?” — Judge Haller

32. “I don’t want to hear explanations. The state of Alabama has a procedure. And that procedure is to have an arraignment. Are we clear on this?” — Judge Haller

Judge Haller: “That’s right. I just faxed the clerk of New York and asked him what he knew about Jerry Gallo and do you want to know what he replied?”

My Cousin Vinny quotes from Vinny

36. “You like to renegotiate as you go along, huh? Okay then, here’s my counteroffer: do I have to kill you? What if I were just to kick the ever-loving shit out of you?” — Vinny

41. “Lisa, I don’t need this. I swear to God, I do not need this right now, okay? I’ve got a judge that’s just aching to throw me in jail, an idiot who wants to fight me for two hundred dollars, slaughtered pigs, giant loud whistles. I ain’t slept in five days. I got no money, a dress code problem, and a little murder case which, in the balance, holds the lives of two innocent kids, not to mention your (stamps foot three times) biological clock; my career, your life, our marriage, and let me see, what else can we pile on? Is there any more shit we can pile on to the top of the outcome of this case?! Is it possible?!” — Vinny

44. “Excuse me, but I think a modicum of gratitude would not be out of line here.” — Vinny

47. “Hey, Stan. You’re in Ala-fuckin-bama. You come from New York. You killed a good old boy. There is NO WAY this is not going to trial.” — Vinny

48. “My problem is, I wanted to win my first case without any help from anybody.” — Vinny

49. “Hey, I don’t blame you. If I was in your situation, I’d want to get through this whole thing as quickly, and with as little pain as possible. So, you know, let’s try our best to make this a simple, in-and-out procedure.” — Vinny

50. “Well, I just got in. I asked where the new guys were, and they brought me in here. Hey, sleeping, huh? Cute little guy. You know, maybe I should start with you. Let him sleep a little bit.” — Vinny

Which of these My Cousin Vinny quotes is your favorite?

The boys realize they are being arrested for murder, and not shoplifting a can of tuna, albeit a little slowly. Billy, like any good Italian boy, calls his mother to help them out of this jam. They can’t afford a lawyer, but his mother reminds him that his cousin Vinny is a lawyer and promises that he will help. Vinny, played by Joe Pesci, drives to Alabama with his fiance, Ms. Mona Lisa Vito, who is portrayed by the lovely Marisa Tomei.

Vinny is a personal injury lawyer, who has never tried a case. He butts heads with the judge and doesn’t really grasp court procedure. The trial gets off to a bumbling start, but we start to notice what Billy means when he explains to Stan that Vinny is just “being Vinny.” He is actually quite the puzzle solver and a shrewd lawyer.

The movie is definitely worth the watch if you haven’t seen it, and it was a critical and financial success back in the day. As someone who is familiar with both New York Italian families and southern customs, it cracked me up. I also love legal films and this one is a classic.

What are your favorite My Cousin Vinny quotes and lines? Let us know in the comment section below.