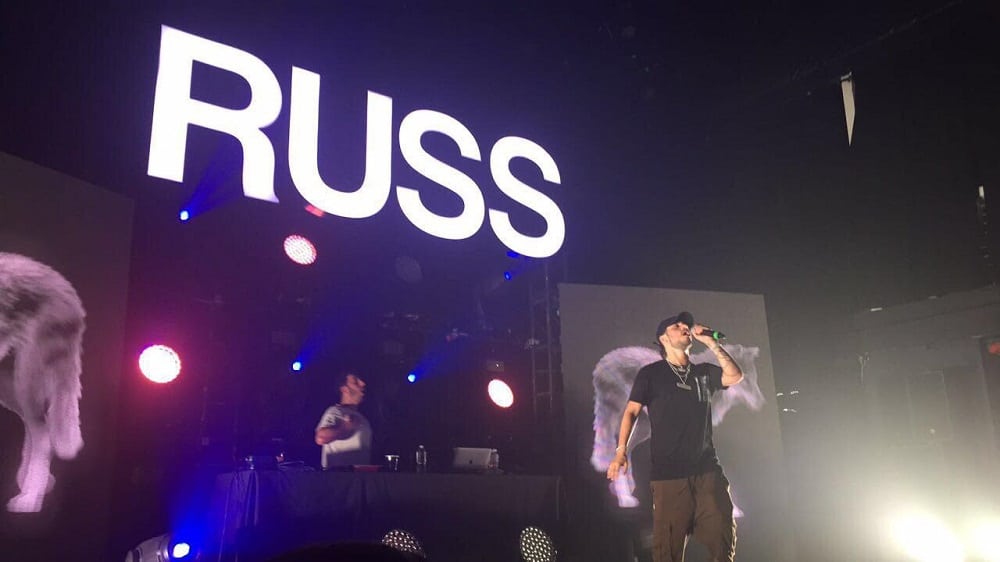 Rapper and author, Russ, knows the power of believing in yourself. Enjoy these Russ quotes collected to inspire you to believe in your power to achieve your dreams.

No one knows the power of hustle more than the American rapper, Russ. Born in 1992, Russ began writing raps at age seven. By age 14, he was creating his own beats. By 18 he had recorded his first song. And by 19 he had appeared on MTV.

To help gain traction in the music industry, Russ released a song a week on SoundCloud for almost three years. His efforts eventually paid off and he signed to Columbia Records in 2017.

Author of the inspirational book, It’s All In Your Head, Russ knows that the biggest obstacle standing between you and success, is yourself. We hope you are inspired by these Russ quotes.

Don’t forget to also check out these G Herbo quotes about life, love, and success.

1. “Do whatever you like, go wherever you want, love however you feel it to be true. For if you wait, life won’t do the same.” — Russ

4. “A full pure heart with empty pocket is much better than full pocket of money with no heart.” — Russ

5. “Make your decision and go for your dreams before it gets too late. For that time will never stop for you.” — Russ

8. “You decide whether to be your greatest obstacle or your biggest fan.” — Russ

9. “I have an unremovable stain of self-confidence.” — Russ

10. “I think people sometimes get my message misconstrued and believe I’m trying to brag, but I’m genuinely trying to show people that you can do it all yourself, and there’s so much power and freedom in that.” — Russ

11. “Take it day by day. This is a race, yes, but not against anyone or anything else except your own doubt.” — Russ

14. “Sometimes I feel like it’s going to be collapse & I’m going to be bury under a large amount of problems. You know these sometimes are when I’m all alone, without hope.” — Russ

16. “I love to sit down and have a conversation with like-minded people.” — Russ

17. “Trends die. That’s the natural thing about a trend. It’s natural for people to be followers and be sheep and go with a trend.” — Russ

20. “Trust is easy to give but hard to keep also it’s hard to achieve but easy to lose.” — Russ

21. “Wind blows. You can set a wall against it, you can build up a windmill. The choice is yours.” — Russ

22. “Never make a promise that you can’t really keep it. But if you did, in any case, try to keep it anyway, whatever hard, troublesome or even painful.” — Russ

23. “Thinking about past memories & events would mostly cause you sadness. Thinking of the future and what may happen would causes you anxiety. Present is the time you’re living in and you can do anything right now.” — Russ

25. “Fear is the wall. Belief is what catapults you over the wall.” — Russ

27. “Advice number one: listen to your gut – it’s never gonna lead you wrong. Number two: trust yourself. The root of everything is self-belief.” — Russ

28. “I think talking things out is therapeutic.” — Russ

29. “You can have a bunch of individually good players, but it doesn’t matter. You gotta learn to play like a team.” — Russ

31. “I’m not obsessed with the idea of doing what you’re supposed to be doing when you’re a rapper. Walking around with cash that you haven’t even provisioned for tax. Spending all of your time in the designer store to create some weird impression. I’m not interested, bro. I just like making music, and that’s it.” — Russ

32. “Every time I put out music and it goes well, it’s a confirmation of your taste and your gut.” — Russ

33. “If you’re an artist, create music and put it out on the Internet. If you do this consistently, your fan base will continue growing, and that will power your entire career.” — Russ

34. “I would have only doubted myself if I was really attached to the result of what I was doing, but I was always doing it and will always do it for the love of making songs, and if you liked it you liked it, if you didn’t, you didn’t. It was always pure and always will be pure.” — Russ

36. “I don’t deviate – once you get validated for being you, I don’t know why you would deviate. I stick to my gut and my taste.” — Russ

38. “When I was making beats, I don’t remember thinking about doing it as a career, I just remember that every day I wanted to do it.” — Russ

40. “From the engineer to the producer, all of these roles are critical to creating a song.” — Russ

42. “I’m not sitting around, waiting for something to run across the Internet so I can go, ‘Oh, that’s what I’mma write about.’ I just go around, live life, make music, and it’s epic.” — Russ

More Russ quotes and and lyrics

44. “No matter how old you are, an empty wrapping paper tube is still a lightsaber.” — Russ

46. “She’s falling but she doesn’t think he’ll catch her/ ‘Cause her last relationship was a disaster/ Accusations every day, she didn’t know why/ All her calls would be ignored, he’s on his own time.” — Russ

47. “Should’ve ended it before it started/ All she ever got was broken-hearted.” — Russ

48. “He redefines in every way what love is/ She fell for him and hasn’t gotten up since.” — Russ

50. “Being self-made means doing things your own way – and doing it without any handouts.” — Russ

Which Russ quote inspired you the most?

Russ is an artist who has surpassed over a billion streams on Spotify and Apple Music. He’s been on the Forbes 30 Under 30 list and 30 Under 30 Cash Kings list. He’s sold-out arenas around the world. And he earned the majority of his success without the help of a major record label.

In 2019, Russ published the book, It’s All In Your Head, where he shared the secret to his success: self-love and hustle. In his book, he offers that if you believe in yourself, work hard for your dreams and never give up, your success will be inevitable.

Which of these Russ quotes and lyrics was your favorite? Let us know in the comments below.