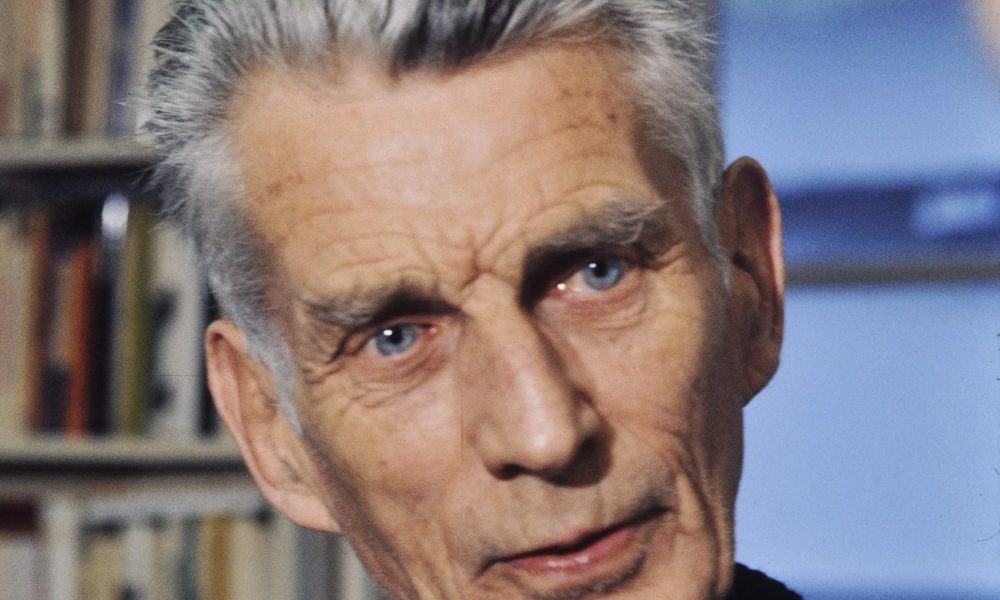 Samuel Barclay Beckett, the Irish writer, playwright, theatre director, and poet, was known for his bleak writing. His works were tragi-comedies that expressed a darker outlook on existence and life experiences. Even though Beckett was Irish, he was a resident of Paris for most of his adult life; and he wrote in both French and English.

His best-known work is Waiting for Godot, a play from 1953 where two characters, Vladimir (Didi) and Estragon (Gogo), engage in philosophical discussions and have several weird encounters with other characters while waiting for Godot, who never arrives. These Samuel Beckett quotes from Waiting for Godot give us a brief glance into the wisdom these two impart while they wait.

His black comedies, often sprinkled with bits of nonsense, became more minimalistic in his career. In 1969 Beckett won the Nobel Prize in Literature “for his writing, which—in new forms for the novel and drama—in the destitution of modern man acquires its elevation.” Keep reading for more Samuel Beckett quotes about love, failure, and life in general!

Don’t forget to also check out these G.K. Chesterton quotes from one of the greatest writers of his time.

Famous Samuel Beckett quotes and lines from Waiting for Godot

1. “The tears of the world are a constant quantity. For each one who begins to weep somewhere else, another stops. The same is true of the laugh.” ― Samuel Beckett

2. “Nothing happens. Nobody comes, nobody goes. It’s awful.” ― Samuel Beckett

3. “There’s man all over for you, blaming on his boots the faults of his feet.” ― Samuel Beckett

4. “To every man his little cross. Till he dies. And is forgotten.” ― Samuel Beckett

5. “Let us not then speak ill of our generation, it is not any unhappier than its predecessors.” ― Samuel Beckett

7. “There is man in his entirety, blaming his shoe when his foot is guilty.” ― Samuel Beckett

8. “Was I sleeping while the others suffered? Am I sleeping now? Tomorrow, when I wake or think I do, what shall I say of today? That with Estragon, my friend, at this place, until the fall of night, I waited for Godot?” ― Samuel Beckett

9. “We have time to grow old. The air is full of our cries. But habit is a great deadener.” ― Samuel Beckett

10. “I’m like that. Either I forget right away or I never forget.” ― Samuel Beckett

12. “You cried for night; it falls: now cry in darkness.” ― Samuel Beckett

13. “Nothing is funnier than unhappiness.” ― Samuel Beckett

15. “I love order. It’s my dream. A world where all would be silent and still, and each thing in its last place, under the last dust.” ― Samuel Beckett

16. “All lifelong, the same questions, the same answers.” ― Samuel Beckett

17. “Old endgame lost of old, play and lose and have done with losing.” ― Samuel Beckett

18. “There’s something dripping in my head. A heart, a heart in my head.” ― Samuel Beckett

19. “Then one day, suddenly, it ends, it changes, I don’t understand, it dies, or it’s me, I don’t understand that either. I ask the words that remain sleeping, waking, morning, evening. They have nothing to say.” ― Samuel Beckett

22. “That desert of loneliness and recrimination that men call love.” ― Samuel Beckett

23. “Love, that is all I asked, a little love, daily, twice daily, fifty years of twice-daily love like a Paris horse butcher’s regular. What normal woman wants affection?” ― Samuel Beckett

29. “The irony of life! Of life in love! That he who has the time should lack the force, that she who has the force should lack the time! That a trifling and in all probability tractable obstruction of some endocrinal bandusia, that a mere matter of forty-five or fifty minutes by the clock, should as effectively as death itself, or as the Hellespont, separate lovers.” ― Samuel Beckett

30. “As it is with the love of the body, so with the friendship of the mind, the full is only reached by admittance to the most retired places.” ― Samuel Beckett

33. “The creation of the world did not take place once and for all time, but takes place every day.” ― Samuel Beckett

35. “Any fool can turn a blind eye, but who knows what the ostrich sees in the sand.” ― Samuel Beckett

38. “Habit is the ballast that chains the dog to his vomit.” ― Samuel Beckett

39. “To restore silence is the role of objects.” ― Samuel Beckett

42. “Every word is like an unnecessary stain on silence and nothingness.” ― Samuel Beckett

43. “Nothing matters but the writing. There has been nothing else worthwhile… a stain upon the silence.” ― Samuel Beckett

44. “All I know is what the words know, and dead things, and that makes a handsome little sum, with a beginning and a middle and an end, as in the well-built phrase and the long sonata of the dead.” ― Samuel Beckett

45. “Don’t look for meaning in the words. Listen to the silences.” ― Samuel Beckett

48. “Then I went back into the house and wrote, It is midnight. The rain is beating on the windows. It was not midnight. It was not raining.” ― Samuel Beckett

49. “I use the words you taught me. If they don’t mean anything anymore, teach me others. Or let me be silent.” ― Samuel Beckett

50. “There is no use indicting words, they are no shoddier than what they peddle.” ― Samuel Beckett

What did you learn from these Samuel Beckett quotes?

Samuel Beckett didn’t just write great plays and pieces of fiction. His real-life story has quite a few story-worthy incidents! A notorious Pimp (who went by the name Prudent) stabbed Beckett in the chest and nearly killed him in January 1938.

The publicity surrounding the assault was part of the reason Beckett reconnected with Suzanne Dechevaux-Dumesnil, who he had met from his first stay in Paris. After this, the pair began what would be their lifelong companionship.

During a hearing, Beckett asked Prudent why he stabbed him and Prudent replied: “Je ne sais pas, Monsieur. Je m’excuse (I do not know, sir. I’m sorry.).” Beckett dropped the charges partly because he ended up liking Prudent, and partly because he didn’t want to deal with the process of court.

Beckett also took a stand with the French Resistance, working as a courier during WWII. He evaded being caught by the Gestapo’s until August 1942, when his unit was betrayed. He and Suzanne fled to a more southern town, where he continued to aid the Resistance by storing armaments in the backyard of his home. It was during that time that he worked on his novel, Watt. He is a fascinating piece of literary history.

Let us know if you have any other favorite Samuel Beckett quotes and sayings using the comment section.