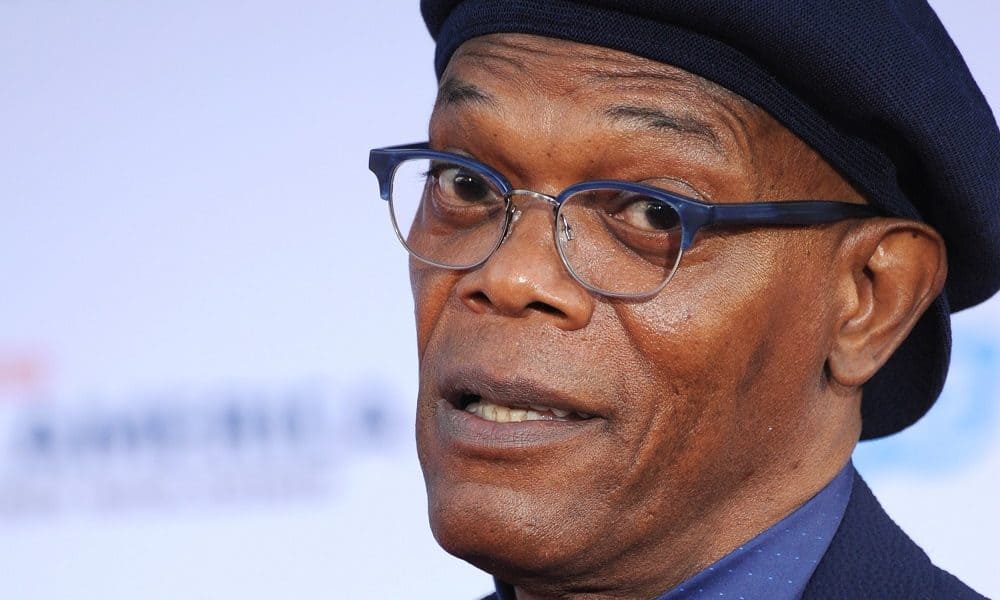 These Samuel L. Jackson quotes highlight some of the most inspirational things he has said.

If you have seen a movie at all in the last two decades, then you already know that Samuel L. Jackson is an American actor. What you might not have known is that he has appeared in films that collectively grossed over $27 billion worldwide, making him the highest-grossing actor of all time.

What does that mean for Samuel L. Jackson’s net worth? Is he a billionaire? Not quite, but he has a net worth of $250 million! It is not surprising considering that he has starred in 120 movies! Some of those movies have been the most popular films of our time, like the Marvel franchise, Star Wars, Pulp Fiction, and Jurassic Park.

Jackson’s life story is one that will inspire you to reach for your dreams and proves that anything is possible. He also has a lot to say about what it is like being a successful black man in America, and the struggles he has faced.

Keep reading these Samuel L. Jackson quote to learn more about the man who has dominated the entertainment industry for decades.

1. “If you have an opportunity to use your voice, you should use it.” ― Samuel L. Jackson

3. “Take a stand for what’s right. Raise a ruckus and make a change. You may not always be popular, but you’ll be part of something larger and bigger and greater than yourself. Besides, making history is extremely cool.” ― Samuel L. Jackson

4. “The best advice that was given to me was that I had to be 10 times smarter, braver, and more polite to be equal. So I did.” ― Samuel L. Jackson

5. “Lifelong readers continue to read, finding in books the means to enjoy life or endure it.” ― Samuel L. Jackson

7. “Anyone who tells you money can’t buy happiness never had any.” ― Samuel L. Jackson

8. “If you do not have courage, you may not have the opportunity to use any of your other virtues.” ― Samuel L. Jackson

10. “Just ’cause you pour syrup on something doesn’t make it pancakes.” ― Samuel L. Jackson

11. “Everybody has to learn that the world works in very specific ways, and you’re not in charge of it.” ― Samuel L. Jackson

13. “I read, watch television, watch movies, hang out with family. I like my clothes and I have great cars, and I drive those. But for most people, it’s like, “That’s boring. You don’t club? You don’t party?” ― Samuel L. Jackson

14. “I’m pretty focused on what I do. I think directing is a very specific talent, and I’m not real big on putting puzzles together, which is basically what a film is.” ― Samuel L. Jackson

Samuel L. Jackson quotes about his life and the troubles he faced with addiction and racism

18. “I understood, through rehab, things about creating characters. I understood that creating whole people means knowing where we come from, how we can make a mistake, and how we overcome things to make ourselves stronger.” ― Samuel L. Jackson

19. “I never had one beer. If I bought a six-pack of beer, I kept drinking till all six beers were gone. You have to have that kind of understanding about yourself. I haven’t had a drink now in 12 years.” ― Samuel L. Jackson

20. “I guess the worst day I have had was when I had to stand up in rehab in front of my wife and daughter and say ‘Hi, my name is Sam and I am an addict.’” ― Samuel L. Jackson

21. “I grew up in the South with guns everywhere, and we never shot anyone. This [shooting] is about people who aren’t taught the value of life.” ― Samuel L. Jackson

22. “I just always knew that I lived in two worlds. There was the world of my house and community, but to make my way in that white world I had to modify the way I spoke and acted. I had to sometimes not make direct eye contact.” ― Samuel L. Jackson

23. “People know about the Klan and the overt racism, but the killing of one’s soul little by little, day after day, is a lot worse than someone coming in your house and lynching you.” ― Samuel L. Jackson

24. “I voted for Barack because he was black. ‘Cuz, that’s why other folks vote for other people—because they look like them… That’s American politics, pure and simple.” ― Samuel L. Jackson

25. “I’m a good son, a good father, a good husband—I’ve been married to the same woman for 30 years. I’m a good friend. I finished college; I have my education; I donate money anonymously. So when people criticize the kind of characters that I play on screen, I go, ‘You know, that’s part of history.’” ― Samuel L. Jackson

27. “I’m not as angry as I used to be. But I can get in touch with that anger pretty quickly if I feel my space is being invaded or somebody is not treating me with the respect that I think I want.” ― Samuel L. Jackson

28. “Everything that I’ve gone through informs me and my opinions in a way, I guess because I am a child of segregation. I lived through it. I lived in it and I was of it.” ― Samuel L. Jackson

29. “I was a drug addict, and I was out of my mind a lot of the time, but I had a good reputation. Showed up on time, knew my lines, hit my marks.” ― Samuel L. Jackson

31. “I think the biggest challenges for franchises are keeping them fresh and exciting, and most times, you need a good, bad guy to make that thing continually work, and sometimes they don’t.” ― Samuel L. Jackson

32. “I see myself as a storyteller. So, when I read something, I see the story, and I see it on screen, in my head, in a certain way. I always want to see it and see me in it.” ― Samuel L. Jackson

33. “I’ve made a way to allow myself to do big films, small films, dramas, comedies, action films, horror films, or whatever interests me, as a movie-goer. I like watching myself in movies. I want to choose movies that allow me to enjoy myself, the way that I want to entertain myself.” ― Samuel L. Jackson

34. “We’ve come a long way in our thinking, but also in our moral decay. I can’t imagine Dr. King watching the ‘Real Housewives’ or ‘Jersey Shore.’” ― Samuel L. Jackson

35. “Sometimes one of my ways of choosing movies that I want to do is if it’s the kind of movie I would have gone to see when I was a kid, and this is a movie I actually did go see as a kid. And I think it will be exciting for audiences to see now.” ― Samuel L. Jackson

36. “I actually think I have an audience member’s sensibility about going to the movies.” ― Samuel L. Jackson

37. “‘Long Kiss Goodnight’ has a huge cult following. They could make another version of that movie right now and make a lot of money.” ― Samuel L. Jackson

Samuel L. Jackson movie quotes from some of his most famous roles

42. “Yeah, Zeus! As in, father of Apollo? Mt. Olympus? Don’t f*ck with me, or I’ll shove a lightning bolt up your ass? Zeus! You got a problem with that?” ― Zeus, Die Hard with a Vengeance

43. “I recognize the council has made a decision, but given that it’s a stupid-ass decision, I’ve elected to ignore it.” ― Nick Fury, The Avengers

44. “Don’t give me attitude, sir. See, you’re assuming I won’t shoot your sorry ass and everyone knows, when you make an assumption, you make an ass out of ‘u’ and ‘umption.’” ― Mitch Hennessey, The Long Kiss Goodnight

45. “Well, there’s this passage I’ve got memorized — sort of fits the occasion. Ezekiel 25:17? ‘The path of the righteous man is beset on all sides by the iniquities of the selfish and the tyranny of evil men. Blessed is he who in the name of charity and goodwill shepherds the weak through the valley of darkness, for he is truly his brother’s keeper and the finder of lost children. And I will strike down upon thee with great vengeance and furious anger those who attempt to poison and destroy my brothers. And you will know my name is the Lord when I lay my vengeance upon thee.” ― Jules Winnfield, Pulp Fiction

46. “English, Motherf*cker, do you speak it?” ― Jules Winnfield, Pulp Fiction

48. “Enough is enough! I have had it with these motherf*cking snakes on this motherf*cking plane! Everybody strap in. I’m about to open some f*cking windows.” ― Neville Flynn, Snakes on a Plane

49. “You are on this council, but we do not grant you the rank of master.” ― Mace Windu Revenge Of The Sith

50. “The idea was to bring together a group of remarkable people, see if they could become something more.” ― Nick Fury, The Avengers

Which of these Samuel L. Jackson quotes is your favorite?

Samuel L. Jackson is not just a prolific actor. He is also a producer. His career has spanned decades. He had been acting in minor roles and in theatre productions as a young man; He didn’t receive his first major role until he was 40 years old when he landed a role in Do the Right Thing (1989). He approached star status when he was 45 thanks to his role in Pulp Fiction (1994). He has appeared in films with all of Hollywood’s best, like Bruce Willis, Tom Cruise, and Harrison Ford.

When he isn’t acting, you can find Samuel L. Jackson on the golf course. He loves the game so much that he has a clause in his movie contracts that shooting has to be near a golf course. He has some serious pursuits as well, like fighting for civil rights.

He first became involved in civil rights activism following the assassination of Martin Luther King, Jr. In fact, he was an usher at King’s funeral. He was a student at Morehouse College in Atlanta in 1968.

In an effort to elicit change at the university, Jackson and other black students staged a lock-in and held the board members hostage, which included Dr. King’s father. He ended up on the FBI watch list and developed a drug problem.

However, he overcame his struggles and has become a household name, both with social activism and the movie industry. He has also been married for over 30 years, and in Hollywood (or really life in general) that is pretty rare!