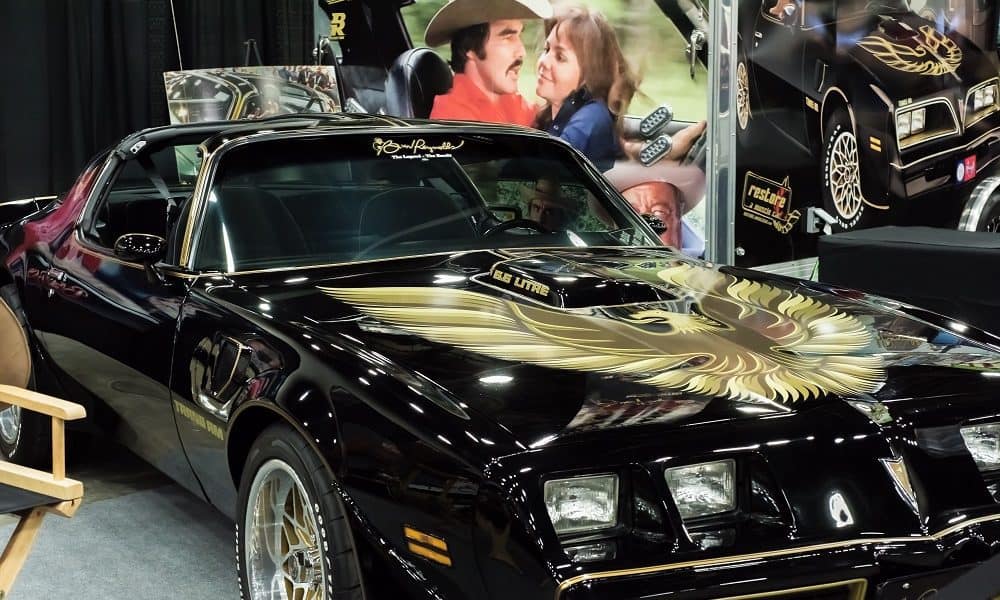 Watching Smokey and the Bandit will be a fun use of an hour and 36 minutes of your time. It is your typical action, slapstick comedy filled with car chases, crashes, and ridiculous behavior. These Smokey and the Bandit quotes are funny and are guaranteed to make you giggle. There are also quotes directly from Bandit, Buford T. Justice, and Big and Little Enos! This article also answers some questions that people have about the film, like is Jerry Reed really driving the truck in Smokey and the Bandit?

The Snowman is tasked with driving the truck, filled with contraband, as Bandit follows him in a Pontiac Trans Am. In reality, though, Jerry Reed’s character is not actually driving the truck! They loaded the truck onto a flatbed trailer and had another 18 wheeler tow it around.

Keep reading through these Smokey and the Bandit quotes and decide for yourself if you want to watch this classic.

Funny Smokey and the Bandit quotes and lines

1. Bandit: “What do you think they do for excitement in this town?”

Cledus Snow: “Probably sit around and watch the cars rust.”

2. “I find it hard to look at you, Waynette. With all those curlers in your hair, you look like you’re tryin’ to pick up a radio station in Savannah.” ― Bandit

4. “I don’t think my dog bit you, mister. ‘Cause Fred definitely don’t like grease!” ― Cledus Snow

5. “I’m right down at the bottom of the hill, Sheriff. I’m about six-foot-eight, in a cowboy outfit, got a little pygmy standing right beside me dressed just like me. You can’t miss me. 10-4.” ― Bandit

6. Sheriff Branford: “The fact that you are a sheriff is not germane to the situation.”

Sheriff Buford T. Justice: “The damn Germans got nothin’ to do with it…”

Little Enos: “I guess a legend and an out-of-work bum look a lot alike, daddy.”

Branford: “I am Sheriff Branford.”

Sheriff Buford T. Justice: “Ooh, hee hee, for some reason or another, you sounded a little

Smokey and the Bandit quotes from Bandit

9. “For the good old American life: For the money, for the glory, and for the fun… mostly for the money.” ― Bandit

12. “Before I tell you where I am, Sheriff, there’s just one thing I wanna say. You must be part coon dog, ’cause I’ve been chased by the best of them, and son, you make ’em look like they’re all runnin’ in slow motion. I just wanna say that.” ― Bandit

16. “When you tell somebody somethin’, it depends on what part of the country you’re standin’ in… as to just how dumb you are.” ― Bandit

17. “And you have a unique way with the English language, Miss Frog.” ― Bandit

18. “That’s cause *we* ain’t never done it in no rig. You got to stop thinkin so negative son, we ain’t not never made it yet have we?” ― Bandit

20. “You chasin’ somebody Sheriff? Somebody chasin’ you?” ― Bandit

22. “Listen, darlin’, we’re gonna come screaming by there in about 5 minutes with a horde of Smokeys on our ass. How about getting those pals of yours out there to block them off?” ― Bandit

Smokey and the Bandit quotes from Jackie Gleason as Buford T. Justice

27. “I saw that, you sumbitch! You did that on purpose! You’re going away till you’re gray! I got the evidence!” ― Buford T. Justice (Jackie Gleason)

28. “If they’d a cremated the sum-bitch. I could be kickin’ that Mr. Bandit’s ass around the moon by now.” ― Buford T. Justice (Jackie Gleason)

29. “This happens every time one of these floozies starts poontangin’ around with those show folk fags.” ― Buford T. Justice (Jackie Gleason)

30. “Well, thank you, Mr. Bandit. And as the pursuer, may I say you’re the goddamnedest pursuee I’ve ever pursued. Now that the mutual bullshit is over, WHERE ARE YOU, YOU SUMBITCH?” ― Buford T. Justice (Jackie Gleason)

34. “What we’re dealing with here is a complete lack of respect for the law.” ― Buford T. Justice (Jackie Gleason)

Smokey and the Bandit quotes from Cledus “The Snowman” Snow

35. “Hey, you got peanut butter or somethin’ in your ears? Tell me what that woman’s got on! (Pause) Her mind?” ― Cledus “The Snowman” Snow

39. “Whoa. I gotta flash for you. That’s called bootleggin’ and that’s against the law.” ― Cledus “The Snowman” Snow

43. “I just passed another Kojack with a Kodak, this place is crawling with bears, where the hell are you?” ― Cledus “The Snowman” Snow

45. “Atlanta to Texarkana and back in twenty eight hours? That ain’t never been done before.” ― Cledus “The Snowman” Snow

Smokey and the Bandit quotes from Little and Big Enos

Bandit: “That’s real good psychology. Why don’t you say something bad about my mother?”

Little Enos: “Your momma is so ugly…”

Bandit: “Wait a minute. What about double or nothin’?”

Little Enos: “You run up to Boston, and bring back some clam chowder for me and my

Which of these Smokey and the Bandit quotes is your favorite?

Bandit’s job is to distract law enforcement by “blocking,” hoping to keep their attention on him and not the Snowman. The film was the second-highest-grossing domestic film of 1977. They had a budget of $4.3 million, and it raked in $126 million. The only film to beat them at the box office that year was Star Wars, and there really is no comparing Star Wars to a regular movie!

Sally Field and Burt Reynolds began their off-and-on-again relationship after meeting on the set of Smokey and the Bandit. The relationship lasted about five years, and the duo filmed 3 additional movies together. Sally field wrote in her memoir that they were “a perfect match of flaws,” and that the relationship was a transformative part of her life.