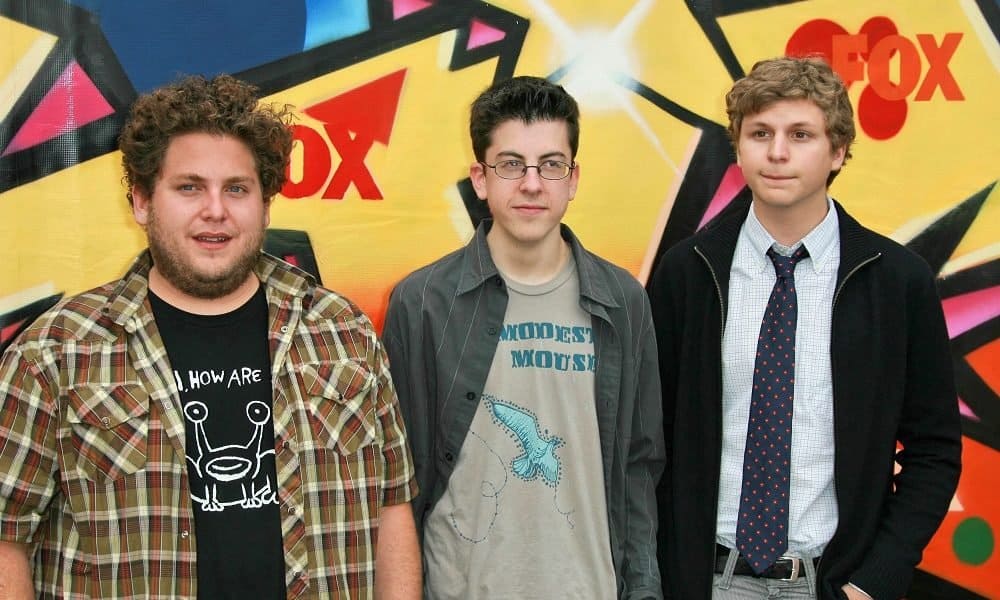 Superbad is one of our favorite teen classic comedies, and these Superbad quotes showcase exactly why.

There’s not just one reason why Superbad has become the millennial version of the classic teen comedy. In fact, there are many.

Superbad is a slice of teen life that explores the pain of growing up and away from your childhood friends as you get ready to leave high school and enter the scary world of adulthood and responsibilities.

It’s a movie about that last hurrah, that last f*ck around with your buds before it’s time to leave the high school chapter of life behind forever.

Beyond that, this is a film that is hilariously funny, filled with dick jokes and doodles, and is totally relatable for anyone who has ever been a teenager.

We hope you enjoy these Superbad quotes.

Don’t forget to also check out these Pokemon quotes from the popular 90s franchise.

7. “For some reason, I don’t know why, I would just kind of sit around all day… and draw pictures of dicks.” — Seth

8. “”Muhammad” is the most commonly used name on Earth. Read a f*cking book for once!” — Fogell

12. “Prepare to be f*cked by the long dick of the law.” — Officer Michaels

13. “We should be guiding your cock, not blocking it.” — Officer Michaels

14. “So I gotta sit here and eat my dessert alone like I’m f*cking Steven Glansberg.” — Seth

15. “They let you pick any name you want when you get down there.” — Fogell

Evan: “Yeah… they said that would happen in health class.”

24. “We should be guiding your cock, not blocking it.” — Officer Michaels

26. “That’s the coolest fucking story I’ve ever heard in my entire life! That’s insane. Is it… Can I hear it again, do you have time?” — Seth

28. “Give me that. All right, you look like a future pedophile in this picture, number 1. Number 2: it doesn’t even have a first name. It just says “McLovin”!” — Seth

30. “Every day, hundreds of kids go into the liquor store with fake IDs, and every single one says they’re 21. How many 21-year-olds do you think there are in this town? It’s called f*cking strategy, all right?” — Fogell

32. “What, you think Becca’s going to be psyched that you brought a bottle of lube? “Oh, Evan! Thank you so much for bringing that lube for my pussy! I could never handle your f*cking four-inch dick inside my p*ssy without your gigantic bottle of LUBE!” These girls are 18 years old. They aren’t dried up old ladies, man. They’re good to go!” — Seth

34. “It’s just not fair that they get to flaunt that stuff, you know… and like, I have to hide every erection I get. Just imagine if girls weren’t weirded out by our boners and stuff, and just like wanted to see them. That’s the world I one day want to live in.” — Evan

35. “You know what I do? I flip my boner up into my waistband. It hides it AND it feels awesome. I almost blew a load into my bellybutton.” — Seth

37. Officer Michaels: “It is… awesome! I mean I’ve only had mine for like a few months, but I’ll tell you, it’s like having two c*cks. If one of your c*cks could kill someone.”

40. “You know when you hear girls saying like “Ahh, I was so shit-faced last night! I shouldn’t have f***ed that guy.” We could be that mistake!” — Seth

42. “Two weeks hand job, one month blow job, whatever, whatever. And then, I make her my girlfriend. And I’ve got like two solid months of sex. By the time college rolls around I’ll be like the Iron Chef of pounding vag.” — Seth

44. “Are you insane?! Look at Jules’s dating record, she dated Dan Remmeck who’s had a six pack since like kindergarten. Jason Stone who looks like Zack Morris, and Matt Muer he’s the sweetest guy! Have you ever stared into his eyes? It was like the first time I heard the Beatles.” — Seth

45. Evan: “I heard she got breast reduction surgery.”

Seth: “What? That’s like slapping God across the face for giving you a beautiful gift.”

Evan: “She had back problems, man.”

Evan: “It’s not just making them smaller. They completely reshaped them. They make them more supple, symmetrical.”

Seth: “I gotta catch a glimpse of these warlocks. Let’s make a move.”

46. “Do you have any normal sized clothes or do you only shop at the Baby Gap?” — Seth

47. “Dude, just listen OK. Jules and her stupid f*cking friend came up to me and they ask me to buy her alcohol. But not just her, for her whole party. You know what that means? By some divine miracle, we were paired up and she actually thought of me. Thought of me enough to decide that I was the guy she would trust with the whole funness of her party. She wants to f*ck me, she wants my d*ck (Catches breath) in and around her mouth.” — Seth

What is your favorite memory from high school?

Superbad is a movie about high school that actually feels like high school. This is mostly because Seth Rogan and Evan Goldberg wrote it in high school.

In fact, the writing-duo started writing their script at the age of 13 and obsessively revised it over and over again for seven years. Many of the scenes that ended up in the movie were events that happened in the writers’ real lives or the lives of their friends.

In a twist of fate, the fact that Superbad was so true to the high school experience, actually stopped studios from picking up the script for years. Executives claimed the script was too dirty and needed to be cleaned up. The script is about friendship between three high school boys, and, well, high school boys are dirty.

To keep the authenticity, Rogan and Goldberg refused to clean up their act and kept revising the script until, finally, it was picked up. By that time, the script had gone through so many revisions, the writing had become hilariously perfect.

Did you enjoy these Superbad quotes and lines? Which quote is your favorite? Let us know in the comments below.