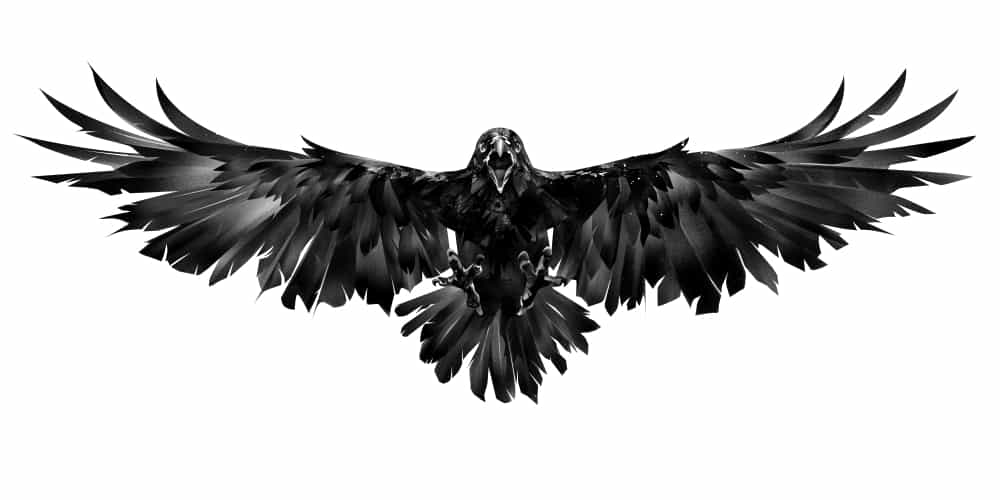 The Crow is a 1994 American superhero film starring Brandon Lee. These The Crow quotes speak to life and death, which is ironic given the tragedy that took place. It would be Brandon’s last performance as he died during the filming of the movie.

Which scene did Brandon Lee die in, and who shot him? Well, there is a part of the movie where Brandon’s character, Eric, is killed after he walks in on thugs beating and raping his fiance. He is shot and killed in the scene, and then later a crow taps on his tombstone. The Crow is born and Eric climbs out of the grave.

Lee had completed most of his filming before this scene, which ended in a horrible tragedy. A previous scene using the same gun had called for inert dummy cartridges fitted with bullets. However, powder and primer were not to be loaded in the revolver. These dummy cartridges provide a more authentic appearance than blank rounds and work well in close-up shots.

Keep reading through these The Crow quotes to learn more about the accident.

Don’t forget to also check out these Conan the Barbarian quotes to make you feel powerful.

The Crow best quotes about death

1. “People once believed that when someone dies, a crow carries their soul to the land of the dead. But sometimes, something so bad happens that a terrible sadness is carried with it and the soul can’t rest. Then sometimes, just sometimes, the crow can bring that soul back to put the wrong things right.” — Sarah

Eric Draven: “He was already dead. He died a year ago the moment he touched her. They’re all dead. They just don’t know it yet.”

3. “Our friend T-bird won’t be joining us this evening on account of a slight case of death.” — Top Dollar

5. “I’m not gonna kill you. Your job will be to tell the rest of them that death is coming for them tonight. Tell them Eric Draven sends his regards.” — Eric Draven

6. “Murderer, man? Murderer? Let me tell you about murder. It’s fun, it’s easy, and you gonna learn all about it.” — Tin Tin

7. “Dad gave me this. Fifth birthday. He said, “Childhood’s over the moment you know you’re gonna die.” — Top Dollar

9. “That’s him! But he looked different. He was all painted up white like some sort of dead whore! I seen him!” — Skank

The Crow movie quotes about God and the devil

10. “No, I want you to set a fire so goddamn big, the gods’ll notice us again, that’s what I’m sayin’. I want all of you boys to be able to look me straight in the eye one more time and say: ARE WE HAVING FUN OR WHAT?” — Top Dollar

11. “Mother is the name for God on the lips and hearts of all children. Do you understand? Morphine is bad for you. Your daughter is out there on the streets waiting for you.” — Eric Draven

12. “Jesus Christ? Stop me if you heard this one: Jesus Christ walks into a hotel.” — Eric Draven

13. “Abashed the Devil stood and felt how awful goodness is.” — T-Bird

14. “A guy shows up looking like a mime from Hell, and you lose him right out in the open. Well, at least he didn’t do that walking against the wind shit, I hate that.” — Albrecht

16. Albrecht: “Are you gonna vanish into thin air again?”

Eric Draven: “I thought I’d use your front door.”

20. Albrecht: “I thought, you know, you were invincible!”

25. “My livelihood got flushed and went swirling.” — Gideon

26. “I call it blood, detective. I suppose you’ll write it up as “graffiti.” — Albrecht

27. “Don’t any of your street-demons have real grown-up names?” — Torres

28. “You burn yourself playing with matches?” — Grange

30. “So you’re him, huh? The Avenger. The Killer of Killers. Nice outfit. I’m not sure about the face, though.” — Top Dollar

31. “Goddamn creatures of the night. They never learn.” — Gideon

34. “I see you have made your decision, now let’s see you enforce it.” — Eric Draven

37. “Maybe we oughta just videotape this, play it back in slow motion.” — Top Dollar

39. “It’s more like surfing than skating. I wish the rain would stop just once.” — Sarah

Life lessons from these The Crow quotes

41. “If the people we love are stolen from us, the way to have them live on is to never stop loving them. Buildings burn, people die, but real love is forever.” — Sarah

42. “Little things used to mean so much to Shelly- I used to think they were kind of trivial. Believe me, nothing is trivial.” — Eric Draven

43. “A building gets torched, all that is left is ashes. I used to think that was true about everything, families, friends, feelings. But now I know, that sometimes if love proves real, two people who are meant to be together, nothing can keep them apart.” — Sarah

44. “I have something to give you. I don’t want it anymore. Thirty hours of pain all at once, all for you.” — Eric Draven

45. “Do you know someone named T-bird? He had a friend who shouldn’t have played with knives.” — Eric Draven

46. “You are seriously fucked up. Would you look in the mirror? I mean, you need professional help!” — Funboy

47. “I saw him too. He had a guitar. He winked at me before he jumped out a fourth-floor window like he had wings.” — Grange

48. “Well, gentlemen, by all means, I think we oughta have an introspective moment of silence for poor ol’ Tin Tin.” — Top Dollar

49. “I got stabbed! I shot the son of a bitch! I watched the bullet hole close by itself. And then my business gets blown up real good. Other than that, my day sucked.” — Gideon

50. “You know, Lake Erie actually caught on fire once from all the crap floating around in it. I wish I could’ve seen that.” — T-Bird

Did you enjoy this list of The Crow quotes?

The film’s prop crew created their own dummy bullets due to time constraints. They pulled the bullets from live rounds and dumped the powder charge, before placing the bullets back in the chamber.

However, they accidentally left the live primer in place. During filming, the revolver discharged by accident, and one of those dummy bullets was driven partway into the barrel. It went unnoticed by the crew and prop staff.

In the scene where Lee was fatally shot, by actor Michael Massee, the same gun would be shot at Lee from about 12 feet away. They loaded it with blanks since they didn’t need the appearance of real bullets, unaware that there was a bullet in the chamber. That bullet would hit Lee in the abdomen with about the same velocity as a real bullet.

He endured six hours of surgery before succumbing to his injuries. The movie was amazing, but Lee’s death cast a shadow over the film. It is an action-packed visual marvel you should check out if you haven’t seen it.

Did you enjoy reading this list of The Crow quotes and lines? Which of the quotes is your favorite? Let us know in the comment section below.