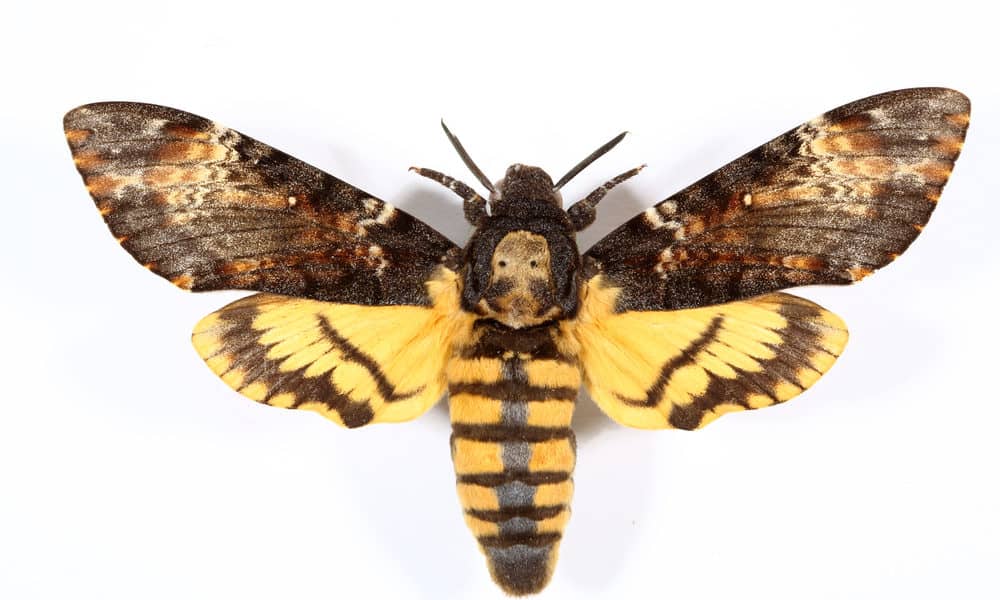 These The Silence of the Lambs quotes will make you want to watch it all over again.

However, Hannibal Lector’s character is based on an actual person. Alfredo Ballí Treviño, a Mexican doctor, served 20 years in prison for the murder in the Penal del Topo Chico in Monterrey, Mexico. Thomas Harris, the author of The Silence of the Lambs, met him while he was serving his sentence. Dr. Trevino spent the later years of his life treating poor people and trying to atone for his past deeds.

The film was released on Valentine’s Day in 1991 and grossed $272.7 million worldwide on a $19 million budget. It was the fifth-highest-grossing movie of 1991. It is critically acclaimed and has won several awards.

Don’t forget to also check out these “The Crow” quotes from the action-packed film with a tragic tale.

The Silence of the Lambs quotes from Hannibal to Clarice

1. “I’ve no plans to call on you, Clarice. The world is more interesting with you in it.” — Hannibal Lecter

2. “Brave Clarice. You will let me know when those lambs stop screaming, won’t you?” — Hannibal Lecter

4. “No! He covets. That is his nature. And how do we begin to covet, Clarice? Do we seek out things to covet? Make an effort to answer now.” — Hannibal Lecter

5. “Don’t you feel eyes moving over your body, Clarice? And don’t your eyes seek out the things you want?” — Hannibal Lecter

6. “I’ve been in this room for eight years, now Clarice, and I know they’ll never let me out, not while I’m alive. What I want is a view where I can see a tree or even water. I want to be in a federal institution far away from Doctor Chiltern. I’ll help you catch him, Clarice.” — Hannibal Lecter

7. “But we don’t reckon time the same way, do we, Clarice?” — Hannibal Lecter

9. “Terns? Mmh. If I help you, Clarice, it will be “turns” with us too. Quid pro quo. I tell you things, you tell me things. Not about this case, though. About yourself. Quid pro quo. Yes or no?” — Hannibal Lecter

11. “First-principles, Clarice. Simplicity. Read Marcus Aurelius. Of each particular thing ask: what is it in itself? What is its nature? What does he do, this man you seek?” — Hannibal Lecter

12. “Memory, Agent Starling, is what I have instead of a view.” — Hannibal Lecter

13. “Good nutrition’s given you some length of bone, but you’re not more than one generation from poor white trash, are you, Agent Starling?” — Hannibal Lecter

14. Hannibal Lecter: “Do you think that Jack Crawford wants you sexually? True, he is much older, but do you think he visualizes scenarios, exchanges, fucking you?”

Clarice Starling: “That doesn’t interest me Doctor and frankly, it’s, it’s the sort of thing that Miggs would say.”

The Silence of the Lambs quotes that will make you uncomfortable

15. “I do wish we could chat longer, but… I’m having an old friend for dinner. Bye.” — Hannibal Lecter

16. Hannibal Lecter: “Why do you think he removes their skins, Agent Starling?”

Hannibal Lecter: “Enthrall me with your acumen.”

17. “I see. I myself cannot. You use Evyan skin cream, and sometimes you wear L’Air du Temps, but not today.” — Hannibal Lecter

19. “A pretty young woman to turn him on. I don’t believe Lecter’s even seen a woman in eight years. And oh, are you ever his taste? So to speak.” — Dr. Frederick Chilton

20. Jack Crawford: Starling, when I told that sheriff we shouldn’t talk in front of a woman, that really burned you, didn’t it? It was just smoke, Starling. I had to get rid of him.

Clarice Starling: It matters, Mr. Crawford. Cops look at you to see how to act. It matters.

21. “You know what you look like to me, with your good bag and your cheap shoes? You look like a rube. A well-scrubbed, hustling rube with a little taste.” — Hannibal Lecter

22. “Jack Crawford is helping your career, isn’t he? Apparently, he likes you and you like him too.” — Hannibal Lecter

The Silence of the Lambs quotes about Hannibal Lecter

24. “But I thought the “yourself” reference was too hokey for Lecter, so I figured he’s from Baltimore, and I looked in the phone book, and there’s a “Your Self Storage” facility, right outside of downtown Baltimore, sir.” — Clarice Starling

25. “If Lecter thinks you’re his enemy, maybe we’d have better luck if I went in by myself.” — Clarice Starling

26. “Oh, he’s a monster. Pure psychopath. So rare to capture one alive. From a research point of view, Lecter is our most prized asset.” — Dr. Frederick Chilton

28. “Doctor, we don’t have any more time for any of this now.” — Clarice Starling

29. “Hester Mofet. It’s an anagram, isn’t it, Doctor? Hester Mofet, “The rest of me.” “Miss the rest of me,” meaning that you rented that garage?” — Clarice Starling

30. “You see a lot, Doctor. But are you strong enough to point that high-powered perception at yourself? What about it? Why don’t you – why don’t you look at yourself and write down what you see? Or maybe you’re afraid to.” — Clarice Starling

31. Dr. Frederick Chilton: You could have mentioned this in my office and saved me the time.

Clarice Starling: Yes, but then I would have missed the pleasure of your company.

33. “I don’t know. I didn’t have any food, any water, and it was very cold, very cold. I thought, I thought, if I could save just one, but… he was so heavy. So heavy. I didn’t get more than a few miles when the sheriff’s car picked me up. The rancher was so angry he sent me to live at the Lutheran orphanage in Bozeman. I never saw the ranch again.” — Clarice Starling

35. “You still wake up sometimes, don’t you? You wake up in the dark and hear the screaming of the lambs.” — Hannibal Lecter

36. “You think if Catherine lives, you won’t wake up in the dark ever again to that awful screaming of the lambs.” — Hannibal Lecter

37. “I graduated from UVA, Captain; it’s not exactly a charm school.” — Clarice Starling

The Silence of the Lambs quotes about serial killers

39. Clarice Starling: If you didn’t kill him, then who did, sir?

Hannibal Lecter: Who can say. Best thing for him, really. His therapy was going nowhere.

40. “Punishment, you see, for Miggs. Like that Gospel Programme. When you’re gone, they’ll turn the volume way up. Doctor Chiltern does enjoy his petty torments.” — Hannibal Lecter

41. “All good things to those who wait. I’ve waited, but how long can you and Jackie-boy wait? Our little Billy must already be looking for that next special someone.” — Hannibal Lecter

42. “Garden-variety Manic Depressive. Tedious, very tedious. I did not kill him; I assure you just tucked him away, very much as I found him after he’d missed three appointments.” — Hannibal Lecter

43. “There are three major centers for transsexual surgery… I wouldn’t be surprised if Billy had applied for sex reassignment at one or all of them and been rejected… Billy hates his own identity, you see, and he thinks that makes him a transsexual.” — Hannibal Lecter

44. “There’s no correlation in the literature between transsexualism and violence. Transsexuals are very passive.” — Clarice Starling

45. “How the fuck should I know? Just get me outta here!” — Catherine Martin

46. “No. That is incidental. What is the first and principal thing he does? What needs does he serve by killing?” — Hannibal Lecter

48. “No, nothin’ like that at all. Say, does the FBI learn something? The police around here don’t seem to have the first clue.” — Jame “Buffalo Bill” Gumb

50. Clarice Starling: “It excites him. Most serial killers keep some sort of trophies from their victims.”

Clarice Starling: “No. No, you ate yours.”

Which of these The Silence of the Lambs quotes is your favorite?

Award-winning actress Jodie Foster was interested in playing FBI agent Clarice Starling after reading the novel. However, director Jonathan Demme was on the fence about whether she was the best choice for the role. He tried to tap Michelle Pfeiffer, Meg Ryan, and Laura Dern, who all turned it down. Aren’t you glad? I just can’t imagine Meg Ryan as Clarice Starling. Honestly, this role was made for Jodie Foster.

Weirdly enough, Anthony Hopkins was also not the first choice for the role of Lecter. Demme wanted Sean Connery to play the part, but he turned it down. Then they offered the role to Hopkins, whose first reaction was that it was a children’s story. After reading the first few pages, he reportedly called his agent and said, “This is the best part I’ve ever read.”

The pair worked well together, and the movie has become a classic. CBS’ new show Clarice, starring Rebecca Breeds, picks up six months after the events in The Silence of the Lambs. My husband is nervous to watch it because he thinks they are going to ruin a good thing, but I will give it a shot! How about you? Will you be watching? Let us know in the comment section below. Don’t forget to also share with us any other favorite The Silence of the Lambs quotes and lines.