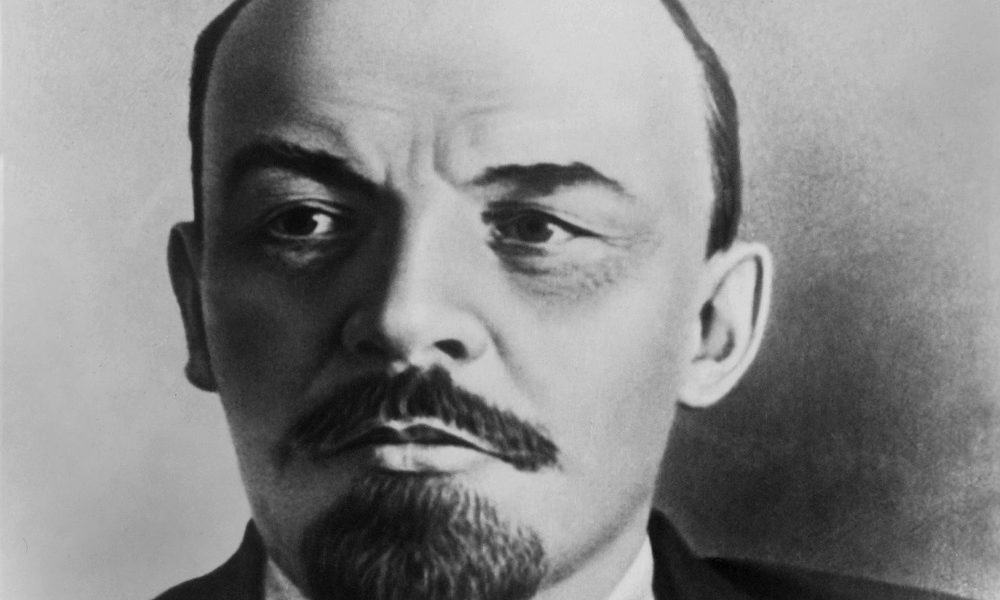 Did you know that Vladimir Lenin, the Russian revolutionary, politician, and political theorist, wasn’t born Vladimir Lenin? His name was actually Vladimir Ilyich Ulyanov. He was born to a middle-class family in Simbirsk. Lenin embraced revolutionary socialist politics after his brother was executed in 1887. Knowing his background, it isn’t surprising that a lot of these Vladimir Lenin quotes had to do with politics, the middle class, and society.

He attended Kazan Imperial University, from which they expelled him for participating in protests against the Russian Empire’s Tsarist government. This prompted him to move to Saint Petersburg in 1893, where he became a senior Marxist activist. He was arrested in 1897 on charges of sedition and exiled to Shushenskoye for three years.

He moved around Western Europe, where he became a popular and a more devoted Marxist political figure. After Russia’s failed Revolution of 1905, he campaigned for the First World War to be transformed into a Europe-wide revolution, in an effort to overthrow capitalism and replace it with socialism.

Keep reading these quotes from Vladimir Lenin to gain insight into why he thought a revolution was necessary.

Don’t forget to also check out these Joseph Stalin quotes from the influential and controversial Soviet leader.

1. “Translated into ordinary human language this means that the development of capitalism has arrived at a stage when, although commodity production still “reigns” and continues to be regarded as the basis of economic life, it has in reality been undermined and the bulk of the profits go to the “geniuses” of financial manipulation.” ― Vladimir Lenin

2. “The more democratic the system of government is, the clearer it will be to the workers that the root of the evil is not the lack of rights, but capitalism.” ― Vladimir Lenin

3. “Capitalism has grown into a world system of colonial oppression and of the financial strangulation of the overwhelming majority of the population of the world by a handful of “advanced” countries. And this “booty” is shared between two or three powerful world plunderers armed to the teeth (America, Great Britain, Japan), who are drawing the whole world into their war over the division of their booty.” ― Vladimir Lenin

4. “Freedom in capitalist society always remains about the same as it was in ancient Greek republics: Freedom for slave owners.” ― Vladimir Lenin

5. “The Capitalists will sell us the rope with which we will hang them.” ― Vladimir Lenin

6. “Capitalists can buy themselves out of any crisis, so long as they make the workers pay.” ― Vladimir Lenin

7. “The best way to destroy the capitalist system is to debauch the currency.” ― Vladimir Lenin

9. “Capitalists are no more capable of self-sacrifice than a man is capable of lifting himself up by his own bootstraps.” ― Vladimir Lenin

10. “The goal of Socialism is Communism.” ― Vladimir Lenin

11. “Medicine is the keystone of the arch of socialism.” ― Vladimir Lenin

12. “Socialism means keeping account of everything. You will have socialism if you take stock of every piece of iron and cloth.” ― Vladimir Lenin

13. “In the history of modern socialism, this is a phenomenon, that the strife of the various trends within the socialist movement has from national become international.” ― Vladimir Lenin

14. “Communism is Soviet power, plus the electrification of the whole country.” ― Vladimir Lenin

17. “It is more pleasant and useful to go through the ‘experience of the revolution’ than to write about it.” ― Vladimir Lenin

18. “Revolution can never be forecast; it cannot be foretold; it comes of itself. Revolution is brewing and is bound to flare up.” ― Vladimir Lenin

19. “The revolution does not need historians.” ― Vladimir Lenin

20. “A revolution is certainly the most authoritarian thing that is possible. Revolution is the act whereby one part of the population imposes its will upon the other part by means of rifles, bayonets, and cannons, i.e. extremely authoritarian means.” ― Vladimir Lenin

21. “We are witnessing a highly instructive and highly comical spectacle. The bourgeois liberal prostitutes are trying to drape themselves in the toga of revolution.” ― Vladimir Lenin

22. “Give me just one generation of youth, and I’ll transform the whole world.” ― Vladimir Lenin

24. “Give me four years to teach the children and the seed I have sown will never be uprooted.” ― Vladimir Lenin

25. “Give us the child for 8 years and it will be a Bolshevik forever.” ― Vladimir Lenin

26. “The best way to control the opposition is to lead it ourselves.” ― Vladimir Lenin

27. “While the State exists, there can be no freedom. When there is freedom there will be no State.” ― Vladimir Lenin

28. “Every society is three meals away from chaos.” ― Vladimir Lenin

29. “One man with a gun can control a hundred without one.” ― Vladimir Lenin

31. “The way to crush the bourgeoisie is to grind them between the millstones of taxation and inflation.” ― Vladimir Lenin

32. “Exchange, fair or unfair, always presupposes and includes the rule of the bourgeoisie.” ― Vladimir Lenin

33. “The bourgeoisie are today evading taxation by bribery and through their connections; we must close all loopholes.” ― Vladimir Lenin

34. “Bourgeois democracy, although a great historical advance in comparison with medievalism, always remains, and under capitalism is bound to remain, restricted, truncated, false and hypocritical, a paradise for the rich and a snare and deception for the exploited, for the poor.” ― Vladimir Lenin

35. “Whenever the cause of the people is entrusted to professors, it is lost.” ― Vladimir Lenin

36. “Can a nation be free if it oppresses other nations? It cannot.” ― Vladimir Lenin

38. “Unity is a great thing and a great slogan. But what the workers’ cause needs is the unity of Marxists, not unity between Marxists, and opponents and distorters of Marxism.” ― Vladimir Lenin

39. “The oppressed are allowed once every few years to decide which particular representatives of the oppressing class are to represent and repress them in parliament.” ― Vladimir Lenin

41. “It is true that liberty is precious; so precious that it must be carefully rationed.” ― Vladimir Lenin

Vladimir Lenin quotes you can relate to in your daily life

42. “There are decades where nothing happens, and there are weeks where decades happen.” ― Vladimir Lenin

45. “It is necessary sometimes to take one step backward, to take two steps forward.” ― Vladimir Lenin

46. “I can’t listen to music too often. It affects your nerves, makes you want to say stupid nice things, and stroke the heads of people who could create such beauty while living in this vile hell.” ― Vladimir Lenin

47. “Despair is typical of those who do not understand the causes of evil, see no way out and are incapable of struggle.” ― Vladimir Lenin

48. “The most important thing when ill is to never lose heart.” ― Vladimir Lenin

49. “One must always strive to be as radical as reality itself.” ― Vladimir Lenin

50. “There are no morals in politics; there is only experience. A scoundrel may be of use because he is a scoundrel.” ― Vladimir Lenin

What did you learn from these Vladimir Lenin quotes?

Lenin served as the first and founding head of government of Soviet Russia and of the Soviet Union. Under Lenin’s rule, the country became a one-party socialist state governed by the Soviet Communist Party.

Lenin was a Marxist, which shaped his communist ideology. He is the founder of Leninism, which is a blend of Marxism and his variations. The Red Terror, a violent campaign led by the state security services, suppressed Lenin’s opponents and resulted in tens of thousands of deaths. They interned others in concentration camps.

Lenin is considered a significant and influential figure of the 20th century, becoming a prominent influence over the international communist movement. He was the posthumous subject of a pervasive personality cult within the Soviet Union until it disbanded in 1991.

Lenin’s supporters saw him as a champion of socialism and a hero for the working class. Critics have emphasized his role as founder and leader of an authoritarian regime that suppressed people for the sake of politics, and killed, or imprisoned, a massive amount of people.

If you have any other Vladimir Lenin quotes and sayings you would like to add, you can do so in the comment section below.