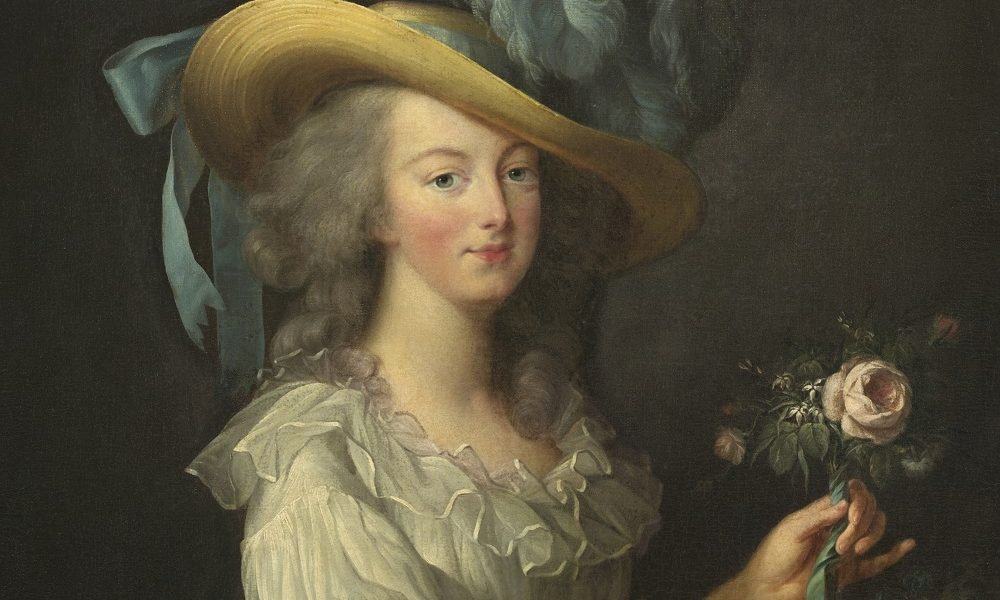 Marie Antoinette is one of history’s most famous royal faces. However, much of what we know about her is not quite accurate. For instance, the line that she is most famous for, “Let them eat cake,” does not belong to her.

This quote of ‘hers’ is reportedly one thing that drove the starving and poor French people to revolt. So if she didn’t say that, then why was she put to death?

There is much that most people do not know about Marie Antoinette, but by looking at these quotes, we can catch a glimpse into how she felt about her life and her family.

She also had some things to say about cake and the people and nation of France. The bottom line, though, is that Marie Antoinette was the last Queen of France before the French Revolution.

Don’t forget to also check out these history quotes that will open your eyes to stories of generations past.

2. “As the Dauphine stepped out of her carriage onto the ceremonial carpet that had been laid down, it was the Duc de Choiseul who was given the privilege of the first salute. Presented with the Duc by Prince Starhemberg, Marie Antoinette exclaimed: ‘I shall never forget that you are responsible for my happiness!” ― Antonia Fraser, Marie Antoinette: The Journey

3. “There must be no repercussions to this,” says Marie Antoinette. “Her quiet voice slides through the room like the whisper of a steel blade.” ― Meghan Masterson, The Wardrobe Mistress: A Novel of Marie

4. “The truth is that, in times of turmoil, people look for a scapegoat to sacrifice. Marie Antoinette just happened to be the French Revolution’s favorite It girl. To be fair, Marie Antoinette lived in a world in which she was expected to obey her husband as if he were God, to spill forth children as if she were Eve and then accept that aristocrats ate cake while peasants had no bread. After all, it was divine will and all that.” ― Kris Waldherr, Doomed Queens

5. “Kings who become prisoners are not far from death.” ― Antonia Fraser, Marie Antoinette: The Journey

6. “Motherhood had been metamorphosing Marie Antoinette into a more grounded and responsible woman. Her pregnancies had necessitated several months’ absence from her usual round of gay amusements, and she discovered that it was more fun to spend time with her children than it had been to play faro deep into the wee hours of the morning. But her reputation as a frivolous, extravagant ninny and the marital issues in the royal bed had already demonized her in the eyes of the people at all levels of society.” ― Leslie Carroll, Notorious Royal Marriages: A Juicy Journey Through Nine Centuries of Dynasty, Destiny, and Desire

7. “It is in misfortune that you realize your true nature.” ― Antonia Fraser quoting Marie Antoinette

8. “I am terrified of being bored.” ― Marie Antoinette

9. “I was a queen, and you took away my crown; a wife, and you killed my husband; a mother, and you deprived me of my children. My blood alone remains: take it, but do not make me suffer long.” ― Marie Antoinette

10. “There is nothing new except what has been forgotten.” ― Marie Antoinette

12. “Courage! I have shown it for years; think you, shall I lose it at the moment when my sufferings are to end?” ― Marie Antoinette

13. “It would be doing me great injustice to think that I have any feeling of indifference to my country; I have more reason than anyone to feel, every day of my life, the value of the blood which flows in my veins, and it is only from prudence that at times I abstain from showing how proud I am of it.” ― Marie Antoinette

14. “We made our entrance into Paris. As for honors, we received all that we could possibly imagine; but they, though very well in their way, were not what touched me most. What was really affecting was the tenderness and earnestness of the poor people, who, in spite of the taxes with which they are overwhelmed, were transported with joy at seeing us.” ― Marie Antoinette

15. “No one understands my ills, nor the terror that fills my breast, who does not know the heart of a mother.” ― Marie Antoinette

16. “When everyone else is losing their heads, it is important to keep yours.” ― Marie Antoinette

18. “Letting everyone down would be my greatest unhappiness.” ― Marie Antoinette

19. “Adieu, dear heart, nothing but death can make me cease to love you.” ― Marie Antoinette

20. “Tribulation first makes one realize what one is.” ― Marie Antoinette

21. “And I will make thee beds of roses, And a thousand fragrant posies.” ― Marie Antoinette

Marie Antoinette quotes about her life

22. “It is true I am rather taken up with dress; but as to feathers, everyone wears them, and it would seem extraordinary if I did not.” ― Marie Antoinette

23. “You can be assured that I need no one’s guidance in anything concerning propriety.” ― Marie Antoinette

24. “No harm will come to me. The Assembly is prepared to treat us leniently.” ― Marie Antoinette

25. “My tastes are not those of the king who has none, except for hunting and mechanic’s labour.” ― Marie Antoinette

26. “The king is full of kindnesses toward me, and I love him tenderly. But it is pitiable to see his weakness for Madame du Barri, who is the silliest and most impertinent creature that it is possible to conceive.” ― Marie Antoinette

27. “Your Majesty may rest assured about my conduct towards the Comtesse de Provence; I will certainly try and gain her friendship and confidence, without going too far.” ― Marie Antoinette

28. “I should be very sorry if the Germans disapproved of me.” ― Marie Antoinette

29. “It is the nature of human beings, and especially of the mediocre ones, to wish to change everything. They desire it all the more because they know popularity will accrue rather to those who disturb than to those who maintain order.” ― Marie Antoinette

30. “I have begun the ‘History of England’ by Mr. Hume. It seems to me very interesting, though it is necessary to recollect that it is a Protestant who has written it.” ― Marie Antoinette

31. “I had friends. The idea of being forever separated from them and from all their troubles is one of the greatest sorrows that I suffer in dying. Let them at least know that to my latest moment I thought of them.” ― Marie Antoinette

32. “I have just been condemned, not to a shameful death, which can only apply to felons, but rather to finding your brother again…I seek forgiveness for all whom I know for every harm I may have unwittingly caused them…Adieu, good, gentle sister…I embrace you with all my heart as well as the poor, dear children.” ― Marie Antoinette

33. “I have come, Sire, to complain of one of your subjects who has been so audacious as to kick me in the belly.” ― Marie Antoinette

Marie Antoinette quotes about her mother and family

34. “You have doubtless heard, my dear mother, the misfortune of Madame de Chartres, whose child is born dead. But I would rather have even that, terrible as it is, then be as I am without hope of any children.” ― Marie Antoinette

35. “My mother sees things but from the distance; she does not weigh them in regard to my position, and she judges me too harshly. But she is my mother, who loves me dearly; and when she speaks, I can only bow my head.” ― Marie Antoinette

36. “My dear mamma is quite right when she says that we must lay down principles and not depart from them. The king will not have the same weaknesses as his grandfather. I hope that he will have no favorites; but I am afraid that he is too mild and too easy. You may depend upon it that I will not draw the king into any great expenses.” ― Marie Antoinette

37. “I pity my brother Ferdinand, knowing by my own feelings how sad a thing it is to live apart from one’s family.” ― Marie Antoinette

38. “I feel more and more, every day of my life, how much my dear mamma has done for my establishment. I was the youngest of all her daughters, and she has treated me as if I were the eldest, so that my whole soul is filled with the most tender gratitude.”

40. “Farewell, my children, forever. I go to your Father.” ― Marie Antoinette

41. “One’s enjoyment is doubled when one can share it with a friend – and where can one find a more affectionate, a more intimate friend than in one’s own family?” ― Marie Antoinette

Marie Antoinette quotes about cake and the French

42. “But how will I eat cake if my head is over there, and my hands are over here?” ― Marie Antoinette

43. “How often do the poor in the US get to stand in front of their nation’s Marie Antoinette’s and shove the stale, mass-produced cake of lower-class reality back into their mouths?” ― M.B. Dallocchio

45. “The King of Prussia is innately a bad neighbor, but the English will also always be bad neighbors to France, and the sea has never prevented them from doing her great mischief.” ― Marie Antoinette

46. “It is an amazing feature in the French character that they will let themselves be led away so easily by bad counsels and yet return again so quickly. It is certain that as these people have, out of their misery, treated us so well, we are the more bound to work for their happiness.” ― Marie Antoinette

47. “In a month’s time, I shall be able to give your Majesty news of the Comtesse de Provence, for the marriage is fixed for May 14th; they had prepared many fetes for this marriage, but now they are economising in them for want of money.” ― Marie Antoinette

48. “The king and the dauphin both like to see me on horseback. I only say this because all the world perceives it, and especially while we were absent from Versailles, they were delighted to see me in my riding habit.” ― Marie Antoinette

49. “The ministers and the Jacobins are making the king declare war tomorrow on Austria. The ministers are hoping that this move will frighten the Austrians and that within three weeks we will be negotiating (God forbid that this should happen). May we at last be avenged for all the outrages we have suffered from this country!” ― Marie Antoinette

50. “I trust we shall never be reduced to the painful extremity of seeking the aid of Mirabeau.” ― Marie Antoinette

51. “Our lives are just spectacles. We are like dolls, in a sense, to be observed and played with – often with cruel and deceitful intentions – in an unreal world.” – Marie Antoinette

52. “It lies in humanity’s infinite capacity for self-deception where some perceived (and in this case long-desired) advantage is at stake.” – Antonia Fraser, Marie Antoinette

What did you learn from these Marie Antoinette quotes?

There were many reasons that the people of France hated Marie Antoinette. It took her years to conceive a child, and the timing of her first child was suspect.

Antoinette had several male admirers, so this hurt her popularity among the people. She had also influenced some political decisions that would later affect her as well. She convinced the king to intercede in Austria (and on her family’s behalf).

Antoinette made some changes to how things functioned within the royal court, and that upset many traditionalists. Many people also disliked and questioned her choice for a governess to the royal children.

Shortly after, detractors distributed pamphlets accusing the queen of many affairs and sexually deviant practices. She became an easy scapegoat for a society that was struggling and angry, and it is a depressing ending to the young queen’s story.

What’s your biggest takeaway from these Marie Antoinette quotes and sayings? Do you have any other favorite quotes to add? Let us know in the comment section below.