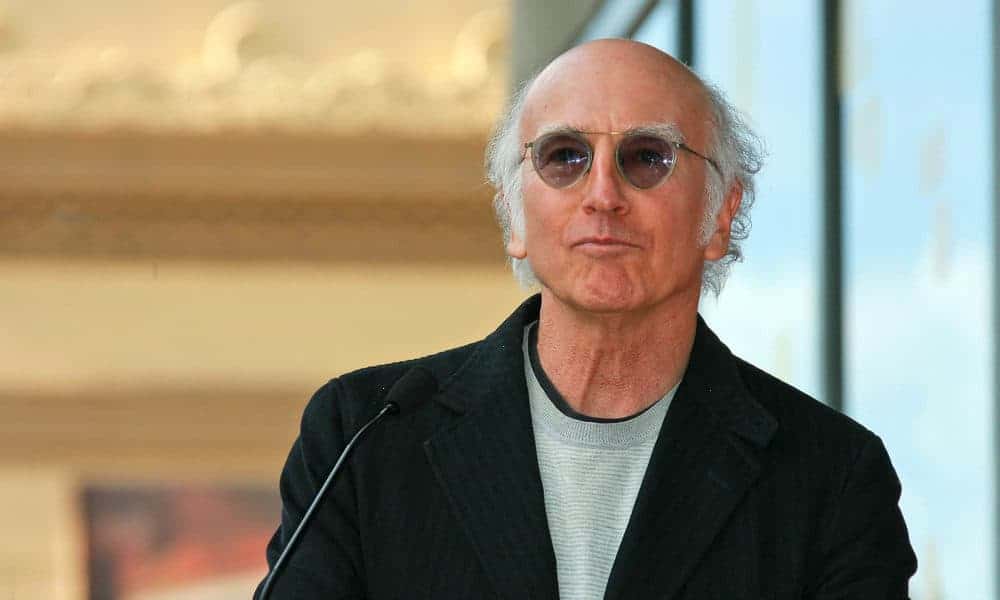 Larry David found success in television when he co-wrote and produced Seinfeld in the 1990s. Here is our list of Larry David quotes about his life and career.

Seinfeld is a show that everyone and their mother has watched reruns of a hundred times or more. During its run, Seinfeld won three Golden Globes and ten Primetime Emmys accolades that Larry David is partly responsible for. David himself has won two Writers Guild of America awards for his writing on the series.

In 2000, David started the improvisational comedy show, Curb Your Enthusiasm, and has either written or co-written every episode since its conception. The series was recently renewed for an 11th season.

We hope you enjoy our list of Larry David quotes.

1. “Sometimes I have these fantasies of just moving to a foreign country and coming back with a full head of hair. Or not even come back! Make a new life there with hair… Change my name, just see what happens.” — Larry David

2. “You know who wears sunglasses inside? Blind people and assholes.” — Larry David

3. “Hear the birds? Sometimes I like to pretend that I’m deaf and I try to imagine what it’s like not to be able to hear them. It’s not that bad.” — Larry David

4. “I learned the first night that IHOP’s not the place to order fish.” — Larry David

5. “Let’s go upstairs and all get under the covers and sob.” — Larry David

7. “I had a wonderful childhood, which is tough because it’s hard to adjust to a miserable adulthood.” — Larry David

8. “Can I apologize for the apology?” — Larry David

13. “A good compromise is when both parties are dissatisfied.” — Larry David

14. “Actually I walk around with the Emmy wherever I go, but I’m very casual about it.” — Larry David

16. “I tolerate lactose like I tolerate people.” — Larry David

18. “Most people are completely unaware of their breath. They violate your space, they have no idea that they have halitosis.” — Larry David

19. “When I was living in New York, there was a lot of screaming in my life. I would just get into these altercations all the time. Being in public, dealing with shopkeepers, just trying to cross the street – things like that.” — Larry David

20. “The customer is usually a moron and an asshole.” — Larry David

21. “A date is an experience you have with another person that makes you appreciate being alone.” — Larry David

Larry David quotes about being confident

23. “Anyone can be confident with a full head of hair. But a confident bald man – there’s your diamond in the rough.” — Larry David

24. “When I’m in social situations, I always hold onto my glass. It makes me feel comfortable and secure and I don’t have to shake hands.” — Larry David

25. “Once I know people know who I am, it gives me a lot of license and freedom to behave in ways I wouldn’t normally.” — Larry David

Larry David quotes about himself

27. “There’s nothing that reflects me. I’m unreflectable!” — Larry David

31. “When I was living in New York and didn’t have a penny to my name, I would walk around the streets, and occasionally I would see an alcove or something. And I’d think, that’ll be good, that’ll be a good spot for me when I’m homeless.” — Larry David

32. “Well, I always think the worst things are going to happen here because I’m – basically inside, I’m a bad person, and so the bad kind of takes over.” — Larry David

34. “All of a sudden I discovered that I’m allergic to caviar. It was the perfect metaphor for my life. When I was only able to afford bad caviar, I could certainly eat my fill of it.” — Larry David

36. “I’ve been in therapy. I know enough about myself now to know that I really don’t need to know anymore.” — Larry David

Larry David quotes on writing and his career

38. “I don’t write shows with dialogue where actors have to memorize dialogue. I write the scenes where we know everything that’s going to happen. There’s an outline of about seven or eight pages, and then we improvise it.” — Larry David

39. “I’m one of the idiots that negotiates after I write.” — Larry David

40. “I was very fortunate to hook up with Jerry in the first place. The network was already committed to doing something with him, so I skipped a couple of hundred steps right there.” — Larry David

41. “Eventually as I kept writing it, something emerged that was not quite me but a version of me.” — Larry David

42. “It’s always good to take something that’s happened in your life and make something of it comedically.” — Larry David

43. “If you tell the truth about how you’re feeling, it becomes funny.” — Larry David

44. “I still think of that guy I was without a wife or kids, and I still want to entertain that guy. The lonely guy, the frustrated guy, the guy with no money – this is the guy who needs to laugh.” — Larry David

46. “I don’t think anyone really is interested in reading about my emotional state. It’s not even interesting to me.” — Larry David

48. “Trying on pants is one of the most humiliating things a man can suffer that doesn’t involve a woman.” — Larry David

49. “When you’re not concerned with succeeding, you can work with complete freedom.” — Larry David

50. “I’ve led this empty life for over forty years and now I can pass that heritage on and ensure that the misery will continue for at least one more generation.” — Larry David

51. “You can’t do anything in life. The social barriers in life are so intense and horrific that every encounter is just fraught with so many problems and dread. Every social situation is a potential nightmare.” – Larry David

52. “The one thing about Hitler that I admire is that he wouldn’t take any shit from magicians.” – Larry David

53. “Whenever something good happens to me, it’s usually followed by something terrible.” – Larry David

54. “I’m surprised sometimes at how some of my actions are misinterpreted.” – Larry David

55. “It’s not every day that you get to be affectionate around something, it just doesn’t happen that often.” – Larry David

56. “I think we’re all good and bad, but good’s not funny. Bad is funny. Suppress the good and let the bad out, and then you can be funny.” – Larry David

57. “Sure, being a reservist wasn’t as glamorous, but I was the one who had to look at myself in the mirror.” – Larry David

58. “I don’t take on big things. What I do, pretty much, is make the big things small and the small things big.” – Larry David

59. “I like to be quiet, and let people find me rather than having to shout at them.” – Larry David

60. “Every relationship is just so tenuous and precarious.” – Larry David

What is your favorite Seinfeld episode?

Larry David has made a successful career out of being a funny man. He started his career in stand up before climbing the ranks to Saturday Night Live.

When he met his comedic accomplice, Jerry Seinfeld, David’s comedy career was in the bag. His pessimistic humor is relatable and can have his audience laughing out loud at his comedic one-liners.

Most recently, David has been writing and starring in the HBO comedy, Curb Your Enthusiasm, where he plays a semi-realistic version of himself. The show is a huge success having snagged a Golden Globe and two Emmys.

Which of these Larry David quotes and sayings is your favorite? Let us know in the comments below!