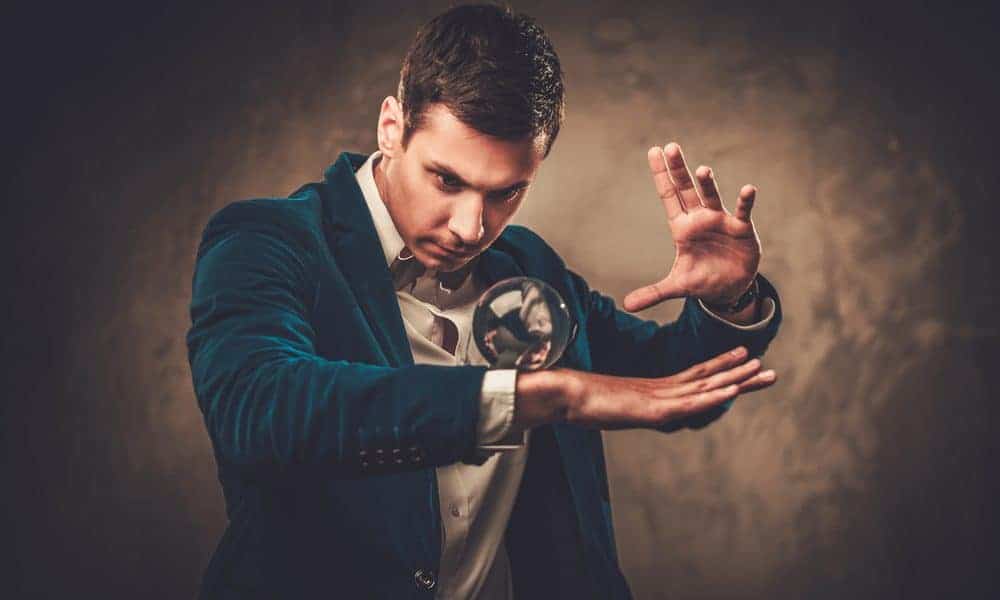 No matter who you are or where you’re going in life, we all need a little bit of a push, and these magic quotes can help get you there.

When you were a child, the thought of magic was never far off. From the movies you watched to the books you read to the stories of Santa and the Easter Bunny you believed in, magic was a part of your life.

Do you believe in magic?

As we grow older, that magic fades away, and it can be hard to regain it during the many trials and tribulations of adult life. But there is always hope and magic in the world, if you simply know where to look for it.

To bring a little bit of that magic back, we’ve scoured the internet to find the best magic quotes for you, to keep you believing in larger and beautiful things.

Magic Quotes to Keep You Believing

2. “Those who don’t believe in magic will never find it.”― Roald Dahl

3. “Believe in your heart that you’re meant to live a life full of passion, purpose, magic and miracles.”― Roy T. Bennett

4. “The world is full of magic things, patiently waiting for our senses to grow sharper.”― W.B. Yeats

6. “Magic exists. Who can doubt it, when there are rainbows and wildflowers, the music of the wind and the silence of the stars? Anyone who has loved has been touched by magic. It is such a simple and such an extraordinary part of the lives we live.”― Nora Roberts

7. “Children see magic because they look for it.”― Christopher Moore

9. “Music is the strongest form of magic.”― Marilyn Manson

10. “Magic is believing in yourself. If you can do that, you can make anything happen.”― Johann Wolfgang von Goethe

Magic quotes to awaken your dreams

11. “Magic can be found in stolen moments.”― Francesca Lia Block

12. “I am sure there is Magic in everything, only we have not sense enough to get hold of it and make it do things for us.”― Frances Hodgson Burnett

13. “Magic will find those with pure hearts, even when all seems lost.”― Morgan Rhodes

14. “Never, ever stop believing in magic, no matter how old you get. Because if you keep looking long enough and don’t give up, sooner or later you’re going to find Mary Poppins.” ― Steve Kluger

If you’re enjoying these quotes, make sure to read our collection of Mary Poppins quotes from the iconic movie.

15. “Genius is another word for magic, and the whole point of magic is that it is inexplicable.“ – Margot Fonteyn

16. “Real magic in relationships means an absence of judgment of others.” — Wayne Dyer

17. “Imagination is the true magic carpet.” – Norman Vincent Peale
If you’re enjoying these quotes, make sure to check out our collection of imagination quotes that will inspire you to unleash the untapped treasures in your mind.

18. “There’s just some magic in truth and honesty and openness.” – Frank Ocean

19. “Think of the magic of that foot, comparatively small, upon which your whole weight rests. It’s a miracle, and the dance is a celebration of that miracle.” – Martha Graham

Also read these Dumbledore quotes on love, life, and integrity.

21. “There’s a bit of magic in everything, and some loss to even things out.” – Lou Reed

22. “Painting is a lie. It’s the most magic of all media, the most transcendent. It makes space where there is no space.” – Chuck Close

23. “I was so young, and making movies, going to the studio every morning at dawn was magic.” – Natalie Wood

24. “For me, there is very little difference between magic and art. To me, the ultimate act of magic is to create something from nothing: It’s like when the stage magician pulls the rabbit from the hat.” – Alan Moore

25. “People often called us perfectionists, but we were not looking for perfection. We were looking for some kind of magic in the music.” – Paul Simon

26. “I always write ‘Magic Potion’ on my perfume bottles so when I use them, it feels magical – I make spells in the morning when I put them on.” –Alexa Chung

27. “I think making a movie or a record, the best things happen by accident – and those end up being the magic. Every time I’ve followed my gut it’s been better than when I’ve tried to do what I was supposed to do.” – Zooey Deschanel

29. “I think that the ideal space must contain elements of magic, serenity, sorcery and mystery.” – Luis Barragan

Magic quotes to boost your imagination

31. “Music is so intimate and so personal that when you can find somebody that feels the same way about it that you do, it’s magic. It can be. It really can be.” – Trisha Yearwood

32. “What others call magic realism is normal and an everyday thing to me.” – Laura Esquivel

33. “I think space and music go hand in hand in the sense that they give a little more mystery and magic to life.” – Bazzi

34. “I am here on Earth to express myself, and the many media of art are my magic carpets that allow me the freedom to do so.” – Brandon Boyd

36. “If you see the magic in a fairy tale, you can face the future.” – Danielle Steel

38. “I think hope and magic are probably connected.” – Kate DiCamillo

39. “The Internet has always been, and always will be, a magic box.”- Marc Andreessen

40. “Making people laugh is magic. I feel like if you have humility, then you can do anything in comedy.” – Amanda Seyfried

Magic quotes to open up your eyes to it

42. “Words can have the same kind of magic as riffs can.” – Stone Gossard

43. “And where does magic come from? I think that magic’s in the learning.” – Dar Williams

44. “It’s a very hard thing for all of us to accept ourselves at all the different stages – the horrible side, the wonderful side, the adorable side – and who you are as a grownup. And then to bring what you learned as a child to that grownup: that is the magic of creativity.” – Ellen Greene

45. “I think reading is one of the greatest forms of magic available to us on the planet.”  – Jim James

47. “It’s not sometimes realistic to think that something magical can happen, but I think I look for the magic.” – Sherilyn Fenn

48. “The Internet has always been, and always will be, a magic box.” – Marc Andreessen

50. “Magic touches people in the way great art does. It lets them see the world with new eyes.” – Drummond Money-Coutts

Magic quotes that will make your day

52. “Magic comes from what is inside you. It is a part of you. You can’t weave together a spell that you don’t believe in.”― Jim Butcher

53. “That’s the thing about magic; you’ve got to know it’s still here, all around us, or it just stays invisible for you.”― Charles de Lint

55. “Some people are magic, and others are just the illusion of it.”― Beau Taplin

56. “M is for magic. All the letters are, if you put them together properly. You can make magic with them, and dreams, and, I hope, even a few surprises…”― Neil Gaiman

57. “But remember. Just because you don’t believe in something doesn’t mean it isn’t real.”― Katherine Howe

58. “Magical places are always beautiful and deserve to be contemplated … Always stay on the bridge between the invisible and the visible.”― Paulo Coelho

59. “But all the magic I have known I’ve had to make myself.”― Shel Silverstein

60. “Magic doesn’t require beauty,’ she said. ‘Easy magic is pretty. Great magic asks that you trouble the waters. It requires a disruption, something new.”― Leigh Bardugo

62. “There’s a lot of magic between you too, ain’t no denying that. And magic makes forgettin’ hard.” – Nicholas Sparks

63. “Words and magic were in the beginning one and the same thing, and even today words retain much of their magical power.” – Sigmund Freud

65. “There is no place so dangerous as a world without magic.” – Terry Goodkind

66. “The world will always need “magic”. Without it, Life is nothing but cheap tricks.” – Solange Nicole

67. “Magic was not in glitter and sparks. Real magic didn’t need to be.” – Thomm Quackenbush

68. “Believe in magic. Believe in the impossible.” – Morgan Rhodes

69. “Let the magic of life remind you of your own miracles.” – Shaa Zainol

70. “There was magic in the world, pure and simple, things she didn’t understand. Best get used to it.” – Rebecca Roanhorse

Which of these magic quotes washed over your senses?

No matter how old you are, there’s always magic to be found in this world. Whether it’s in the art that we create, the joy we bring others, the challenges we crush, the self-empowerment we build, the failures that lead to opportunities, or just the path that life leads us on, magic lingers within us and all around us, if we can just believe.

We hope these awesome magic quotes stirred the child inside of you and give you the chance to widen your perspective to the mystery and beauty of existence.

Reach out and you’ll find – there’s magic everywhere when you open up your eyes to it and allow it to wash over your senses. That magic is real, just like the everyday power inside of you.

Which of these magic quotes resonated with you best? Do you have any other favorite quotes to add? Tell us in the comment section below.