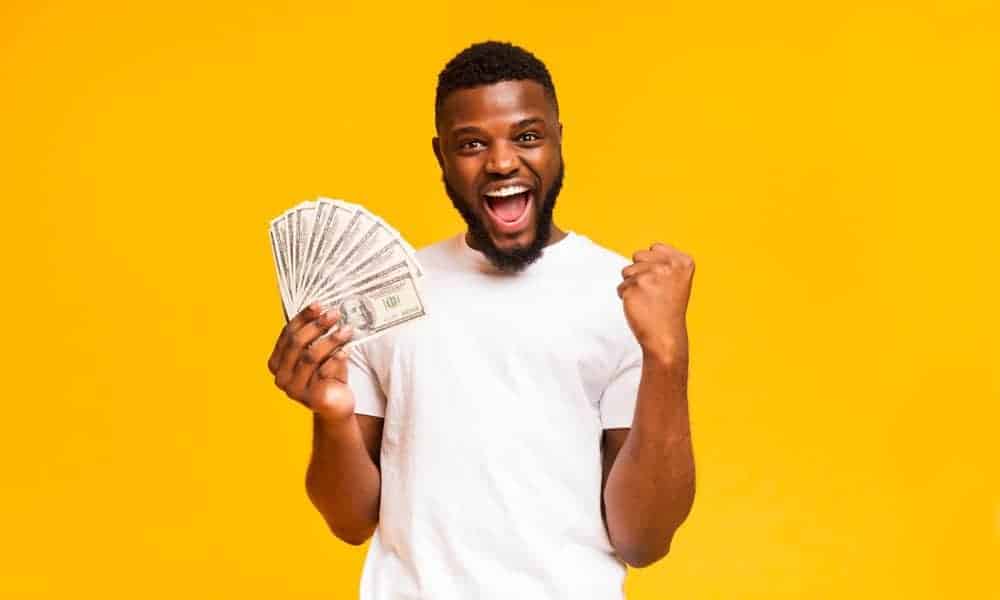 This “money quotes” collection will inspire you to make good use of your financial resources.

Money is an important commodity in our lives. Without money, you cannot buying anything you wish, you cannot pick the charities and causes you believe in and support them, and it will generally be difficult to live on earth.

Although money cannot buy everything, it plays an important role in our daily lives. It can’t buy happiness but it allows you to take care of yourself much better and makes it easier for you to meet your basic necessities.

Overall, money occupies a unique position in our modern capitalist world. As the saying goes, money makes the world go round. A lot of events could not happen within it.

To celebrate financial literacy and independence, below is our collection of inspirational, wise, and thought-provoking money quotes, money sayings, and money proverbs, collected from a variety of sources over the years.

You might also like these wise Dave Ramsey quotes from one of the most notable experts on financial success in the modern world.

2. ”If we command our wealth, we shall be rich and free. If our wealth commands us, we are poor indeed.” – Edmund Burke

3. ”Don’t tell me where your priorities are. Show me where you spend your money and I’ll tell you what they are.” – James W. Frick

4. ”Never spend your money before you have earned it.” – Thomas Jefferson

6. ”Frugality includes all the other virtues.” –  Cicero

7. ”A wise person should have money in their head, but not in their heart.” – Jonathan Swift

8. ”Financial peace isn’t the acquisition of stuff. It’s learning to live on less than you make, so you can give money back and have money to invest. You can’t win until you do this.” – Dave Ramsey

9. ”That man is richest whose pleasures are cheapest.”- Henry David Thoreau

10. ”Fortune sides with him who dares.”- Virgil

Money quotes to help you make good use of your finances

12. ”Investing should be more like watching paint dry or watching grass grow. If you want excitement, take $800 and go to Las Vegas.” – Paul Samuelson

13. ”Money grows on the tree of persistence.” – Japanese Proverb

14. ”Money is a guarantee that we may have what we want in the future. Though we need nothing at the moment it insures the possibility of satisfying a new desire when it arises.” – Aristotle

15. ”When I was young I thought that money was the most important thing in life; now that I am old I know that it is.” – Oscar Wilde

17. ”You can only become truly accomplished at something you love. Don’t make money your goal. Instead, pursue the things you love doing, and then do them so well that people can’t take their eyes off you.” – Maya Angelou

19. ”How many millionaires do you know who have become wealthy by investing in savings accounts? I rest my case.” – Robert G. Allen

Money quotes that highlight its importance in our daily lives

22. ”Many people are afraid to fail, so they don’t try. They may dream, talk, and even plan, but they don’t take that critical step of putting their money and their effort on the line. To succeed in business, you must take risks. Even if you fail, that’s how you learn. There has never been, and will never be, an Olympic skater who didn’t fall on the ice.” – Donald Trump

23. ”One penny may seem to you a very insignificant thing, but it is the small seed from which fortunes spring.” – Orison Swett Marden

24. ”More people should learn to tell their dollars where to go instead of asking them where they went.” – Roger Babson

25. ”What’s keeping you from being rich? In most cases, it’s simply a lack of belief. In order to become rich, you must believe you can do it, and you must take the actions necessary to achieve your goal.” – Suze Orman

26. ”To get rich, you have to be making money while you’re asleep.”– David Bailey

27. ”Wealth is largely the result of habit.” – John Jacob Astor

28. ”Lack of money is no obstacle. Lack of an idea is an obstacle.” – Ken Hakuta

29. ”Today the greatest single source of wealth is between your ears.”- Brian Tracy

30. ”Never stand begging for that which you have the power to earn.” – Miguel de Cervantes

31. ”You use your money to buy privacy because during most of your life you aren’t allowed to be normal.” – Johnny Depp

33. ”When I had money everyone called me brother.” – Polish proverb

34. ”I pity that man who wants a coat so cheap that the man or woman who produces the cloth shall starve in the process.” – Benjamin Harrison

35. ”Opportunity is missed by most people because it is dressed in overalls and looks like work.” – Thomas Edison

36. ”In investing, what is comfortable is rarely profitable.” – Robert Arnott

38. ”It’s not your salary that makes your rich; it’s your spending habits.” – Charles A Jaffe

39. ”If a person gets his attitude toward money straight, it will help straighten out almost every other area in his life.” – Billy Graham

40. ”Many people take no care of their money till they come nearly to the end of it, and others do just the same with their time.” – Johann Wolfgang von Goethe

Money quotes to inspire and teach

41. ”A simple fact that is hard to learn is that the time to save money is when you have some.” – Joe Moore

43. ”Happiness is not in the mere possession of money; it lies in the joy of achievement, in the thrill of creative effort.” – Franklin D. Roosevelt

45. ”Money is good for nothing unless you know the value of it by experience.” – P.T Barnum

47. ”You only have so many hours in a day, let others make the money for you!” – Nick Haase

49. ”Too many people spend money they haven’t earned, to buy things they don’t want, to impress people that they don’t like.” – Will Rogers

50. ”Money can’t buy happiness, but it can make you awfully comfortable while you’re being miserable.” – Clare Boothe Luce

51. “Money never made a man happy yet, nor will it. The more a man has, the more he wants. Instead of filling a vacuum, it makes one.” – Benjamin Franklin

52. “There is a gigantic difference between earning a great deal of money and being rich.” —Marlene Dietrich

53. “Money is only a tool. It will take you wherever you wish, but it will not replace you as the driver.” – Ayn Rand

54. “The quickest way to double your money is to fold it in half and put it in your back pocket.” —Will Rogers

55. “Empty pockets never held anyone back. Only empty heads and empty hearts can do that.” – Norman Vincent Peale

56. “Money is multiplied in practical value depending on the number of W’s you control in your life: what you do, when you do it, where you do it, and with whom you do it.” —Timothy Ferriss

57. “If money is your hope for independence you will never have it. The only real security that a man will have in this world is a reserve of knowledge, experience, and ability.” – Henry Ford

58. “You must gain control over your money or the lack of it will forever control you.” —Dave Ramsey

59. “Wealth is like sea-water; the more we drink, the thirstier we become; and the same is true of fame.” – Arthur Schopenhauer

60. “Money is a terrible master but an excellent servant.” —P.T. Barnum

61. “A woman must have money and a room of her own if she is to write fiction.” – Virginia Woolf

62. “Don’t think money does everything or you are going to end up doing everything for money.” – Voltaire

63. “The money you make is a symbol of the value you create.” – Idowu Koyenikan

64. “It’s easy to say you don’t care about money when you have plenty of it.” – Ransom Riggs

65. “Having money isn’t everything, not having it is.” – Kanye West

66. “Money has only a different value in the eyes of each.” – William Makepeace Thackeray

67. “Finance is the art of passing money from hand to hand until it finally disappears.” – Robert W. Sarnoff

69. “The problem of money is not a problem in having money but a problem in accepting money. If you try to protect it, save it, you don’t have it.” – Meir Ezra

Which of the money quotes above was your best?

The impact of money in our lives cannot be denied. It shapes our choices and habits. The role money plays can be seen in almost all aspects of life.

Having sufficient funds can benefit your lifestyle in many ways. Money affects our family lives, hobbies, travel, everyday purchases and much more. Hopefully, the above quotes will inspire you to make good use of your finances.

Which of the above money quotes resonated with you best? Do you have any other favorite quotes to add? Let us know in the comment section below.