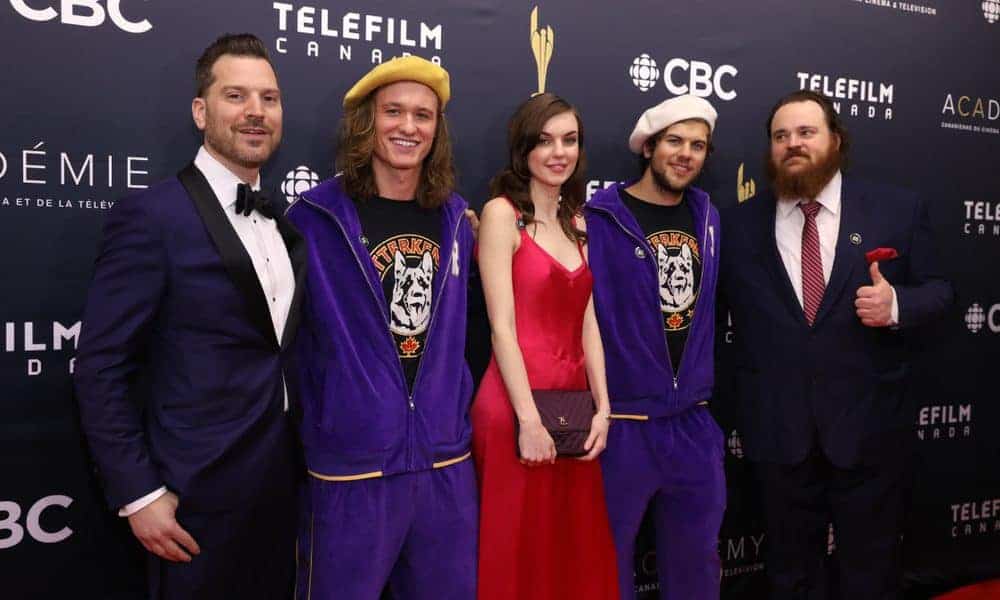 Have you ever wondered what it would be like to live in a rural Canadian community? I’m not sure how accurate Letterkenny is, but it paints a hilarious picture of life in the small town. You might have to learn some new phrases, but don’t worry we have you covered with these hilarious Letterkenny quotes.

Are you wondering what “Chel” or “Rips” mean? Chel is the hockey league and rips is a term for weed.

Wayne and his friends seem to have a blast, and if you are a fan of the show, you have undoubtedly been left in stitches thanks to their inappropriate sense of humor. Check out these funny Letterkenny quotes, learn some everyday slang, and have a good laugh!

2. “Tim’s, McDonald’s, and the beer store are all closed on Christmas Day. And that’s your whole world right there.” — Wayne

4. “You knew your pal had come into money when he started throwing out perfectly good pistachios like he was above cracking ‘em open with a box cutter like the rest of us.”  — Daryl

7. “Seeing as this is most certainly a one-off event and not a tradition that also falls on some made-up holiday that I couldn’t give a cats queef about, I’m out. There’s happiness calling my name from the bottom of a bottle of Puppers.” — Wayne

10. “You’d best be preparin’ for a Donny Brook if you think I’m going to that super soft birthday party of yours.” — Wayne

Letterkenny quotes for everyday use

Don’t forget to also check out these thrilling Gladiator quotes and sayings to keep you entertained.

24. “We only got one shot at this. One chance. One win. You know? Vomit on your mom’s spaghetti, or whatever that talking singer says.” — Coach

26. “Here’s a poem. Starlight, star bright, why the fuck you got earrings on? Bet your lobes ain’t the only thing that got a hole punched in ’em.” — Wayne

27. “It’s a hard life picking stones and pulin’ teats, but as sure as God’s got sandals, it beats fightin’ dudes with treasure trails.” — Wayne

30. “You’re pretty good at wrestlin’ there, Katy, and that’s what I appreciates about you.” — Squirrelly Dan

34. “I see the muscle shirt came today. Muscles coming tomorrow? Did ya get a tracking number? Oh I hope he got a tracking number. That package is going to be smaller than the one you’re sportin’ now.” — Daryl

35. “Closest you’re gettin’ to any action this weekend is givin’ the dairy cow’s teets a good scrubbin’.” — Wayne

41. “You seen a ‘coon havin’ sex with a barn cat on top of your truck? Fuck what’s the nature of that David Suzuki.” — Wayne

42. “You stopped toe curlin’ in the hot tub ‘cause you heard sperms stay alive in there and you’ve seen Teenage Mutant Ninja Turtles enough times to know how that story ends.”  — Wayne

43. “Fuck you Jonesy! Your mom just liked my Instagram post from 2 years ago in Puerto Vallarta. Tell her I’ll put my swim trunks on for her any time she likes.” — Reilly

44. “Fuck, Lemony Snicket, what A Series of Unfortunate Events you been through, you ugly fuck.” — Jonesy

46. “Fuck you, Reilly, go scoop it off your mom’s floor! She gives my nipples butterfly kisses.” — Jonesy

47. “Fuck you, Jonesy, your life is so pathetic I get a charity tax break just by hanging around you!” — Shoresy

48. “You ever hoover schneef off a sleeping cow’s spine?” “I’ve hoovered schneef off an awake cow’s teet.” — Daryl

49. “It’s like algebra…why you gotta put numbers and letters together? Why can’t you just go fuck yourself?”  — Wayne

50. “You naturally care for a companionship, but I guess there’s a lot worse things than playing a little one-man couch hockey in the dark.” — Wayne

Also check out these Sons of Anarchy quotes and lines from the popular crime drama.

51. “You wanna come to a super soft birthday party?” – Shoresy

52. “It’s Pertnear Time To Tune Into Letterkenny, So Be Sure To Set Yer Dials.” – Letterkenny

53. “Well there is nothing better than a good fart.” – Letterkenny

54. “You’re pretty good at wrestling there, Katy, and that’s what I appreciate about you.” – Squirrelly Dan

55. “I want to give back to the community by helping people find love.” – Wayne

56. “You stopped toe curling in the hot tub ‘cause you heard sperms stay alive in there and you’ve seen Teenage Mutant Ninja Turtles enough times to know how that story ends.” – Wayne

59. “You Were A Sniper In That Game Today And… Do You See That Sniper At 3 O’clock?” – Letterkenny

60. “Your sister’s lasagna gave everyone the scoots for weeks up in here.” – Gail

62. “His Girlfriend Was Going Out Of Town So She Tooted The Horn One More Time Before She Left.” – Letterkenny

64. “Every woman knows that the way to a man’s heart is not through his zipper, it’s through his stomach.” – Wayne

67. “Fuck Lemony Snicket, What A Serious Of Unfortunate Events You Fuckin Been Through You Ugly Fuck. Boulevard Of Broken Dreams!” – Letterkenny

68. “Got anymore of that electric lettuce? These darts aren’t doing it.” – Shoresy

69. “The New Season Of Letterkenny Is Coming To Cravetv. So Pitter Patter, Lets Get At’er And Watch It Already.” – Letterkenny

71. “Your dad says guys with big trucks have little dinks. And that makes sense cuz you want a real big truck and got a real little dink.” — Wayne

74. I need to give you one more chance to retract, no questions asked. Before this conversation becomes a confrontation.

75. Make Sure You Use That There Sunscreen ‘Cause It’s A Great Day For Hay.

Did you enjoy these Letterkenny quotes?

My husband went on a trip to visit his friends and came back saying things like “figure it out” and “pitter-patter.” I thought he had lost his mind, but he assured me it was only a symptom of binge-watching this ridiculously funny Canadian show. It has been months and he still uses these phrases. I am going to have to watch the episodes on Hulu and catch up!

I wouldn’t have guessed that a pair of Canadian siblings running a fruit stand and farm would be so comical!

Are you a Letterkenny fan? Did you enjoy these Letterkenny quotes and lines? Share your favorite episode or quotes with us in the comment section below!