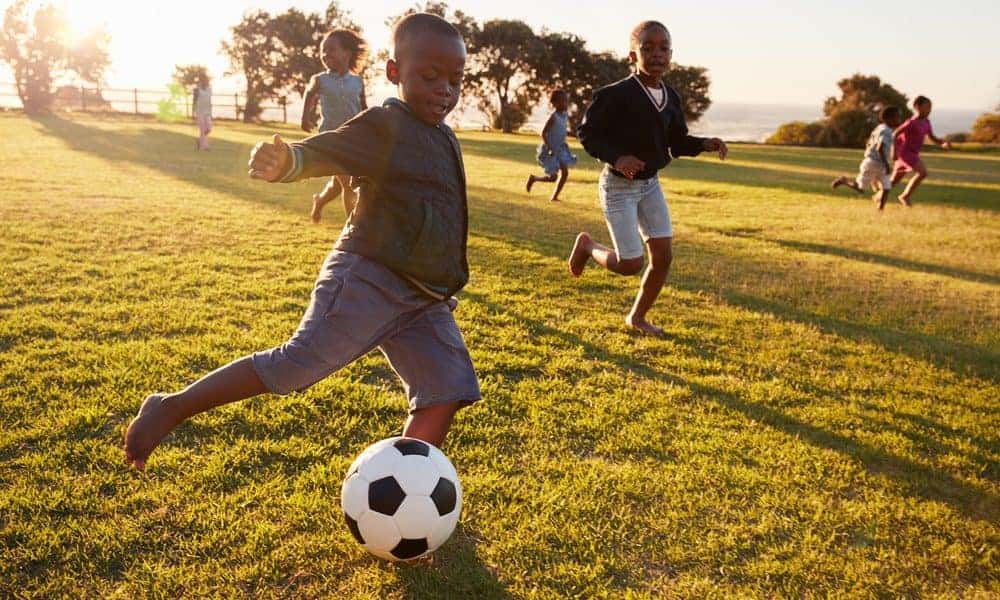 An exciting time that only comes once every four years, these World Cup Soccer quotes will have you feeling like a champion.

Whether you call it football or soccer, these soccer quotes by some of the greatest players in the game will motivate you to field harder and run faster.

Even better, based on all of the interviews and reports, we can even get into the mind of these extraordinary athletes.

All of the players have clearly demonstrated a major commitment to excellence, and that alone is super inspiring.

The 2018 World cup, which was held in Russia, was the 21st edition of the international football tournament. France once again showed its footballing prowess when it fought Croatia off in the final. This was France’s second world cup title and the first since it won on home soil in 1998.

Despite losing the final, Croatia captured the hearts of many around the world with their thrilling run to the final. The Croats survived three consecutive extra-time games and two penalty shootouts to reach their first ever World cup final, and they even had the better of the game. This was an amazing feat considering Croatia has a relatively small population of only 4.2 million people.

In that regard, here are some beautiful world cup soccer quotes to inspire you.

Don’t forget to also check out our collection of inspirational sports quotes that will get you working towards your full potential?

1. “I’ve never scored a goal in my life without getting a pass from someone else.” – Abby Wambach

2. “God gives gifts to everyone, some can write, some can dance. He gave me the skill to play football and I am making the most of it.” –Ronaldinho

3. “Success is no accident. It is hard work, perseverance, learning, studying, sacrifice and most of all, love of what you are doing or learning to do.” -Pele

4. “It’s not the will to win, but the will to prepare to win that makes the difference.” -Bear Bryant (Not really a World Cup quote, but a great one nonetheless! 🙂 )

5. “Everything is practice.” –Pele

6. “Your love makes me strong, your hate makes me unstoppable!” -Cristiano Ronaldo

8. “Take your victories, whatever they might be, cherish them, use them, but don’t settle for them.” –Mia Hamm

11. “Keep working even when no one is watching.” -Alex Morgan

12. “Maybe they hate me, because I’m too good.” –Cristiano Ronaldo

13. “I have to keep working hard and playing well because I don’t like to be second or third: they’re the worst places to be. You would be proud, of course, because it means you’re on the way, but you want to finish first.” – Paul Pogba

14. “The players are writing a beautiful page of French football history.” — Didier Deschamps

15. “Only in sport can you live through emotions like this. We knew how to put them in difficulty, we made them run, we prepared well.” – Samuel Umtiti

16. “Tactically, the coach did a perfect job yesterday, so we know we will be fully prepared.”– Antoine Griezmann

17. “I always look forward to playing for my national team, especially at major tournaments.” – Luka Modric

18. “I hope the players benefit from my experience but this is their final. It is something they have worked for and they will be able to enjoy it.” — Didier Deschamps

19. “People in football love to talk about mental strength. Well, I’m the strongest dude you’re ever going to meet. Because I remember sitting in the dark with my brother and my mom, saying our prayers, and thinking, believing, knowing … it’s [success] going to happen.” – Romelu Lukaku

20. “Our country has been through difficult experiences in terms of unity. Sport — football in particular — has the power to help that. It is a special feeling.” – Gareth Southgate

21. “Especially the English journalists and pundits from television, they underestimated Croatia. That was a huge mistake. All their words, we took, we were reading and we said: ‘Ok, we will see who will be tired.’ They should be more humble and respect the opponents. We dominated the game physically and mentally, in all aspects. We should have killed the game before extra-time.” – Luka Modric

22. “All goalscorers go on droughts. It is how you cope with that. And it is not just about scoring, it is about what you bring to the team, bringing others into play and getting assists.” – Harry Kane

24. “Everything in my life has happened very early, personally and professionally. I’m always learning: I have to.” – Neymar Jr.

25. “I kept my promise to myself for a while. But then some days I’d come home from school and find my mum crying. So I finally told her one day, “Mum, it’s gonna change. You’ll see. I’m going to play football for Anderlecht, and it’s going to happen soon. We’ll be good. You won’t have to worry anymore.” – Romelu Lukaku

26. “Since the beginning of the competition he has got it right, and I hope it will be the same for the final.” – Antoine Griezmann

27. “The questions around us principally come down to character; the essential ability to withstand events that go against you.” – Gareth Southgate

28. “I have to be scoring goals and playing well to get in the team because, if not, others who are in better form will play.” – Diego Costa

29. “I’m going to remember to have fun this time. Life is too short for the stress and the drama.” – Romelu Lukaku

31. “There is no pressure when you are making a dream come true.” – Neymar Jr.

32. “If you weren’t with me when I had nothing, then you can’t really understand me,” – Romelu Lukaku

Don’t forget to also read these motivational coaching quotes that will inspire your team to the next level.

34. “I never tried to hide the fact that my only goal is to be the best” – Cristiano Ronaldo

35. “I’ve always been working hard on my speed for the last few years. Obviously, I’m not slow, but as a striker, the more speed you have, the better you are.” – Harry Kane

38. “You have to fight to reach your dream. You have to sacrifice and work hard for it.” – Leonel Messi

39. “I want to win and always have done since I was small. I don’t know if it’s in my blood or just my personality.” – Diego Costa

40. “But it’s cool. Those people weren’t with me when we were pouring water in our cereal.” – Romelu Lukaku

41. “I worry when I can’t help the team with everything I have to offer.” – Luis Suarez

42. “There are more important things in life than winning or losing a game.” – Leonel Messi

44. “It is a unique and special feeling when the fans sing my name. It’s incredible when I hear the song, and it’s touching that there are people who connect with you.” – Philippe Coutinho

45. “Life is like a game of soccer. You need goals. If there are no goals in your life then you can’t win.” – Unknown Author

46. “Everything I know about morality and the obligations of men, I owe it to football (soccer).” – Albert Camus

47. “The more difficult the victory, the greater the happiness in winning.” – Pelé

48. “I just hate losing and that gives you an extra determination to work harder.” – Wayne Rooney

Soccer quotes to inspire and motivate you

49. “The first 90 minutes are the most important.” – Sir Robert William “Bobby” Robson

50. “When good soccer happens, I give thanks for the miracle and I don’t give a damn which team or country performs it.” – Eduardo Galeano

51. “I once cried because I had no shoes to play soccer, but one day, I met a man who had no feet.” – Zinedine Zidane

52. “Soccer is not just about scoring goals. It’s about winning.” – Unknown Author

53. “I don’t have time for hobbies. At the end of the day, I treat my job as a hobby. It’s something I love doing.” – David Beckham

54. “It is not just about the money, it is about what you achieve on the pitch.” – Ronaldinho

55. “Soccer is an art more central to our culture than anything the Arts Council deigns to recognize.” – Germaine Greer

56. “When people succeed, it is because of hard work. Luck has nothing to do with success.” – Diego Maradona

57. “I think there are a lot of things that soccer does in the communities that transcend the soccer field.” – Brandi Denise Chastain

59. “Something deep in my character allows me to take the hits, and get on with trying to win.” – Lionel Messi

60. “I learned a long time ago that there is something worse than missing the goal, and that’s not pulling the trigger.” – Mia Hamm

Soccer quotes that will brighten your day

61. “There’s no in-between – you’re either good or bad. We were in-between.”― Gary Linekar

63. “I would not be bothered if we lost every game as long as we won the league.”― Mark Viduka

64. “Failure happens all the time. It happens every day in practice. What makes you better is how you react to it.” – Mia Hamm

65. “I took a whack on my left ankle, but something told me it was my right.”― Lee Hendrie

66. “Those who say it can’t be done, shouldn’t interfere with those who are doing it.” – Billy Eberhart

67. “You’ve got to believe you’re going to win, and I believe we’ll win the World Cup until the final whistle blows and we’re knocked out.”― Peter Shilton

68. “Soccer is not about justice. It’s a drama, and criminally wrong decisions against you are part and parcel of that.” – Pete Davies

69. “The trouble with referees is that they know the rules, but they do not know the game.” ― Bill Shankly

70. “Some people tell me that professional players are soccer slaves. Well, if this is slavery, give me a life sentence.” – Bobby Charlton

71. “Football is the ballet of the masses.” – Dmitri Shostakovich

72. “The rules of soccer are very simple, basically, it is this: if it moves, kick it. If it doesn’t move, kick it until it does.” – Phil Woosnam

73. “Men spend their time in following a ball or a hare; it is the pleasure even of kings.” – Blaise Pascal

74. “Football is an art players paint with their feet.” – Maswood Alam Khan

75. “I learned all about life with a ball at my feet.” – Ronaldinho

76. “Football is the poetry of a motion.” – Pubudu Lasal Dissanayake

77. “Ability is what you’re capable of doing. Motivation determines what you do. Attitude determines how well you do it.” – Lou Holtz

78. “If a man watches three football games in a row, he should be declared legally dead.” – Erma Bombeck

79. “If Earth had a soccer team, everyone on Earth would wear the same jersey to support it. There’d be no them, there’d only be us.” – Peta Kelly

80. “Soccer must be played with the heart, not with strength and talent as perceived.” – ABC

Which World cup soccer quotes were your favorite?

Though the 2018 world cup is over, it will live in our hearts forever! To many soccer fans, this year’s edition was one of the greatest world cups ever.

Hopefully, these quotes from the greatest soccer players in the world have inspired you to reach your highest level.

Did you enjoy these world cup soccer quotes? Which quote was your favorite? Tell us in the comment section below. We would love to hear all about.