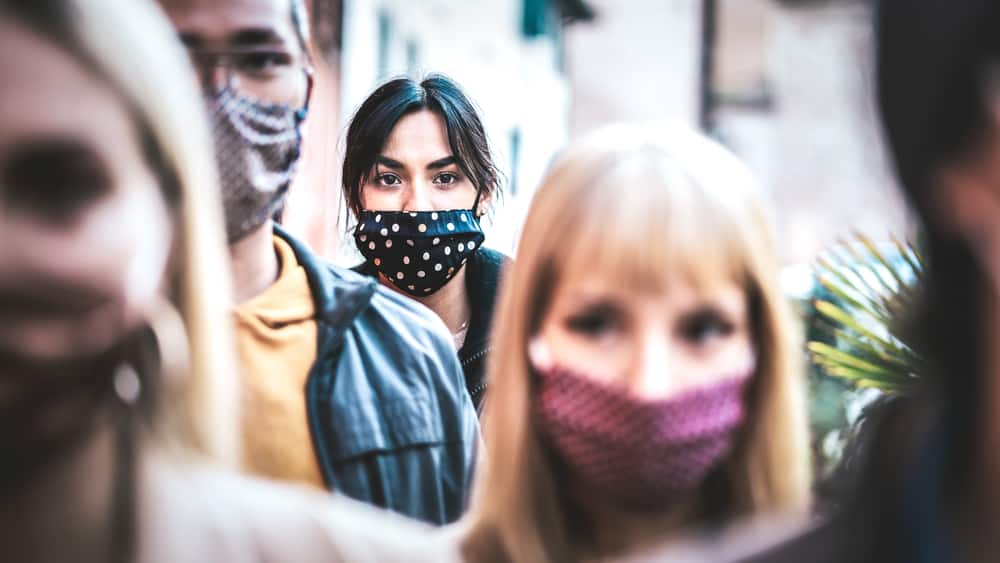 Humans have been trying to understand themselves and their role in the world for as long as they have existed. The term “The Human Condition” grew popular when Masaki Kobayashi directed a film trilogy by that name. The film is a Japanese epic trilogy made between 1959 and 1961, based on the six-volume novel published from 1956 to 1958 by Junpei Gomikawa. What is the human condition though, and why does it sound like we are sick or something is wrong with us?

People exhibit some terrible qualities like hypocrisy, vanity, and overconfidence that don’t show humanity in our best light. However, there are so many more qualities that are beautiful and equally human. The full spectrum of human emotions exists in all of us. The kindest people can still be cruel, and the cruelest people have moments of kindness. That’s something that is hard for most of us to understand, and I think the struggle with that is a part of unraveling the human condition.

“I can choose to accelerate my disease to an alcoholic death or incurable insanity, or I can choose to live within my thoroughly human condition.” — Mercedes McCambridge

What do we mean when we talk about the human condition?

“This idea of how everything is interconnected, and the impermanence of things… It sums up the human condition to me, and it helps me on my path.” — Jeff Bridges

Understanding the precise nature and scope of what the human condition means is a philosophical question. The human condition is all the characteristics and events that make up the essentials of human existence. We are born, and then we grow, and eventually face our mortality.

Our lives consist of emotions, aspirations, and conflicts. How we react and cope with these series of events is the human condition. When we wonder about the meaning of life or face moral dilemmas, we are taking part in the quest to explain the human condition.

The biological aspects of being human (birth, growth, and death) are the same for every human on the planet, all 7.674 billion of us. We must each be born to be human. We grow at a similar rate and reach developmental milestones around the same time. Some of us live longer than others, but eventually, we all reach the end of our lives. The circumstances that happen between birth and death are vastly different for each of us, but most of us experience similar emotions.

For instance, we have experienced joy and love and pain and sadness, even though the initial experience might have been different. My daughter is going through a pretty tough breakup right now with her girlfriend of two years. I was trying to explain to her how she will be ok, and she said to me, “What do you know about this? Dad was your first serious relationship and you are still married! The boyfriends you had in high school were not serious relationships.”

She is not wrong, but the two years I spent being repeatedly rejected by the boy I thought I loved in high school hurt… a lot. I felt those feelings of inadequacy she is experiencing now. I cried more tears than I ever should have because the person I loved didn’t love me back. She doesn’t see how the process and emotions are the same, even though the situation differs.

The most fundamental element of the human condition is our humanity. But just as our experiences differ, so does the definition of the things that make up who we are. For some of us, our careers and position in life define who we are. Others define their identity based on their religion (or lack of one) and the philosophies they believe. We each use our own perspectives to see the world and define the human condition.

Why does it have a negative connotation or sound like a disease?

“I really believe that all of us have a lot of darkness in our souls. Anger, rage, fear, sadness. I don’t think that’s only reserved for people who have horrible upbringings. I think it really exists and is part of the human condition. I think in the course of your life you figure out ways to deal with that.” — Kevin Bacon

Humans are capable of feeling intense joy, doing immeasurable acts of kindness, and coming up with innovative ways to solve problems. That is as much of the human condition as the human tendency to be selfish, evil, and cruel.

However, whenever I have spoken with people about the human condition, the focus is on the negative. Christian Jarrett points out, “Through history humans have demonstrated a sickening willingness to inflict cruelty on one another. Part of the explanation may be that we have an unfortunate tendency to see certain groups—especially outsiders and vulnerable people perceived as low status—as being less than fully human. One striking example of this ‘blatant dehumanization’ came from a small brain-scan study that found students exhibited less neural activity associated with thinking about people when they looked at pictures of the homeless or of drug addicts, as compared with higher-status individuals.”

Schadenfreude, which means experiencing pleasure at another person’s distress, has been noted in young children, showing that this is a part of humanity that is almost innate. I remember watching America’s Funniest Home Videos as a kid and laughing at the unfortunate accidents that people experienced on camera. It sounds wrong to take pleasure in the pain of others, but I am aware of just how often “good people” do just that.

Part of the human condition we experience in relation to others is a belief that there is justice and we get what we deserve in this world. So when something bad happens to us, we ask what we did wrong. I jokingly say, “I wonder what I did in a past life to deserve this…” far more often than I should. The flip side is that when bad things happen to someone else, we assume it is their fault.

Christian Jarrett also notes that “So strong is our inherent need to believe in a just world, we seem to have an inbuilt tendency to perceive the vulnerable and suffering as to some extent deserving their fate (an unfortunate flip-side to the Karmic idea, propagated by most religions, that the cosmos rewards those who do good—a belief that emerges in children aged just four).”

The human brain is wired to focus on the negative experiences in our lives. It is a psychological phenomenon referred to as the negativity bias. Kendra Cherry explains, “The negativity bias is our tendency not only to register negative stimuli more readily but also to dwell on these events. Also known as positive-negative asymmetry, this negativity bias means that we feel the sting of a rebuke more powerfully than we feel the joy of praise.”

However, love, birth, and kindness are as much a part of the human condition as the rest. If we shifted our perspective to talk about the human condition when we were at our peak experiences and not our lowest, I wonder what humanity would look like? Would we heal some of the ‘sickness’ and willingness to be cruel in our nature?

Would referring to the daily acts of kindness, incredible innovations, and humanitarian efforts around the world as the human condition improve humanity for all? Want to join in on the philosophical debate; leave your thoughts in the comment section below.

“Strangely, charity sometimes gets dismissed, as if it is ineffective, inappropriate, or even somehow demeaning to the recipient. ‘This isn’t charity,’ some donors take pains to claim, ‘This is an investment.’ Let us recognize charity for what it is at heart: a noble enterprise aimed at bettering the human condition.” — Ban Ki-moon